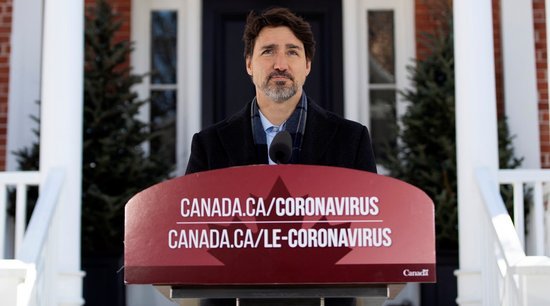 A petition to investigate Billionaire Bill Gates for “crimes against humanity” and “medical malpractice” gained a swift 289,000 signatures(much higher now) from concerned citizens, almost tripling the number required to get a response from the White House.

“The ‘We the People’ petition asks the federal government to call on Congress to investigate the Bill and Melinda Gates Foundation, stating that “Congress and all other governing bodies are derelict in duty until a thorough and public inquiry is complete.“

“Vaccines, for Bill Gates, are a strategic philanthropy that feed his many vaccine-related businesses (including Microsoft’s ambition to control a global vac ID enterprise) and give him dictatorial control over global health policy—the spear tip of corporate neo-imperialism,” wrote Robert Kennedy Jr. the nephew of former President, John F. Kennedy.”

“At the forefront of this is Bill Gates, who has publicly stated his interest in “reducing population growth” by 10-15%, by means of vaccination. Gates, UNICEF & WHO have already been credibly accused of intentionally sterilizing Kenyan children through the use of a hidden HCG antigen in tetanus vaccines.

It is reasonable to state that the ruling Liberal Government of Canada fully adhere to World Health Organization recommendations and rhetoric as it relates to the Covid-19 pandemic.

During the past week, Prime Minister Justin Trudeau has advanced the concept of Canadians— possibly all of us— receiving the Covid-19 vaccination remedy.

Not once has he or Liberal Health Minister Patty Hadju deviated from this positioning. Degree to which CAP are surprised? Nothing at all. Throughout his tenure as PM, Mr. Trudeau had consistently towed the “globalist line”

For CAP, this means he endorses all the “trademark” aspects of globalization—including the will of billionaire George Soros and his “Open Society Foundation.” Bill Gates is another globalist billionaire that Trudeau is in cahoots with. It is obvious Justin loves these type of international power-players.

Dear Patriots— kindly make a choice. Is our illustrious prime minister a “Trump” fan, or a Bill Gates follower? Seems pretty darn obvious where his allegiance is located.

More from a member of the ill-fated Kennedy Clan:

“Gates’ obsession with vaccines seems fueled by a messianic conviction that he is ordained to save the world with technology and a god-like willingness to experiment with the lives of lesser humans.”

CAP Opinion: Justin Trudeau is the same. Did Canada’s “king of kings” not come out of the gate in 2015 with missionary zeal regarding Syrian Refugees? Was his attitude toward Abortion in 2015 not “messianic” in its intensity?

It damn well was, and any common sense Canadian would have recognized this if Trudeau’s globalist media partners did not obfuscate his behaviour.

As for to “experiment with the lives of lesser humans,” CAP also has a theory. Here it is: this behaviour is fully indicative of communism. Social engineering a la Chairman Mao’s “Silent Revolution” comes to mind.

Mr. Kennedy appears to have insight into this political dynamic. Strange— CAP has expressed the same point-of-view. When it comes to the Trudeau Clan—Justin, brother-in-the-shadows Alexandre, as well as Papa Pierre Trudeau before them— all three have been “good-to-go” with the socialist machinations of dictatorships which have socially-adjusted their societies at certain points in history.

Ever here a Trudeau condemn the government of China—past or present—for mass destruction of “identifiable” communities. The correct answer is NEVER.

Conversely, here is what Pierre Trudeau had to say about Mao-Tse Tung:

No Canadian citizen—particularly Old Stock Canadians, Anglophones, Francophones, First Nations and other traditional communities, should go anywhere NEAR the Covid-19 vaccine. Personally, I wouldn’t recommend it to the thousands of our readers who hate what CAP has to say.

Watch and witness as Americans—and even Canadians— begin to join ranks against these “Masters of Globalization.”

We now have “your number”— Mr. Macron, Ms. Merkel, Gates, Soros, Trudeau, that tedious leader of New Zealand, Nancy Pelosi, Liberal MP’s in Canada, and their “reflection in the mirror,” the Democratic Party in the USA.