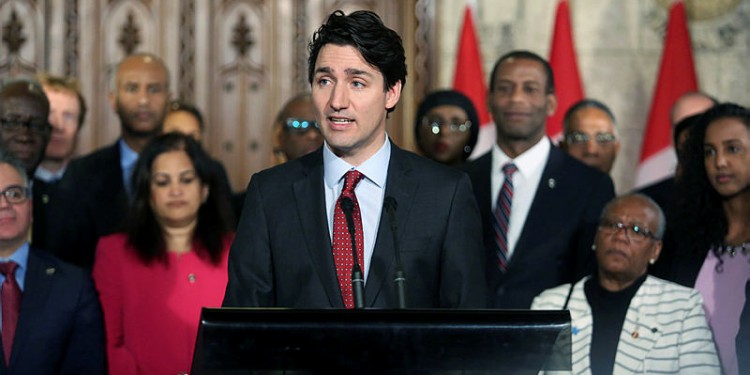 The topic of racialized, or “minority” community representation in Canadian government has for years been a priority issue within society.

Yet, after a federal election is called in 2021, mainstream media reveal next-to-nothing regarding the circumstances. Therefore, Cultural Action Party will do so.

One fact remains clear: there are more MP candidates of colour running for office than ever before. In terms of partisanship, the Liberal Party lead the pack. CAP count 70 candidates out of a roster of 338, or 20% of the overall team.

Conservative and NDP parties both enter the fray with 46 candidates each. While Sikh and Muslim candidates remain fairly consistent, it is Canada’s Black communities which have taken a leap forward. A significant change is noted in the number of candidates of African origin.

From a media perspective, the positioning isn’t difficult to anticipate. Very little, if anything, has been presented that suggests a tangible increase in racialized representation. Instead, we have their playing of the increasingly tired and tedious “race card” agenda.

According to CTV News, “women and racialized candidates are frequently on the receiving end of toxic tweets.”

“We tend to see not just more volume of toxicity but also attacks related to their identity, for example, or specifically gendered attacks.”

CAP do not condone hate or violence. We will, however, point out that CTV News neglects to expose that there are more candidates of colour than in any previous election. Additionally, rather than praise our country for its inclusiveness, media choose to go with the never-ending story:

When it comes to multiculturalism and diversity, nothing is good enough. The fine art of insatiability remains a standard of media perspective.

Regarding the holy issue of race relations, there is no point of satisfaction, nor any element of respect for Canada that colours media presentation

“It’s a start but more must be done, there is a lot more work to be done, education is the answer, more funding must be provided, Canada is a racist, bigoted, homophobic and xenophobic society.”

No wonder a substantial portion of citizens are sick and tired of globalism. There is no positivity– only scorn. And not only from multicultural non-profits who have received billions of dollars from government over the past five decades.

It is the mantra of Liberal Prime Minister Justin Trudeau, as well as NDP Leader Jagmeet Singh.

The 2019 federal election saw a record number of racialized, Indigenous, and women candidates on the ballot. In 2021, the number is even higher.

As it happens, Carlton University has issued a new study called “Tracking Candidate Diversity in Canadian Elections.” The project is led by Erin Tolley, the Canada Research Chair in Gender, Race, and Inclusive Politics.

The conclusions are devoid of shock value: “We know that elected institutions don’t fully reflect the populations they represent.”

Aka, not good enough. More is needed, etc. “This is important information for people to have.”  So says Carlton University, however it is not important enough for media in Canada to report on it.

Why not? CAP would sincerely love to understand the rationale:

Why is it that after fifty years of institutionalized multiculturalism, the number of positive media articles on diversity can be counted on the head of a pin?

Here is where it gets mighty intriguing. There is no measure for the success rate of multiculturalism. No barometer exists to determine success. There is no point of satiation. No measurement tools exist to demarcate that a satisfactory social balance has been achieved.

So what’s to stop the agenda from rolling forward forever? The answer, of course, is nothing. On this basis, what is to prevent a social inversion whereby minority representation in government transitions to Anglo-European communities?

There is nothing to stop it. All indications reveal that a fulfillment of the diversity agenda will never arrive. No ceiling, or “hard-stop” moment exists.

In this, perhaps we find the key to government, media and our academic world’s positioning on diversity within Canadian society.