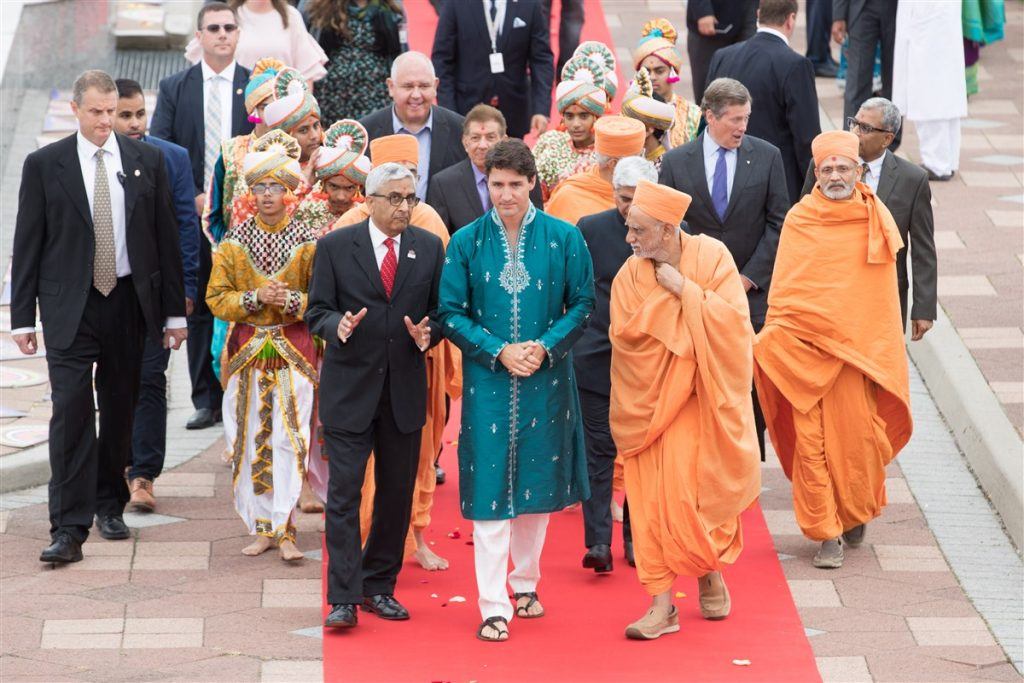 To make a group of people disagree and fight with one another so that they will not join together against one–  “His military strategy is to divide and conquer.”

Once a fundamental strategy for military conquest, the phenomenon takes on a post-modern meaning when applied to Prime Minister Justin Trudeau’s Canada. Military conquest is just so “2014.”

Upon election in 2015,  Justin Trudeau rendered the concept archaic. It has since been replaced with “social strategy”– divide community from community, and Canada is yours for the taking. Thus, a pre-conceived plan of social division was unfurled.

For the purpose of controlling society, Justin Trudeau knowingly and with intent began to divide Canadians from each other. His apparatus arrived in the form of identifiable community inclusion and exclusion.

“New Arrival” Canada transitioned to the apple of government’s eye. A number of reasons exist for the transformation:

“To know your future you must know your past” said philosopher George Santayana. The Liberal government’s preferred citizen class do not know Canada’s past. Therefore, they lack an ability to recognize where our country is headed in the future.

“Perfect,” murmur sycophants praying at the temple of Trudeau. “This way, millions of incoming Canadians cannot recognize our transition to an authoritarian state.”

Additional brownie points are awarded for a secondary quality– most of our modern wave of immigrants arrive from non-democratic or pseudo-democratic countries.

Major bonus points awarded. On this basis, new migrants from the 3rd World cannot distinguish between a corrupt, fake form of Liberalism, and the authentic brand which once guided our government.

As opposed to PM Trudeau’s nemesis community– those whom CAP refer to as Old Stock Canadians. These seasoned citizens understand Trudeau’s transition of our country to a socialist state.

As with most nefarious activities employed by the Liberals to divide Canadians from one another, the source of the strategy is found in Marxist political theory:

Marx and Engels applied the term Rasse, or the English race, to a wide variety of human collectives – from skin-colour groups to ethnicities, nations and even to social classes.

“During the 20th century, a number of regimes underwent Marxist-style revolutions, and each ended in disaster. Socialist governments in the Soviet Union, China, Cambodia, Cuba and elsewhere racked up a body count of nearly 100 million people.”

“Rather than abandon their political project, Marxist scholars in the West simply adapted their revolutionary theory to the racial unrest of the 1960s. Abandoning Marx’s economic dialectic of capitalists and workers, they substituted race for class.”

In 2015, Justin Trudeau applied the formula to Canadian society. Over the near-seven years he has remained prime minister, race has been elevated to the top of society’s totem pole.

Division of Society, Step 2: In Which The Liberals Apply Marxist Race Theory To Religion.

Not content with the pace of progress, Liberal strategists applied the same technique to religion. To accomplish their task, new arrival religions such as Sikhism and Islam have been elevated to the top of Canada’s religious food chain. Over time, Justin Trudeau’s incessant support of non-traditional religion began to grate on the nerves of common sense Canadians. What happened to the Christian foundation of society?

The answer is surprisingly simple: Justin Trudeau, prime minister of Canada, threw it in the trash bin. Don’t you know? If your last name is Trudeau, you have a right to unilaterally apply your personal whims to our entire society. It’s what Pierre Trudeau did upon cancelling Canada’s bi-cultural English and French identity. Without a speck of public input, the founder of multiculturalism set up Canada to become a 3rd World-dominant society. Justin Trudeau is appointed to fulfill the agenda.

The insatiable nature of communist-oriented takeover doesn’t stop there. To sweeten the deal, government threw a third wrench into Canada’s social engine.

Gender is the one. In 2015, “gender parity” became the buzzword on Parliament Hill. Once the sheen wore off, government introduced its corollary: transgenderism. What a beauty this has been.

It’s the story of how a practice involving less than 1% of society came to impact 99% of our social fabric. As directed toward the youth of our nation, it couldn’t help but further divide Canadians.

Trudeau led the procession, prancing around gay pride parades like a whirling dervish of so-called progressive politics. On-board with the agenda to the point of blindness to its downside, the PM began to anger traditional Canadians skeptical of the entire affair.

Thus it came to be that Justin Trudeau and the Liberals successfully transitioned society into the chaotic condition that exists at present. Is there a purpose in doing so?

CAP return to our original premise: the “divide and conquer” strategy. Canada’s days as a true democracy are numbered. Within a generation, our country will to cease to exist as an  democratic nation. Some say the transition has already been completed– a concept that fails to breach CAP’s belief system.

For us, what is herein described was pre-ordained decades ago— at least a half-century in the past. The kingpin was Pierre Trudeau and his anti-democratic entrenchment of Multiculturalism in the early 1970’s.

In 2022, Justin Trudeau is here to fulfill Canada’s transition to a socialist dictatorship. To accelerate the process, he divides community from community, and Canadian from Canadian.