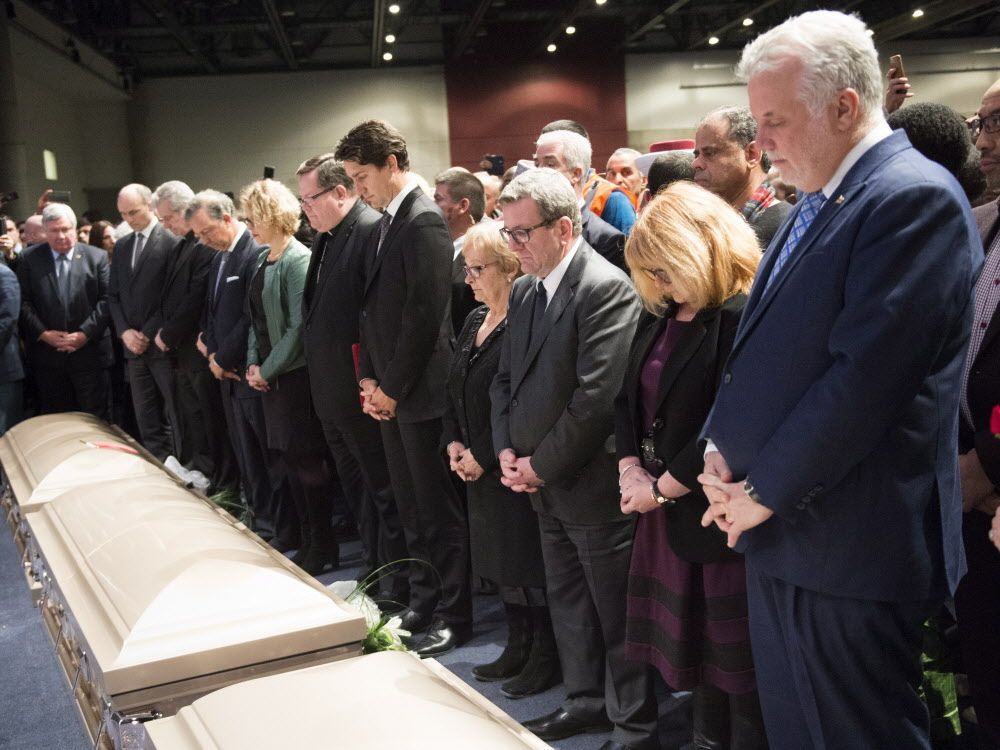 Five years after a gunman killed six men inside a Quebec City mosque, survivors of the attack are gathering to commemorate the murders.

Searching the internet on the topic brings up a plethora of articles on the grisly murders. The subject of “Islamophobia” is front-and-centre, accompanied by calls for gun control in Canada.

“Insanity is doing the same thing over and over and expecting different results,” stated physicist Albert Einstein. While the approach of government, media and multicultural groups may not qualify as insane, it certainly qualifies as counter-productive.

The cultivation of victimhood is a pointless endeavor. For the past six years–in tandem with Justin Trudeau’s time in office– this methodology has been in place. It hasn’t reduced racism at all.

One could argue an alternate purpose exists. One might add it is the case for every move by Trudeau’s behind-the-curtain strategists.

On this point, Cultural Action Party offer a theory never posited: Justin Trudeau uses everybody. He has transformed Anglophones into a nemesis community– for a reason. Inter-community division has been advanced — for a reason.

And Trudeau has integrated Islam into Canada for a reason. Let us be clear in our messaging: we are not speaking of an inherent malevolence within an identifiable community. We speak of usury– the manipulation of society by government for a purpose.

In Canada’s case, the purpose is transformation. Justin Trudeau is employed to establish a new Canadian order. The chances that he works for himself are nil.

An agenda exists for a transition of Canada to a non-democratic nation. If CAP had to guess, we believe the directive comes from billionaire banker George Soros, his lust for money, and his non-profit societies.

Some may have seen a video clip of potential prime minister Chrystia Freeland interviewing Mr. Soros. Her glee is obvious. For her and the audience, this man is some kind of God. Freeland is a disciple–and so is PM Trudeau.

Stemming from a socialist manifesto to create a world without borders, Soros’ Open Society Foundation is the key player in dissemination of 3rd World migrants to western nations.

Canada is a top repository, and Trudeau is the conduit making it happen. Thus, the throwing together of disparate communities, and inevitable conflicts that result.

Let’s ask a serious question: who believes that Justin Trudeau, Gerald Butts, MP Ahmed Hussen, MP Marco Mendicino and the rest of the immigration-fanatics could not anticipate an outcome of social discord?

Of course they could–but they did it anyway. As far as the victims of the Quebec Mosque shooting, the incident qualifies as a tragic loss. But the fact is, people are killed every day in Canada. Mass killings happen more often than we would like to believe. Many families have been part of these heinous events.

They don’t all have official national commemorations on an annual basis. This is where the trouble begins. It is found in the area of “special status.” If general society witness one community elevated over another, they get angry.

Why has Justin Trudeau applied blatant favouritism to 3rd World communities? Does he desire social discord? Is the reason because his goal is the establishment of a neo-Canada?

Lots of questions- none of them addressed by mainstream media. The problem for Canada’s Muslim community is rooted in perception. When non-Muslims witness an allocation of special treatment– particularly in an official government capacity– the blood begins to boil.

The Charter of Rights and Freedoms preaches equality for all identifiable communities. When those who breach the policy are government, you know Canada is in big trouble.