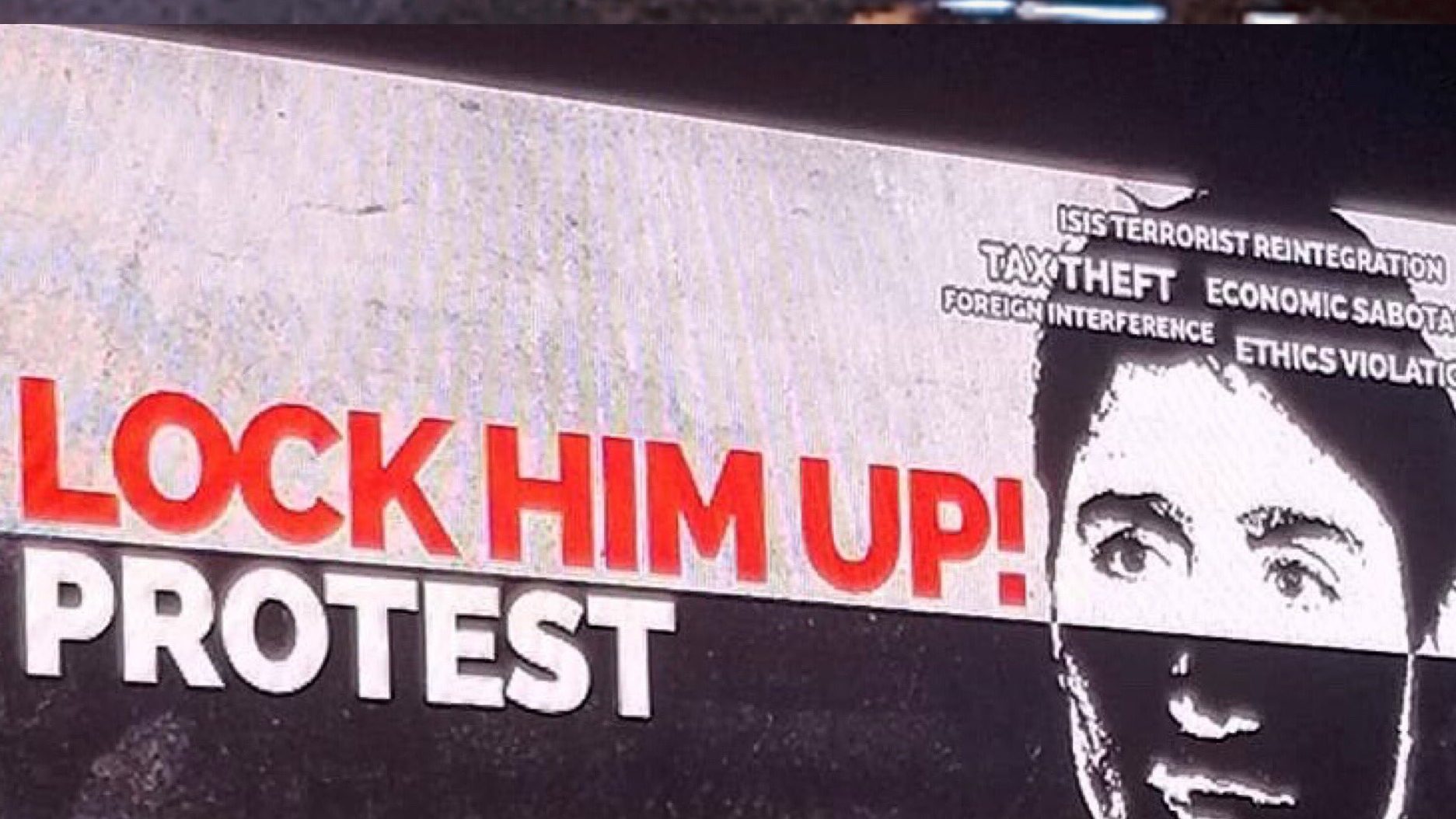 “Brantford police are investigating after a billboard showing Prime Minister Justin Trudeau in a Nazi uniform next to Adolf Hitler was erected in the city’s downtown.”

The City of Brantford is a two-hour drive from Hamilton, Ontario in the province’s South-Western region.

“Issues such as this are concerning due to their offensive and divisive nature,” said police spokesperson Robin Matthews-Osmond.

The sign depicted Trudeau performing a Nazi salute alongside the message “Trudeau 4 Treason.” In the billboard depiction, PM Trudeau gives a “Sieg Heil” motion with his arm.

What CAP is concerned with in this scenario is the incredible hatred many Canadians feel toward Justin Trudeau. Despite media presentation, this is trending upward in a major way.

A quick analysis of social media commentary tells the story. Cultural Action Party has followed the Canadian federal political scene every day of Trudeau’s five-year run as PM. A tangible is a shift in public sentiment is obvious and apparent.

As an example, we refer to the Facebook pages of ubiquitously left-leaning media outlet such as CBC News and the Globe & Mail. No one can deny their liberal-globalist affectations. And yet, in the past 6 months  commentary has swung from pro-Trudeau to anti-Trudeau in a major capacity.

“The Liberals continue to hold a lead in national polling over the Conservatives, with enough support that Prime Minister Justin Trudeau’s party could just about win a majority of seats if an election were held today.”

Rather perplexing, eh?  If voter popularity for Trudeau is on the decline, how can his popularity be rising in the polls?  We turn to the immigration factor.

Lacking more recent data, let’s peg the percentage in 2021 as 28%. That suggests 72% of citizens are today Canadian-born individuals.

Therefore, we return to the same question: how does government and media reconcile this most puzzling political dynamic? The answer, of course, is simple as pie: they don’t.

On a subjective basis, CAP fully believe what CBC, CTV and the pollsters have to say about a future federal election. Justin Trudeau will indeed become Prime Minister for a third term in a row. Yes, his Liberals may well return to a majority government.

Why? Could it be because voting in Canada is now secondary to the will of the Great Reset agenda? Within a covert dictatorship, democratic process is rendered meaningless. This is what CAP believe is the true state of Canadian society in the year 2021.

Shades of historical fascism? Justin Trudeau as a pseudo-dictator? While circumstances contain elements of “post-modern” totalitarianism, the essence of political reality in Canada aligns with that of a communist variety.