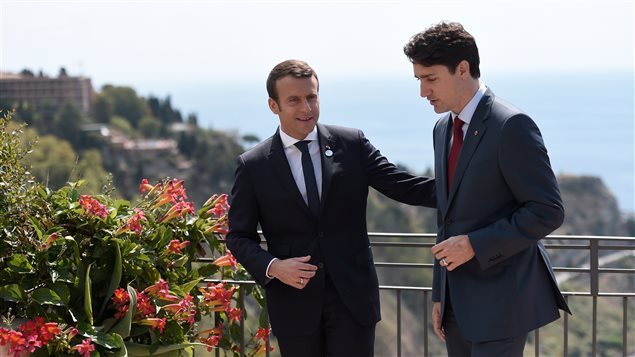 An Ipsos poll  places Le Pen’s populist-right party on 22 per cent, ahead of Macron’s progressive La République En Marche! which is at 21.5 per cent. A slender, but meaningful lead.

Populist parties are expected to make major gains in the EU-wide in the upcoming parliamentary elections. In Britain, the Brexit Party has been holding first place for a number of weeks. In Italy, populist deputy prime minister Matteo Salvini has found his right-wing League party topping the Index Research poll at 32.8 per cent.

And then there is Canada, where a more mild form of populism is gaining momentum. Andrew Scheer’s Conservative Party are leading in all major polls. The liberal left’s branding of Scheer, his party, and indeed all Conservative supporters as racists has done little to curb the momentum. Yes, it worked in 2015. But society has changed, and there is little chance the ploy will be effective come October, 2019.
A most interesting aspect of wanton liberalism is the attempt to demonize the populist movement. Referring to the rise of populism, social justice warriors speak of the phenomenon as if it is akin to the crime of mass murder. How dare people express opinions counter to the globalist agenda. Speaking of the will of citizens as a form of modern-day plague, these curious Canadians neglect a most critical fact: populism is, in fact, democracy in action.
The Liberal-Left HATE this kind of thing. It goes against the grain of their demands that public discourse on social policy must be a one-sided program of enforced ideological compliance. In other words, these people are closet fascists. As a social movement, populism has every right to exist and perpetuate. The real issue transcends the globalist/populist dichotomy. What counts is adherence to law, not ideology. As long as people remain law-abiding citizens, they must be free to express any political opinion they choose.
Say no go to that one, maintain Canada’s social justice snowflakes. We OWN social discourse, they say. And if one dares to stand in their way, out come snarling accusations of xenophobia and bigotry. Meanwhile,  these folks position their movement as one of inclusiveness. What hypocrisy!  It’s all so damn weak– yet up till this point in time, it has largely been effective.
This is changing. The “race card” played by censor-crazy leftists is loosing its sting. Populism has gone mainstream in America, as well as European nations sick and tired of leaders like Merkel, May, Macron and their programs of cultural decimation.
Canadians too are coming alive in this capacity. Polls reveal Justin Trudeau unlikely to win a second term as prime minister. Once out of office, perhaps Canada will get back on track, throw off the self-defeating yoke of globalism, and return pride to a nation rendered racist by its very own prime minister.
— B. SALZBERG