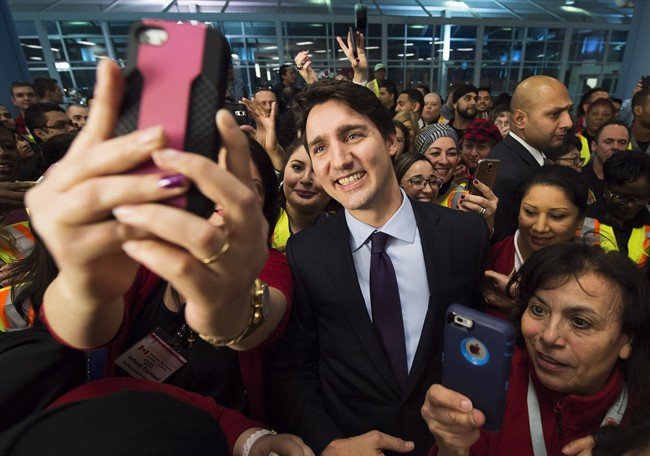 A new Ipsos-Global News poll on racism in Canada finds visible minorities are, in some cases, more likely to hold racist views than whites.

It found visible minorities are more likely than whites to think racist thoughts that they would not talk about in public (58% vs. 48%), and more likely to think it’s normal to be prejudiced against different races (32% vs. 21%).

Visible minorities, according to the poll, are also more likely to feel freer today than in the past to express their views about different religions and ethnicities than whites.

Very interesting. From the day Justin Trudeau seized control of society, racism in Canada has been depicted as a ONE-WAY STREET. Conferences and symposiums. “Islamophobia” rallies. Anti-racism initiatives. Government branding Anglophones racist for statements which have nothing to do with race or ethnicity.

All have one thing in common– white Canadians being depicted as racists, bigots and xenophobes. By NEVER the other way round. Do these events expose and counteract IMAM’s preaching hate in Canadian mosques?  Do they focus upon the Sikh Nationalist movement in Canada? How about hate-driven acts in the name of Allah? Nope.

The singular focus of anti-racism campaigns is Anglophone on non-Anglophone racism. Yet, along comes a polls telling us Third World folks are every bit as racist as bad, bad whitey–perhaps moreso.

How Justin Trudeau is this? Racism is indeed, a two-way street. In fact, it is more like a multi-lane turn about in downtown Toronto. Yet, political correctness obscures this reality. Social sciences within Canada’s universities have entire departments dedicated to running down English Canada and its history. A quick look at the names reveals the lion’s share are imported from foreign nations. Nice.

Until the topic of racism breaks out of its myopic shell, race-relations problems in Canada will remain extreme. Additionally, until Anglophones, Francophones and Christian-Canadians gain a voice within our multicultural society, the problems will remain.

Unfortunately, powerful forces in society want to maintain the status quo. They are making a GIANT mistake. The populist movement has momentum world-wide, or at least within western democratic nations. This isn’t going to go away.

Government, special interest lobbyists, media, academia and non-profit immigration and multicultural organizations would do well to change their tune, and end the Third World exclusivity of the diversity agenda in Canada. It is, most ironically, racist itself.

Of course, the last person who will do this is the first person one thinks of when pondering the state of Canadian society–Prime Minister Justin Trudeau. He wants the social chaos to continue.

Why? Because it is the most effective way to usher in the  re-birth of Canada he pines for so very much. Patriots know the one–it’s a Canada where the descendants of the founding people are being stripped of power by way of accusations of racism, bigotry, and xenophobia.

READ MORE: Is Justin Trudeau Working Toward A Third World Reformation of Canada?