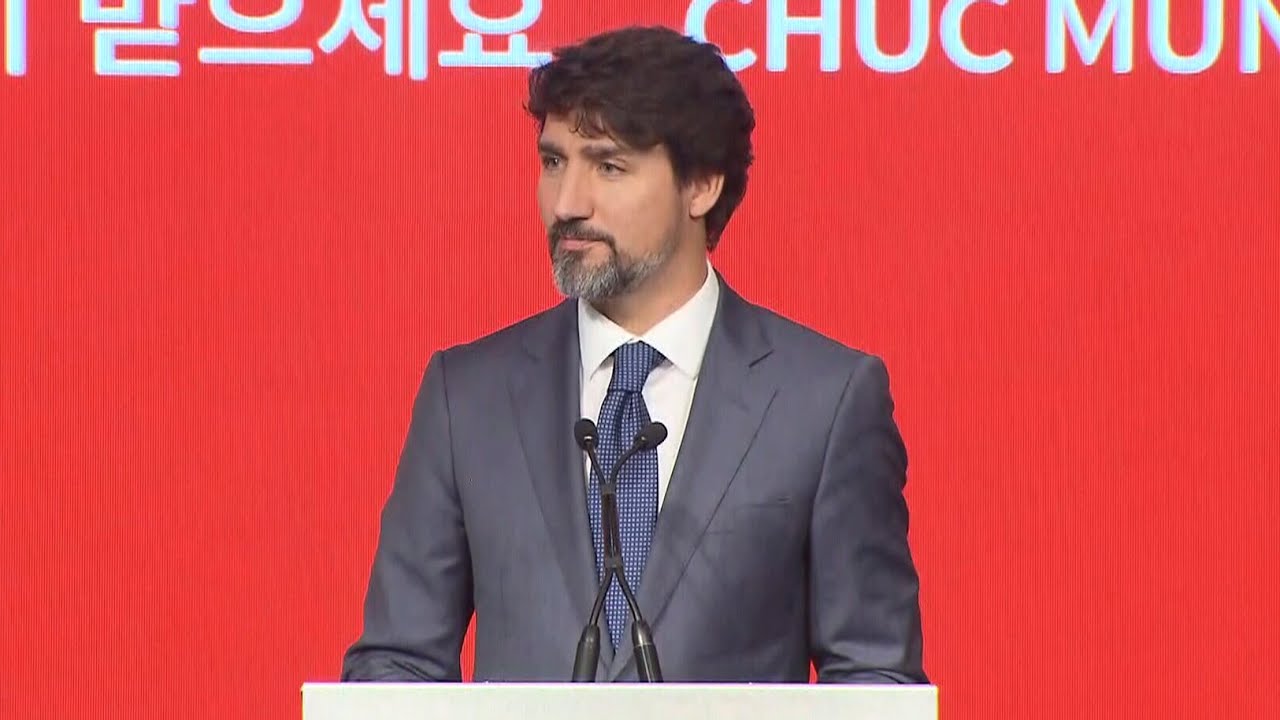 What a country Canada has become by way of Justin Trudeau’s agenda of societal transformation. Pay close attention to this aberration of a prime minister’s choice of words:

“Systematic racism is an issue throughout society–that’s what racism is.” Any other patriots notice that Mr. Justin is hereby defining systemic racism as–wait for it– “an issue.”

Degree of media analysis on this specious piece of nothingness? Why, it is nothing at all. Seems Canada’s resident quasi-dictator can say anything he likes–no matter how absurd–and it is all “well and good” according to CBC and corporate Canadian media.

Any other nations where this is the case? CAP choose the Trudeau family hero-nation of China. Beyond this, what we have here is what Globe & Mail and others never speak of:

The leader of Canada is today managing himself not in the manner of the twenty-two previous PM’s of Canada, but rather as if he is a dictator in a communist nation. Media say nothing of the sort–just as they do in China.

More condemnation of Canada from the prime minister of Canada:

“It is recognizing that the systems we have built over the past generations have not always treated people of racialized backgrounds, of Indigenous backgrounds, fairly through the very construction of the systems that exist.”

Rather than focus on specific elements of history, Trudeau slams our entire history, as well as all national institutions as racist, bigoted and xenophobic.

It was not until  after World War 2, in the early 1950’s that the concept of human rights took on a tangible form. In other words, by way of Trudeau’s definition, EVERY NATION on planet earth was racist previous to WW 2.

No matter for Justin–it is unlikely he is even aware of this factor. Add the fact that the international civil rights movement also developed post-war. The American Civil Rights movement, Martin Luther King Jr.— none of this occurred until at least the late 1950’s.

At the time of which PM Trudeau speaks, every nation was racist, and most were FAR WORSE than Canada. Guess what– they still are. Here CAP speak of the 3rd World nations PM Trudeau is presently funding by the billions.

Degree of condemnation from Trudeau on China for an internment of over one million Muslims? Nothing. Justin’s extent of criticism of Saudi Arabia’s 2018 crackdown on Women’s Rights within their uber-misogynist nation?

Again, a whopping nothing. Yet Canada– a western nation which incorporated national human and civil rights legislation into its Constitution in 1982, is a vile, bigoted country steeped in institutionalized racism.

What a steaming pile of Liberal-Globalist hypocrisy. Canadian media “tow-the-line” regardless. After all, National Post, Toronto Star and Global News Canada are no longer in the “news delivery” business. Within 2020 Canada, mainstream media are in the “Liberal-Globalist Propaganda” business.

Yes, CAP can be obsessive. Here is one piece of the puzzle which exacerbates the entire situation:

Ever hear half- Pakistani, Liberal MP Iqra Khalid  run down Pakistan for being a virulently racist nation? The correct answer is never. How about 3rd World half-Saudi Arabian MP Omar Alghabra. When is the last time this three-time MP winner condemned Saudi Arabia for their women-hating ways? Yes– it was on the 12th of Never.

Sheema Kahn’s condemnation of Islamic terrorism within the Globe & Mail? Shanifa Nasser of CBC’s critique of Afghanistan’s persecution of their Christian populations?

Never–that’s when. Now, consider our Canadian-born journalists. See how they run! Witness as Trudeau-puppet journalist Susan Delacort rips her own nation and her own communities. Watch as our Anglophone media contingent promote hatred of their OWN communities.

For CAP, this is axiomatic within the entire sordid spectacle. Let’s face it– from a macro-perspective, Canada is a self-hating nation. Hand up readers who believe this to be a natural, organic outgrowth within a western democracy?

Frankly, this is an impossibility. Therefore, the agenda must manufactured–and it sure as hell-fire is manufactured.

Justin Trudeau is the designated politician in Canada to achieve a comprehensive “over-haul” of Canadian society. The “systemic racism” agenda fits so very neatly into this political dynamic.

As it happens, Justin Trudeau attempted to cancel Canadian identity several years back, with his “post-modern nation” and “no core identity” proclamations.

As CAP opined at the time, this void will surely be filled with a new core identity. If racism in Canada is systemic, it provides the globalists with an opportunity to completely trans-form society.

Curiosities abound– none more so than an observation not a single concrete idea has been tabled which addresses how to alter Canadian society to create an “equal playing field” for all identifiable Canadian communities.

For CAP, not only is this a “pipe-dream,” but it is also a lie. The outcome of all this is not a resolution of racism in Canada, but rather the vilification of Anglophone & European Canadians.

This is being utilized to disempower our communities, and trans-fer said power to 3rd World communities, politicians, so-called “multicultural” organizations, and powerhouse pro-3rd World immigration lobbies.

MP Ahmed Hussen must be absolutely thrilled. MP Maryam Monsef, MP Omar Alghabra and the rest of the powerhouse GTA 3rd World posse of Liberal MP’s must be “walking on water.”

Meanwhile, Canadians of European heritage are being walked down a path toward their permanent branding as the nemesis peoples of Canada.

Such is the state-of-the-nation as the murder of a black American by a white American cop results in a systemic condemnation of white Canadians as nothing more than our nation’s greatest trouble-makers.