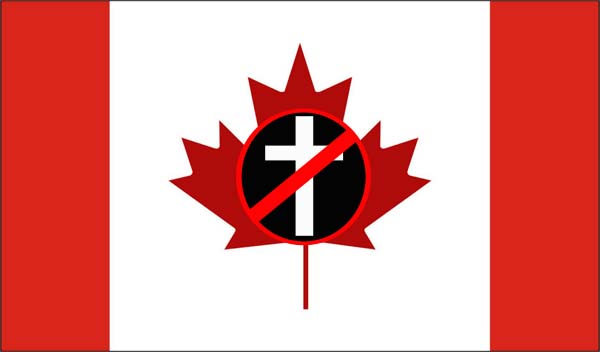 At a Calgary church in the province of Alberta,  pastor Artur Pawlowski has informed media that “gestapo” local police officers showed up and began demanding parishioners leave their Easter celebrations.

In video footage, six local police officers can be seen demanding that church attendees “please get out, get out of this property, immediately get out” based on a violation of COVID-19 regulations.

“I don’t care what you have to say, out!” Pastor Pawlowski can be heard yelling back at the officers who were attempting to disperse members inside the Alberta church on Saturday evening. “Out of this property, you Nazis. Out!”

Picked up by no less than Newsweek media in the U.S., this event serves as an unspoken culmination of the state of Covid-era society in Canada.

Unspoken, because mainstream media in Canada never speak of it. A culmination of events, because since the day our nation became pandemic-saturated, a covert assault has been taking place regarding the Christian faith.

Not the Sikh, Muslim or Buddhist faiths. This is an exclusive form of punishment focused upon a singular religious community– Christian Canadians.

Media say nothing of the sort, but Eastern European migrant Artur Pawlowski knows different. As it happens, this writer once spoke at an event hosted by Mr. Pawlowski in Calgary.

As I listened to this man’s presentation, it didn’t take long to discern why Pawlowski views this church crackdown in a manner distinct from other Canadians. He immigrated to our shores from a communist country. When speaking of this, his greatest fear was witnessing Canada emulate government policy manifest in his nation of origin.

This more than any other issue conjured up the Pastor’s greatest level of emotion. Pawlowski didn’t move to Canada to walk into a replication of communism inherent in his former country.

Most Canadians do not have the objectivity to distinguish this demarcation. Most have never before lived in a communist society. This is one of the main reasons that government–along with their media partners– are thus far “winning a war” against the Canadian majority.

If there is a war, then what are the “battle lines?” It is here that Cultural Action Party can only speculate. Here is our belief:

Canada is at present being transformed into a pseudo-dictatorship. Within such a society, Christianity is a hated entity. This is exemplified by the exclusive nature of the “pandemic war” on religion in Canada.

Degree of contemplation of these ideas within Canadian media? Zero–not a single sentence. Therefore, one can conclude media are working for government– another fundamental found in communist countries such as China.

It is here astute Canadians can begin to piece together what will never be communicated by way of CBC, CTV, Globe & Mail, or any other of our establishment media publications.

The advent of Justin Trudeau as prime minister directly corresponds to the beginning of the end of democratic governance in Canada. This CAP said from day one of the “post-modern”  era as introduced by the Trudeau government

From communist enthusiast Pierre Trudeau to post-modern communist dictator Justin Trudeau? Perhaps it is this journey which eludes our citizenship most of all.