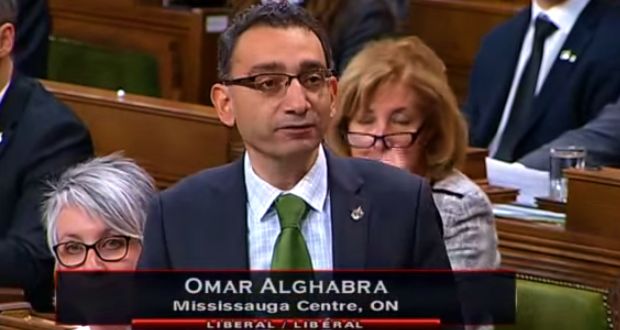 Led by the City of Ottawa, United Way East Ontario, Ottawa Police Service, and joined by many other organizations, the group will coordinate local efforts to overcome hate and violence in our city.

“We know members of our communities face Islamophobia, anti-Semitism, racism, xenophobia, and other forms of hate,” said Yasir Naqvi, Chief Executive Officer, Institute for Canadian Citizenship.” We’re here today to show that we are taking a unified approach to help address these issues.”

Yes- it is a unified approach– unite all Anglophones into a monolithic community stepped in racism and bigotry. Always the way–forever and a day. Witch-hunting organizations such as Muslimlink, National Council of Canadian Muslims and the Anti-Hate Network love to slam Old Stock Canadians as racists and bigots–without ever coming out and explicitly stating who the perpetrators are.

Yet, any informed Canadians(step aside Snowflakes) understands the message implicit in the program– the racists and bigots are all White Canadians. Why so cowardly? It is perfectly logical that if such comprehensive racism exists in the fashion described, some group of Canadians must be responsible.

From the Old Stock Canadian perspective–the one currently being suppressed by way of Canadian media– what difference is there between an implicit and explicit approach?

Is the end game not the very same? The Liberal-Globalist assault upon English Canada always is–these agendas are written-in-stone, and immutable– just like the so-called “multicultural” organizations driving this anti-Anglophone agenda.

Please do tell, Ms. Amira Elghawby— how much energy will be placed upon IMAM’s preaching hate in Ottawa mosques? How much of your resources will focus upon fundamentalist/militant Islam’s attack upon Christians?

Let CAP guess– “nothing from nothing leaves nothing.”  In other words, this “anti-racism” initiative is an anti-white agenda disguised as an advance of “human rights” issues.

My oh my–how incredibly “Justin Trudeau” this is. And of course this is the case. Globalism is naturally a globalist phenomenon–meaning the patterns repeat over and over in a pre-conceived manner.

But you know what really get CAP’s goat? When Canadian mayors support a set-up for the demonization of those who  come from the same heritage as they do. What a common phenomenon this is– it is practically ubiquitous among Canadian mayors.

In fact, after Justin Trudeau, Gerald Butts, MP Ahmed Hussen, academia and media, CAP will state Canadian mayors collectively support the vilification of their own people.

John Tory of Toronto. Jim Watson of Ottawa. Lisa Helps of Victoria. Bonnie Crombie of Mississauga. Each one is fully on-board with shaping the collective character of 25- odd million Old Stock Canadians into a rabid gang of uneducated racist meatheads.

All in a day’s work, eh? What a state-of-affairs. Justin Trudeau spent four years demonizing Anglo-Canada by way his vote-pandering, grovelling apologies to every non-Anglo community he could find: Sikhs, Chinese, Jews, Muslims, First Nations.

What did this do for our people? Branded them racists, bigots and xenophobes. Who agreed with him? Immigration Minister MP Ahmed Hussen, MP Iqra Khalid, and other members of PM Trudeau’s “globalist” inner circle.

On a provincial level, the government of British Columbia has also delivered apologies for the historical–as well as present-day– behaviour of Old Stock Canada. After both Justin Trudeau and former PM Stephen Harper apologized for the Chinese Head Tax of 1905, ex-Liberal Premier Christy Clark’s government also issued an apology.

Then, the following year, Raymond Louie of the Vancouver city municipal government issued a third apology for the Chinese Head Tax. Good enough? Of course not–we are talking about insatiable multicult-pushers here– being dissatisfied is woven into the DNA of these forces.

Okay, so we have all three levels of government grovelling to Third World Canada based upon their collective surge in political power in a post-Pierre Trudeau Canada.

Boy, are these Canadians all over the place regarding the joys and sorrows of Third World Canada. One of the most tell-tale signs of the entire sordid affair lies with this Islamic Heritage Month propaganda piece–Canada, in truth, has no Islamic heritage.

Consider this thought– to what extent has Islamic philosophy or ideology impacted the formation of Canadian society. Quick answer– to no extent at all.

Trudeau-family created liberal-globalist outcome? Anglophones are bigoted bastards, and rabid racists. Fair and equitable? You be the judge. Then, what happens next?

Stone-cold silence. It’s always the way with these people and their nefarious political agendas. So Bonnie Crombie, John Tory and Jim Watson have fully bought into the “whitey as menace” theory–regardless of the fact they themselves are Canadians of this variety.

How “Liberal-Globalist” this is. Imagine how happy Anglo-bashers like Senator Ratna Omidvar are. Third World-centric journalists Shree Paradkar and Sheema Khan are over-the-moon about it. Jasmine Zine, academic white-basher from Wilfred Laurier is also well pleased.

But millions of Old Stock Canadians are not impressed in the least– and with every day that passes, more and more are awakening to the “snow-job” Trudeau and Gerald Butts have planted into the garden of Canadian society– the concept that white Canada are nothing more than spiteful, hateful racists and bigots.