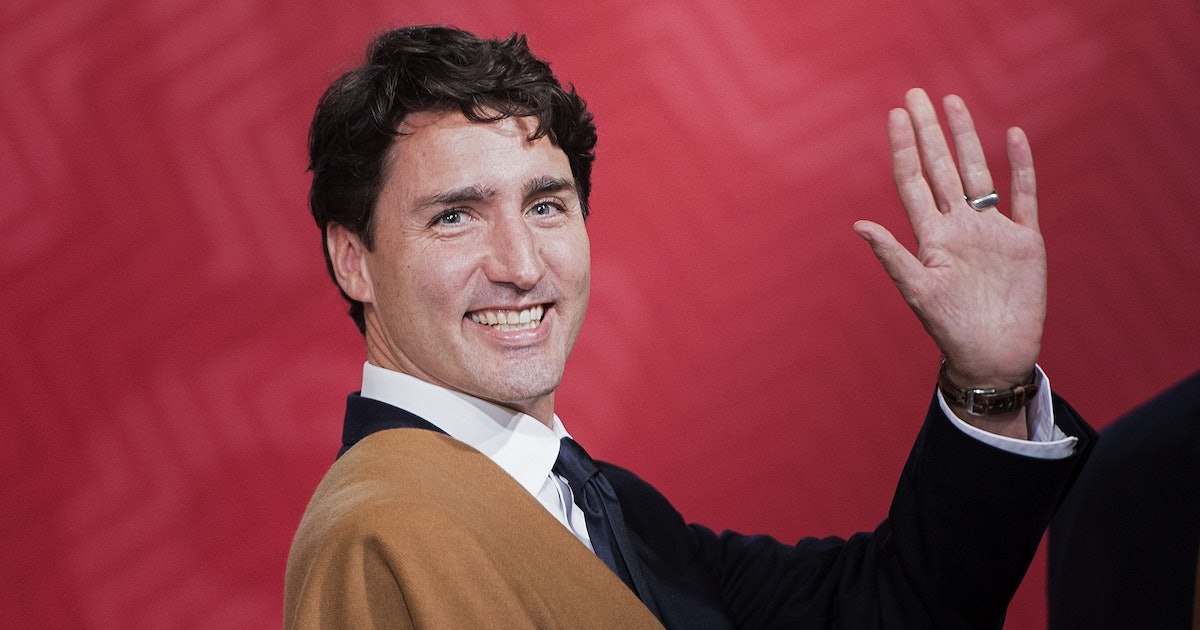 “Canada admits about 600,000 foreign students each year. That’s more than the roughly 400,000 immigrants admitted in the same time frame. Together, they have a significant impact on a thinly populated nation of just 38 million.”

A “significant impact” is putting it mildly. We speak of language used by CBC, Globe & Mail and the rest of mainstream media in Canada.

The truth is altogether different. The impact is not significant–it is “nation-changing.” 600 thousand foreign students each year added to 400,000 equals one million migrants per year.

Keep this up for 40 years, and the population of our country doubles. Keep it rolling for just 30 years, and witness as white Canadians transition to a minority community. Number of times legacy media in our country reference this inevitability?

Begin at never, and don’t stop till you get enough. Have you heard the news? Under the iron-clad control of PM Justin Trudeau, our nation is being fundamentally transformed into a 3rd world dominated society.

Toronto Star say nothing. National Post refuse to muse on the topic. Due to media obfuscation, the future of Canada remains locked in a woke media closet. Did you know? Institutional Canada— those driving our country toward neo-communist status– are  “progressive” in nature. The powers that be are working to blend immigrants and refugees into a singular commodity:

“Federal and regional governments, along with companies and private support groups, are adopting the word ‘newcomer’ as a more inclusive term that avoids the stigma sometimes attached to the words ‘immigrant’ and ‘refugee.'”

“Harald Bauder, an immigration expert at Toronto Metropolitan University, said it makes sense to lump immigrants and refugees together under one term.”

Sure it makes sense–when the goal is a complete reinvention of Canadian society.

We turn to related developments:

“Member of Parliament Sonia Sidhu, on behalf of the Honourable Sean Fraser, Minister of Immigration, Refugees and Citizenship, alongside Member of Parliament Shafqat Ali, today announced that Immigration, Refugees and Citizenship Canada (IRCC) will continue to reunite families by accepting up to 15,000 applications for sponsorship under the Parents and Grandparents Program this year.”

Very nice for the Sidhu’s and Ali’s of society. For Canadian-born elderly, we turn to Liberal Government policy:

Turns out that elderly “Old Stock” Canadians are on a different trajectory. Six feet under being the operative. What to conclude? Can we be as caustic as to say government are knocking off our domestic elderly while increasing the volume of elderly migrants from Syria, Afghanistan, Iran and Somalia?

Anyone recall a two-year history of Covid consternation at the hands of Trudeau and the Liberals? Frozen bank accounts, being branded as racists and white supremacists? An insistence by government that Canadians must indulge in Trudeau-promoted vaccinations?

Turns out it doesn’t apply to Canada’s uber-privileged “newcomer” class:

October 15th, 2022: “Canada is waiving the requirement for medical exams for around 180,000 applicants for temporary and permanent residence who are already in Canada.”

As published by CTV News— not.

Blimey–that’s two areas in which the Feds treat the Canadian-born like dirt, then turn around and heap privilege on non-Canadians who have paid a total of zero dollars in taxes to government.

Can CAP hit a triple-play? Heck, it’s like stealing candy from a baby:

October 16th, 2022: “Immigration Refugees and Citizenship Canada (IRCC) have announced the 13 amendments to the Immigration and Refugee Protection Regulations concerning Temporary Foreign Workers (TFWs). All the 13 amendments are designed to strengthen protections for TFWs and enhance the TFWP.”

“The TFWP is a program which allows employers to hire internationally to fill in the labour force gaps. TFWs have the same rights as Canadian citizens or permanent residents.”

CAP will take a run at it:

Canada as it was known from its founding in 1867, through to the year 2015, is finished. The latter demarcation is selected because 2015 is the year Justin Trudeau became Canadian prime minister.

Astute Canadians knew what was in store for our country post-2015. We speak of a fundamental transition of our nation to a 3rd world, migrant-dominated society. Add to this a government-media deception regarding the destiny of our country.

Considering the ebb and flow of the history of nations, CAP note an ominous condition. Historical revolutions always include a vilified community. In terms of Trudeau’s Woke Socialist Revolution, the demonized consist of an aforementioned community:

Canadians of European origin, Christians, Conservatives, Working Class, Oil Workers, Truckers, Farmers and the like. All have been targeted by Trudeau as racist bigots.

Put it all together, mix and measure, and what emerges? Away from the media spotlight, we discover the meaning of Justin Trudeau’s proclamation claiming Canada to be a post-modern society.

Naturally, he never elaborated on the topic, so CAP will do it for him:

Our PM is engaging in a re-invention of Canadian society. The key word in all of this is “inversion.” As in, Team Trudeau are working to payback Anglophone-Canadians for the misery of the colonial founding of our nation.

In this society, white Canadians are to find themselves at the bottom of the social totem pole. Justin Trudeau’s chosen communities are the future of Canada.

Media say nothing. Can you imagine? A country in the process of total transformation–a social, or socialist revolution– and media say nothing about the its reality.

CAP can imagine it. Pourquoi? Because it’s the damn truth. The Liberals and their paid-off media partners are not interested in truth. Propaganda is their bag. As in when they begin to speak about hogwash such as “white privilege.”

Do tell, fellow patriots– where within this scenario do you see “white privilege” being practiced? Is not the very opposite the truth of the matter?

Justin Trudeau has been a dangerous political figure from day one. His heroes are not promoters of democracy, but rather communist despots such as Mao Tse Ting and Fidel Castro.

Not a problem for media. All together, 38 million Canadians are being led down the plank from a first world democracy to a 3rd World dictatorship.

Yes, Justin Trudeau hates our “Old Stock” community that much.