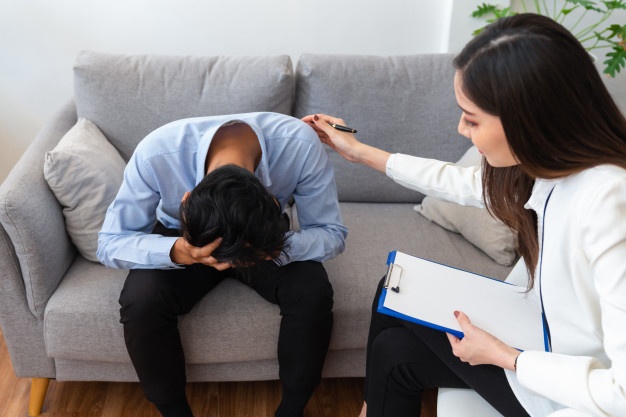 In terms of upbringing and family, human beings are products of their environment. Depending on the circumstances, our psychological lives vary from quality mental health to neurotic conditions, personality disorders, and in rare cases psychosis.

The psyche of Justin Trudeau is shaped by the same factors as all of us. What characterizes his thinking is largely based on his childhood upbringing. Psychologist Alfred Adler introduced birth order as a relevant factor. Sibling relationships factor in as well.

When someone grows up in a famous family, a demarcations exists. It creates a situation unexperienced by 98% of human beings. Young Justin grew up in the shadow of famous father Pierre Trudeau. In such cases, the father is usually a pre-occupied individual. A child’s need for parental attention remains unfulfilled. Thus, a lifetime of trying to prove oneself to a father figure.

As the oldest of three sons, Justin Trudeau grew up an underachiever. Within the family unit, this magnified insecurities felt by an oldest son. Self-esteem was affected. In such cases, a superficial view of life often results. Desperate to create an image of success, concrete elements are cast aside. Moving to adulthood, what matters is “how things appear”– a staple in the world of politics.

The marriage of Pierre and Margaret Trudeau was not a successful one. Margaret was much younger than her husband. She did not share his intellectual pursuits. As it transpired, many moments existed when mother’s behaviour would have embarrassed a teenage Justin.

It is worth noting how media has treated Margaret Trudeau regarding her self-professed manic depression. Despite grim realities of forced institutionalization, media have always presented the circumstances in a jocular manner.

This makes little sense. Bi-polar illness is often extremely serious. On a biological basis, it can be passed from parent to child, although intensity is often reduced. When Margaret Trudeau put on a show of her life story in Chicago in 2019, her mania was treated in a jovial manner by the Canadian press.

Some of us have heard rumours of Margaret Trudeau-Fidel Castro liaisons. Few, if any, know whether there is truth to these stories. Either way, it’s likely such rumours could have a negative impact on her son’s thinking.

Mother Margaret gained a reputation as a “loose” young lady. Spending time at Studio 54 in New York, partying with  Ron Wood of the Rolling Stones(not Jagger). To add rumours of high-flying infidelity of the Castro variety would add to Justin’s inner turmoil.

Thus, an outcome derived from Freudian theory— cognitive ambivalence– when a person both loves and hates something at the same time. Psychology considers this a source of a neurotic personality.

Fast forward to 2014, and we find an under-educated, under-qualified Justin Trudeau running for prime minister. His resume borders on the absurd— bouncer at a nightclub, part-time high school teacher, ex-snowboard instructor. An extremely poor foundation for Canadian prime minister. It is also a recipe for deep-rooted insecurity. His only qualifications were vicarious learning, and picking up the basics through osmosis.

In 2015, Justin Trudeau wins the federal election. Think this fellow has a lot to prove? What would be the outcome other than impetuous decisions driven by a desperation to legitimize oneself?  Obvious example — his “tweet to the world” inviting illegal refugees to rush the Canadian border. Spontaneous it was– as in, possible manic behaviour.

Those affected by Narcissistic Personality Disorder share a common trait– a desperate need to be loved, often to the point of worship. Obvious even to him it wasn’t to come from the Canadian-born, Trudeau morphed himself into a demi-god for 3rd World migrants. We witnessed this in the form of Bollywood dance moves in Sari-silk outfits. Within his myopic mind, Trudeau was at the top of his game.

Yet, behind the scenes, a “shadow reality” went undiscovered. Forces existed which not only helped Trudeau become prime minister, but maintained an interest in guiding him to accomplish specific goals.

Was a specious-thinking Trudeau being propped up by “external” forces? Recalling propensity for the superficial, the role of PM  degenerated a “North of the 49th” stage show. For power players such as Klaus Schwab of the World Economic Forum, Trudeau’s hollowness holds great value. The man is impressionable. A few well-selected strokes to the ego can lead to the desired result. Whomever whispers in his ear stands to get what they want– particularly when backed by big money.

Thus began six years of automaton-like behaviour during which every decision towed the “woke globalist” line. Once made, decisions were cast-in stone. How is this to be a positive condition within an ever-changing world?

Covid provides an example. One would think that with a 70-kilometre trucker convoy breathing down his neck, the PM would offer at least one variation on a theme. No such luck–  Trudeau did not alter his vaccine attitudes one iota. Climate change, immigration, refugee intake, carbon tax, deficit, inflation. You name it— and Trudeau is stuck like glue to his original decision.

How obvious can it be that Justin Trudeau is an aberration of a national leader? Media approach nation-transforming social developments as if delivering NHL Hockey scores. By way of CBC News, one would believe trillion dollar deficits constitute “another day at the office.”

From day one, Justin Trudeau has been the wrong man for the job. The irony is, after three federal election victories, he remains on his throne.

How an under-qualified individual like Justin Trudeau became prime minister—and stayed there— is the stuff of unprecedented political folly. Not to mention political manipulation at the highest level.

20 thoughts on “On The Couch: A Psychological Assessment of Justin Trudeau”