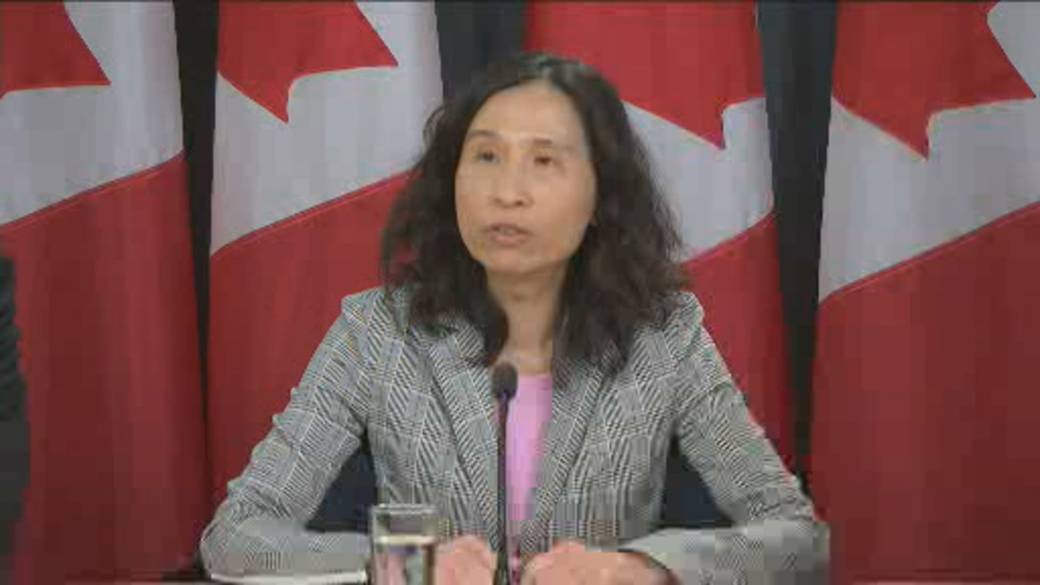 Major consternation flares up this week as a Conservative Member of Parliament issued the following public statement:

“Does she work for Canada or for China?” [Derek] Sloan, the Convervative MP for Hastings–Lennox and Addington, asks in a video posted to his social media accounts on Tuesday.

MP Derek Sloan had the temerity to question the conduct of Dr. Teresa Tam as it relates to the thorny issue of Coronavirus, China, and Canadian media’s attempt to minimize the political fall-out.

Among other comments, this Conservative MP questioned Ms. Tam’s loyalty to Canada regarding Covid-19. This is a question CAP has posited several times as well:

Exactly what entities are Dr. Tam working for? Our conclusions are as follows:

Naturally, the topic of racism is a touchy subject. Yet, a sensible Canadian should be able to distinguish between “by-the-book” racism, and what people like Justin Trudeau label racist behaviour.

Here’s the thing about these liberal name-callers—one which is perpetually eschewed within Canada’s mainstream media:

Racism has tangible definitions in Canada. Our Criminal Code(Section 319) explicitly states guidelines for what is  deemed an actual “hate crime.” Additionally,  according to legislation, racism is defined as an act which “promotes hatred or violence toward an individual citizen or identifiable group.”

This is found in the Pierre Trudeau-established Charter of Rights and Freedoms(1982). As many will know, Justin Trudeau—along with 3rd World Liberal half-citizen MP’s Ahmed Hussen and Iqra Khalid, have thrown around the racist accusations on multiple occasions.

There is just one tiny issue here: the behaviour of the accused— including MP Sloan, fall well OUTSIDE the parameters of these legal and legislated definitions of racism.

An issue by way of Globe & Mail? Not in the least. Turns out that with Mr. Trudeau’s self-proclaimed “post-modern” Canada— law and legislation are today meaningless.

Look over the MP’s statements, and then check the criminal code and Canadian law to see if the statements qualify as racism.

In CAP’s opinion, they do not even come close.

Conclusion: The term racism in 2020 Canada is defined by the following:

It is whatever Justin Trudeau wants it to be. Shades of totalitarianism rising? You got it, fellow patriots.

Why does Cultural Action Party of Canada believe that Dr. Teresa Tam is working for the benefit of the communist government of China?

Darn—this is such a simple question to answer. Because the entire Liberal government of Canada work on behalf of the Trudeau family “hero-nation.”

Simple, fast and effective. As it happens CAP began as a Sino-Canada Watchdog organization. Personally, I have followed China- Liberal Party of Canada relations for over 30 years.

Here is CAP’s opinion: Whenever the Liberal Party is controlling our nation, our nation is subservient to China.

Ex-Liberal PM Pierre Trudeau began this phenomenon in 1971, after meeting with a man he so admired—Chairman Mao Tse Tung.

From this point on, Canadian Liberalism and China have been “joined at the hip.” As for mainstream media, the situation is more subtle.

CBC, CTV, Global News, Globe & Mail, Toronto Star and National Post may not be overtly promoting the behemoth nation. What they are doing is “protecting” Justin Trudeau’s “home-boy” nation.

As in, taking the edge off the evidence, playing “naive schoolgirl”(MP Patty Hadju per Covid) regarding Covid-19, minimizing collateral damage on behalf of the communists, and the like.

Why? Here CAP can only offer conjecture. We have no hard-core evidence at hand. We still, however, have the freedom(for the present) to offer our perspective:

China is the future of Canada.  How can it not be? China has been the #1 source of migrants to Canada for decades.

In the early 1980’s, an outfit called the Canada-China Business Council was established. What percentage of Canucks have heard of these folks?

CAP will guess 5%—and that is 100% intentional. The “average” Canadian is not supposed to know about them.

CCBC are a serious power player in Canada. They have assisted the government of China in buying up Canadian corporations. Behind-the-scenes, the “Liberal-Quebecois” powerhouse players have backed the initiatives in no-uncertain terms.

This is just one of the Sino-centric players. There are others. The point here is to illustrate a tangible connection between Quebec, China, the Trudeau family, and the covert integration of the commie nation into the fabric of Canadian society.

Back to this Dr. Tam character. She is Justin Trudeau’s choice as “overseer” of Coronavirus in Canada. Naturally, the general behaviour surrounding the set-up is sketchy as heck.

CAP Conclusion: If Justin Trudeau—who as many are aware selected China as a personally preferred nation— is in charge of selecting the individual to oversee Covid-19, this person by default will be sympathetic to China and its oppressive government.

The man has not a single word of condemnation for this nation—after calling out racism and bigotry in Canada for the past five years.

So now King Justin is playing the “racist card” once again. It’s just so damn easy, eh?  This communist-sympathizer takes the path of least resistance once again.

But is it working this time? Wethinks…not so much. Canadians are sick and tired of the self-righteousness of the greatest political hypocrite in the history of Canadian politics.

CAP will reiterate the very same thing we said the week Justin gained his Canadian crown. This politician does not work for Canada— he works on behalf of the  “globalist assault” upon Canada.

5 thoughts on “Of Course “Covid-19 Queen” Dr.Teresa Tam Is PRO-CHINA She Works For Justin Trudeau”