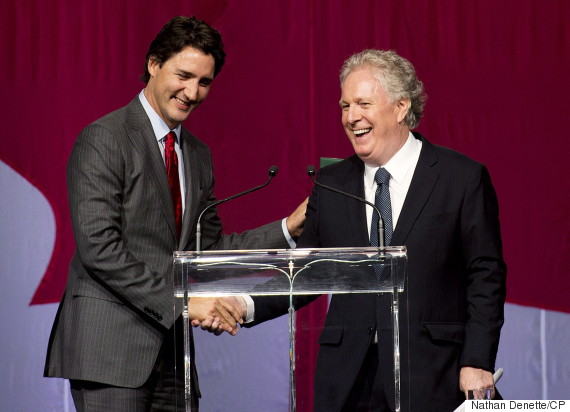 On February 2nd, 2022, Erin O’Toole was removed as Conservative Party leader by a vote of 73-45. On September 10th, 2022, the party will appointed his successor. Over seven months will have lapsed between the dates.

CAP has always wondered why such a long period of time was selected before choosing a new party leader. After witnessing media treatment of potential candidates, we have drawn a conclusion.

The purpose is to ruin the chances of Pierre Poilievre winning the nomination. Far ahead in the polls, Mr. Poilievre is the “people’s choice.” That’s fine, but the candidate has a huge problem on his hands. By undermining the Liberal status quo, Poilievre has made enemies of those who control Canadian politics.

Stating in public that as prime minister you would fire Tiff Macklin, Governor of the Bank of Canada, will get you nowhere. Nor will pumping up government-free control of cryptocurrencies. These moves are anathema to the true controllers of Canadian politics.

Out comes the media weaponry used to crush Conservative politicians: the candidate is racist. His supporters are white supremacists. Pierre Poilievre is everything that’s evil and awful about non-Liberal Canada.

As three-time Liberal Premier of Quebec, Jean Charest is the federal Liberal’s choice for leader of the Conservative Party. This is why he is going to win. Seven months to choose a leader– 4 of them unnecessary– provides ample time for media to push Pierre Poilievre to the sidelines. It is enough time to make it appear as Jean Charest surpassing of the leading candidate was a natural, organic development.

An article from Canadian journalist Spencer Fernando lays the situation on the line:

“The Interests Of Trudeau, Charest, And The Establishment Media Are Aligned”

Damn straight they are. Not to mention powerful international forces which help to shape political outcomes in Canada. Jean Charest is a member of the World Economic Forum.

We witness the set-up. The globalist goal is obvious: all three leaders of major federal parties in Canada are to be WEF-affiliates. Two already are: Justin Trudeau and Jagmeet Singh. To place Jean Charest into the brotherhood is the stuff of woke globalist dreams. And that’s exactly what’s going to happen.

Or to put it another way, only WEF-approved politicians are permitted to become the prime minister of Canada. Justin Trudeau has progressed directly to the doghouse. Jagmeet Singh is highly unpopular.

What to do? Replace Trudeau, and win the next federal election? Perhaps. But what if the anti-Liberal momentum is so strong that the powers that be cannot remedy the situation? There stands the answer: tired, over-the-hill Jean Charest and his brand of  pseudo-Liberalism.

The whole gang is on board. Liberals, Media, CBC, NDP, WEF, WHO, United Nations. All are united in backing the Charest horse; all want Pierre Poilievre removed from the political arena.

Now for the bad news: in 2022, this is the way politics work in Canada. Despite our wishes, Cultural Action Party fully expect Jean Charest to be appointed the next leader of the Conservative Party of Canada. Not elected– appointed. Just as it occurred for Justin Trudeau and his globalist partner-in-arms, Jagmeet Singh.

14 thoughts on “Obviously, Jean Charest Is Being Set-Up For Conservative Party Leadership”