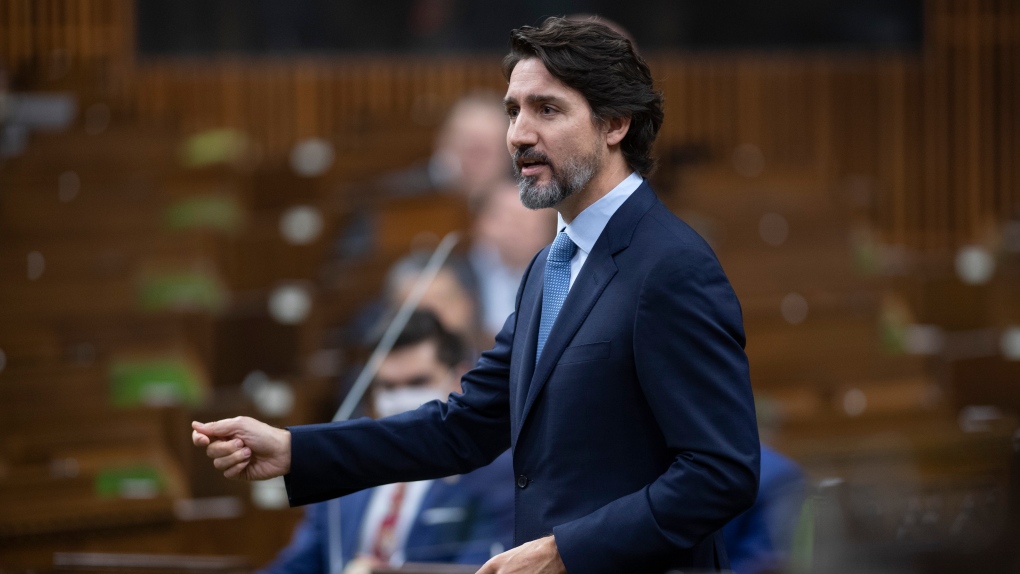 A day after a shooting in Atlanta, Prime Minister Trudeau sent out a tweet saying that over the past year, Canada has “seen an increase in acts of racism against Asian Canadians.”

As reported by Canadian media, PM Trudeau explicitly mentioned “Asian Canadians” in his public rebuke of the recent mass murder in Atlanta, Georgia.

Two full days after another mass murder took place– this time in Boulder, Colorado– Trudeau has yet to offer a comparable public statement.

Ten people were killed by a gunman in Boulder during a mass shooting at a food store that left a trail of bodies, including one police officer, officials have announced.

“Ahmad Al Aliwi Alissa, of Arvada, near Denver, is accused of opening fire Monday afternoon at the King Soopers store in the university city of Boulder, killing people ranging in age from 20 to 65, authorities stated.”

More than 48 hours later, Justin Trudeau has yet to issue an explicit statement of condemnation. All ten of the Muslim-American’s victims were white Americans.

Is the racial factor a motive for our prime minister to hold back on condemning suspect Ahmad Al Aliwi Alissa?  Here we have two cases of mass murder in America within a one-week period.

One involves an incident of “caucasian on Asian” murder. The other, a case of “Muslim on caucasian” murder. Why is it that Justin Trudeau does not approach both cases in an equitable manner?

Here is what we do know:  Canadian media have thus far refrained from pointing out the hypocrisy inherent in Trudeau’s behaviour. Why hold back on exposing such a blatant example of ethnic community favouritism?

Perhaps this is a matter of  consistency. After all, this dynamic has been in place since the day Justin Trudeau placed the crown of Canada upon his shaggy-haired head in 2015.

Read More: Does The Colorado Mass Murder Qualify as A Hate Crime Against White Americans?

Selective community favouritism is the name of the game. Want a tangible manifestation of this dynamic? Here it is:

Meanwhile, the Atlanta case of the murder of six Asian-Americans has already been branded as such. Why the discrepancy?

The answer is– no one knows. CAP certainly do not. Nor, we bet, does any other element of mainstream society. All that remains is speculation.

CAP Speculation: A ubiquitous trend exists within western media regarding a  protection of Muslim communities. In truth, establishment media in Canada specialize in this very thing. Considering the argument that in 2021 government control media, one can conclude the directive begins with our ruling government.

Their leader is, of course, Justin Trudeau–he who has this week exposed a blatant favouritism for a specific Canadian community. In truth, he has been like this since day one in office.

If truth were told– or more accurately published–this hypocrisy would be understood by 90% of our citizenship. Because our nation is today controlled by government in combination with media, few Canadians have clued in.

In this political dynamic is found the reality of Justin Trudeau’s “no core identity” Canada. Ours is a nation in transition from democracy to dictatorship.