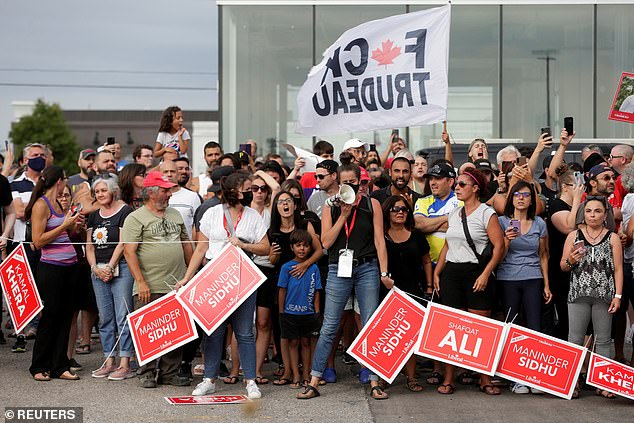 A close inspection of the 2021 federal election debates reveals staggering bias toward Justin Trudeau and the Liberal Party. The English language debate is being produced by a coalition of four media outlets: CTV News, CBC News, APTN News, and Global News.

Shachi Kurl is president of the Angus Reid Institute. Ms. Kurl is often found offering analysis on CBC’s “Power and Politics”, as well within the pages of the Globe & Mail and Ottawa Citizen.

Rosemary Barton is the CBC’s Chief Political Correspondent. It doesn’t get any more tainted toward the Liberal Party than this. $1.2 Billion dollars per year sees to it that Liberal-Globalism remains the cornerstone of CBC ideology.

Next up, Mercedes Stephenson, Ottawa Bureau Chief for Global News. Ms. Stephenson has travelled with Justin Trudeau on diplomatic trips to Washington D.C., as well as Afghanistan and Africa.

The fifth and final moderator is Melissa Ridgen of APNT News. In an article dated May 12th, 2021, Ridgen lends her support to Black Lives Matter, as well as advocating for the “Defund The Police” movement.

Three days previous to the English broadcast, it was announced that two topics are to be omitted from the discussions: the incarceration of Michael Spavor and Michael Kovrig in China, and all that is related to the country of Afghanistan.

In other words, an omission of communist China and the Nation of Islam. How typical can you get? A lack of ability for party leaders to scrutinize Trudeau on these topics provides a major benefit for Canadian media’s choice for prime minister.

The degree of astonishment regarding this stock-piling of Liberal weaponry should come as no surprise. For Cultural Action Party, the end-game is clear. The media goal of the largest piece of public exposure during the 36-day election period is to promote a victory for Justin Trudeau.

What else can it be? There is no “grey area” here. Not a speck of ambiguity can be found. Conservative representation is nil. Watch and witness– these five characters will barely step on the toes of Mr. Trudeau. Kid gloves will be applied as together the Liberals and media deliver the unthinkable:

Justin Trudeau is actually going to appear credible during the debate. What a transition our country has undergone over the past decade. To think there was a time when legacy media made a valiant attempt to present objective news reporting. In 2021, media exist to drive voters toward the Liberal ticket.

Global geo-politics says he is to win. Media says he is to remain. The “Woke” Movement want Justin. China wants him to continue starring in a puppet-play. Shadowy players residing beyond our borders drive the mission forward.

All for a singular reason: no politician of our time functions as effectively in terms of following “globalist orders” like Justin Trudeau. Simply put, he is the best in the business.

As a result, the upcoming federal debate is certain to function as the greatest piece of pro-Trudeau propaganda since the day he was appointed prime minister.

4 thoughts on “No China, No Afghanistan: Election Debate A Spectacle Of Trudeau Favouritism”