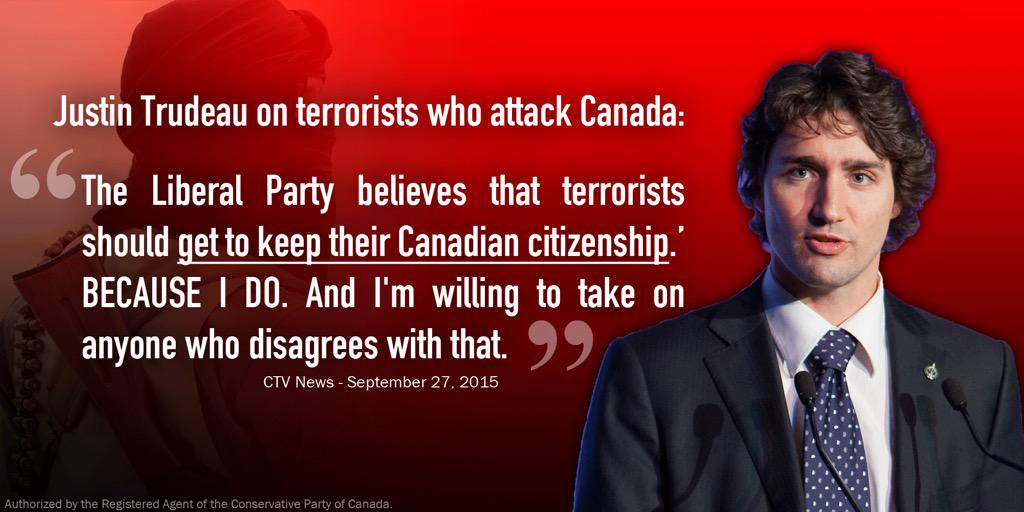 “For decades now, there has only been one acceptable position among our political and intellectual elites: more, and more, and more immigration.”

“There is a taboo around this topic. As soon as you raise a concern about the level of immigration, someone will accuse you of harbouring anti-immigrant views and being racist or xenophobic.”

So says MP Maxime Bernier of the fledgling Peoples Party of Canada(PPC).  No surprise, Cultural Action Party agree with these statements. We will add that in terms of the people who respond with accusations of racism, the most prominent person in Canada who behaves in this manner is the prime minister of Canada, Justin Trudeau.

“I don’t care one bit about people’s race or skin colour. I have said many times that racists and bigots are not welcome in our party. We care about shared values, culture and identity.”

“You can be of any ethnic background or faith, and be a Canadian, if you share fundamental Canadian values, learn about our history and culture, and INTEGRATE in our society.”

CAP agree. We have said the very same to those accusing our party of being racist and bigoted. No one from the left or media listen, but we maintain this position regardless.

Unfortunately, Justin Trudeau feels otherwise. For this man, it is worth throwing society into chaos, pitting communities against each other, exacerbating racism between various communities and neglecting the health of First Nations people. It is also worth alienating the province of Alberta, favouring Quebec, as well as favouring Third World, Sikh and Muslim Canadians.

Indeed, it is ALL worth it–as long as Trudeau succeeds in trans-forming Canada into a socialist, Islamic-dominated nation that not a SINGLE CANADIAN(okay MP Iqra Khalid asked for it) approved or endorsed.

More from Maxine: “The reason those in favour of mass immigration don’t want to have any debate on this issue is because they know they would lose it.”

“Every survey that has come out in recent years shows that a large proportion of Canadians, depending on the question, support a lower immigration level.”

Max is correct. Within the world of Trudeau-brand globalism, what looks white is black, and vice versa. Trudeau and his behind-the-curtain socialist side-kick Gerald Butts have taken a page from totalitarian governments of 20th century history–“accuse the other of what you YOURSELF indulge in.”

So when Canadians listen to the hollow, vacuous words of Justin Trudeau and his virtue-signalling propaganda, sensible Canadians(non-snowflakes) understand that it is in fact Justin and his gang of culture-killers who are the true extremists

“Last year, in August, just before I left the Conservative Party, I published six tweets that caused quite a controversy. I was criticizing Justin Trudeau’s slogan that “diversity is our strength.” I attacked the Liberal cult of diversity and extreme multiculturalism.

“My problem with Trudeau’s slogan, and with the policies that go with it, is not that I am against diversity. It’s the belief that more and more diversity is always better. And that there is no limit to it.”

A lucid statement if there ever was one, however CAP will add that the concept of perpetual diversity will result in no diversity at all. Based on  historical observation, it is inevitable that at some point in the future,  a new social standard will emerge. Power will be consolidated to the point where a new societal force will overwhelm our nation, and render Old School Canada DEAD.

CAP maintain this is the goal of Justin Trudeau, Gerald Butts, and Somalian  half-citizen drop in, Immigration Minister MP Ahmed Hussen. Maxime Bernier is making some profound statements here. These statements are logical, rational, and in the best interests of our nation.

Therefore, we know by default, that King Justin will REJECT all of it.

“In the past, immigrants who came here gradually integrated into our society. They kept some aspects of the culture of their country of origin, of course. And that influenced and changed our society. They became Canadian, but with a distinct flavour.”

“This is a type of multiculturalism that enriches our society. And it is perfectly fine. But that is very different than coming here to recreate the society and culture you left behind. Living permanently in an enclave apart from the larger Canadian society.”

“Moreover, being officially encouraged by the government to continue to do so rather than to integrate into Canadian society and adopt Canadian culture and values.”

CAP will add a vital comment here. The impetus to “recreate the society” Third World migrants is not actually rooted in the migrants themselves. Rather, this is based upon the Multicultural Act of 1988. The Act informs new arrivals that they are to PROMOTE the culture, religion and identity of the nations from which they arrived.

For this purpose, immigration and multicultural non-profit organizations are provided with BILLIONS of Canadian tax dollars.  The founder of this social policy is Pierre Trudeau. The greatest advocate of this in Canadian history is son Justin Trudeau. As a form of globalist “tag-team,” these two have DAMAGED English Canada, branded us racist bigots, while elevated Sikhism and Islam to a privileged place within society.

Why is it that multiculturalism, arguably the most TRANS-formative element in Canadian society, has remained sacrosanct since day one? Why is this an UNTOUCHABLE policy? Has Canadian society NOT changed to the degree that Multiculturalism should be revisited, and updated accordingly? Frankly, after a mere forty years, multicultural policy in Canada is entirely archaic-– and this is where the globalists want it to remain.

Are Anglophone Canadians NOT headed for eventual minority status? Why are these issues perpetually eschewed within establishment media?

Bernier has not eschewed them–therefore he is branded an “extremist.” Why– simply for bringing up the topic? Doing so is TABOO–meaning government and media have a LOCK on the entire issue.

Democracy in action? Don’t be absurd–we are talking about the Trudeau family here.