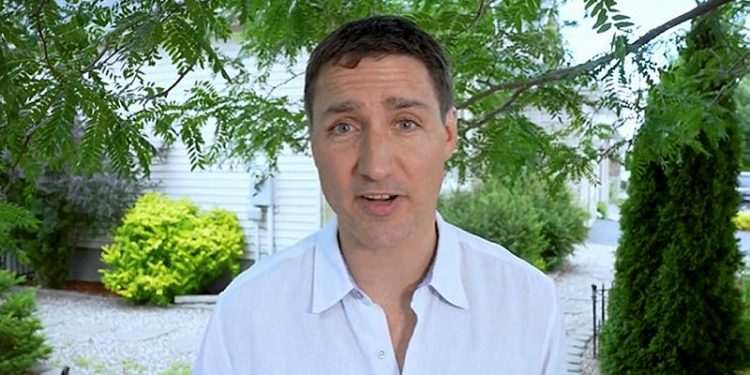 “Disapproval has spiked to 51% (up 5 points in two weeks), the highest number ever recorded since the Trudeau government was elected in 2015, and the highest since March 2019 in the middle of the SNC Lavalin controversy.”

Hear ye, hear ye– according to pollsters, a majority of Canadians disapprove of Justin Trudeau and his Liberal government. That such a statistic will have no impact on our political landscape speaks volumes regarding Canadian society.

Does it really matter if Trudeau is popular, or not? Depends upon the degree of true democracy. Cultural Action Party said it before, and will say it again: Canada is far less of a democratic country than most would believe.

The mechanisms for the people of Canada are so slight one would think we are living in a false democracy. After nearly seven years of Justin Trudeau, the thought has never been so prescient. An exercise in federal democracy on the part of our citizenship boils down to one event: voting for a political party once every four years.

Beyond this lies nothing. No public input, no referendums, no voice, no choice. Once a federal party secures power, they leave behind those who voted them into office. Take this Trudeau character as an example. Ostensibly voted into office by Canadians, upon election he immediately went to work for a host of holies:

Witness as Canada’s body politic becomes detached from its head. Running around the planet like a woke automaton, Trudeau divided society into the “have’s and the have-nots.”

The former being Anglo-European citizens who have oppressed our have-not suffering “minorities.” The result being the original intention– fragmentation of Canadian society.

Is Justin Trudeau done yet? As patriots, we must come to terms with a certain reality. For as long as this person remains prime minister, he is going to remain exactly who he is. No variations on a theme are coming our way. Full-on dedication to woke liberal globalism is the agenda, written-in-stone as if it were a fundamentalist religion.

Could there be anything more extreme in the world of woke authoritarian governance? Sadly, it could be. CAP speak of Justin Trudeau’s partner in political crime, New Democratic Party leader, Jagmeet Singh.

This fellow is the greatest political curiosity in Canadian history. Leading his party straight downhill in MP seat count, his authority is never questioned within the party. Or without the party.

Jagmeet Singh was elected leader of the federal NDP on October 1, 2017. Nearly five years have passed, and the void continues: not one word of criticism within the party. Not a word of condemnation from media. No challenges to his leadership, not a peep in terms of a disgruntled NDP caucus.

Does this man walk on water? Why is it that Jagmeet Singh can fail in his role and emerge without a single blemish? Because of his hairstyle?

After which we contrast the dynamic with that of the Conservative Party of Canada. Day after day arrives the incessant thrashing of the CPC by Canadian media.

Harper, O’Toole, Scheer, Bergen, Poilievre.  Witness media present the party the Cons as the most fragmented infighting-laced federal party in history. Oh, and let us not forget–they are all racists.

To contrast media’s approach to the NDP with the CPC is to indulge in some kind of sick joke. The bias within our press is out-of-control. Protected Jagmeet Singh may well be Party leader for life. It’s the kind of thing our media love. Justin Trudeau may well be the same.

These two political love-birds are partners in subversion of democratic principles. Signing a partnership agreement in early 2022, see Trudeau and Singh ride into the sunset of -pseudo-authoritarian governance.

It’s all quite sick. How obvious does it have to be that mainstream media have transitioned to a cabal of paid actors? Canadian patriots weep for our dying democracy.

When will it end? The answer is likely never. Media will continue to pound the Conservatives all the way to the polling booth. Hammering at them day after day grinds the party to a pulp. Only to see Justin Trudeau or some woke facsimile elected in a future election.

The most hated politician in history rules our nation with an iron hand. Democracy in action? Not in “no core identity” Canada. Besides, our core is being systemically replaced as we speak.

From democracy to dictatorship featuring the sunny ways of Justin Trudeau, and the socialist machinations of Jagmeet Singh. O Canada– you have been thoroughly seduced.