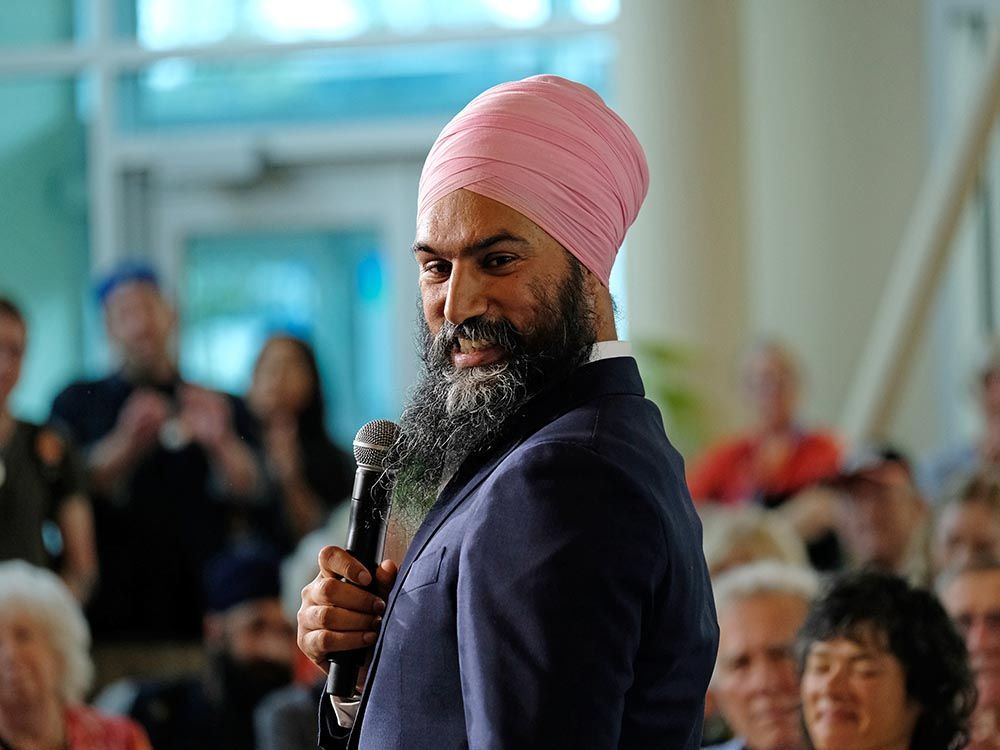 Cultural Action Party has been focused on the animus of Canadian politicians toward our country since the day Justin Trudeau became prime minister. This was the moment our nation shifted on its axis of self-perception.

For the past five years, PM Trudeau has admonished not only the history of our country, but  present-day citizens as well. The sub-text of his messaging directs blame against an identifiable community– Anglophone citizens, often referred to as “Old Stock” Canadians.

Based on these circumstances, CAP never thought we could uncover a politician who loathes Canada more than Justin Trudeau. We were wrong– because there is one.

Incredibly, NDP Party Leader Jagmeet Singh is an even more curious political figure than Justin Trudeau. Elected party leader in October, 2017, Mr. Singh’s platform has since then devolved into an omnipresent attack on Canadian society.

At this stage of the game, Singh’s political positioning consists of little more than hating Canada in every manner possible. Regarding a discovery of a mass burial site of Residential School children in Kamloops, B.C., Mr. Singh has the following to say:

“Some people have said this is not our Canada,” Singh stated in the House of Commons.

“But the reality is, this is our Canada. We can’t deny it. We can’t reject that, because it does no one any help. The reality is: our Canada is a place of racism, of violence, of genocide of Indigenous people.”

Forgiving a misuse of grammar, let us pose a question back toward Jagmeet Singh. To what degree does your condemnation of just about every historical aspect of our nation “help?”

Can this be nothing at all?

Let us be perfectly direct: Not only does CAP not understand why Mr. Singh is the leader of a Canadian political party. We do not understand what this man is doing in Canada. If he hates us so much, why not set out for greener pastures?

Turns out there is a good reason. Jagmeet Singh is banned from entry into India. The Indian government do not want him setting foot on their soil, and frankly, if Canadians would smarten up, we would say the same thing about his presence in our country.

The man appears to live for running down contemporary and historical Canada. On this basis, what purpose does he serve?

It is here we come to a critical juncture. Perhaps Singh does serve a purpose– albeit one that has not registered within the consciousness of society. After all, if a project existed to tear down and re-invent Canada in a post-modern capacity, then Singh would be playing a vital role.

For example, let us assume there are forces in the world working to transition our nation away from democracy, and toward status as a pseudo-dictatorship. Suddenly, the vitriol of Jagmeet Singh has a very definite purpose.

In fact, within this dynamic, one could consider that Singh is playing the position of “back-up quarterback” to Canada-loather Justin Trudeau. Suddenly, it all makes sense.

“I don’t see the relevance of it [ties to Britain], and I don’t think that most Canadians do,” Jagmeet Singh told  CTV News in November, 2018.“

To brazenly not follow public-health guidelines puts people at risk and that is something that we’ve seen with extreme right-wing ideology”  is Singh’s comment on pandemic vaccinations.

1-2-3 Canadians we love thee? Not quite, eh? Perhaps a question on a practice common to Jagmeet Singh, Justin Trudeau and the rest of the Canada-haters can crystallize the essence of our systemic self-hatred:

Why is it that in the year of 2022, federal party leaders define Canada by our worst deeds, rather than our best? Is this not an unnatural inversion of traditional national leadership?

Is Canada not alone among nations in this capacity? Is there not a purpose for doing so? It is here that the key to the future “kingdom” of the dying Great White North resides.