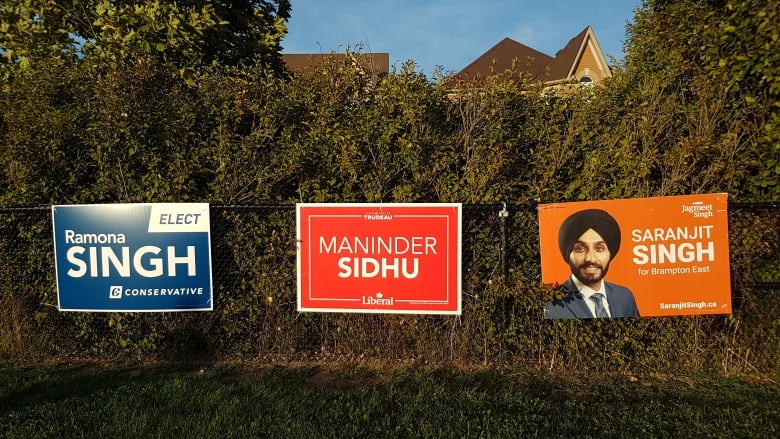 Seems barely a day can go by without New Democratic Party leader Jagmeet Singh informing citizens that Canada is a racist, homophobic and transphobic country.

That such a stance would lead to endearment from the people of Canada is a mystery. Then again, so is Jagmeet Singh’s purpose in being a Canadian political leader. This is a man who brings fresh vitality to the aphorism “with friends like this, who needs enemies?”

Earlier in the week, Mr. Singh blasted Canadian society for its treatment of the LGBT community:

“We must acknowledge that the colonial history of our country has actively had a harmful impact on 2SLGBTQI+ people. Two Spirit and Indigenous LGBTQQIA+ identities were actively attacked and purposefully destroyed. People who were once honored in their communities and held important traditional roles were left shamed, rejected and vulnerable.”

Fast forward 48 hours, and the NDP Party leader has transitioned to part two of his attack: Canada is racist, bigoted, “Islamophobic,” and white supremacist:

“It should be unthinkable that this could happen to a family in our country, but white supremacy and far-right radicalization is a serious problem in Canada— it must not be tolerated. Everyone has a responsibility to confront hatred, Islamophobia and any other form of discrimination whenever we see it.”

Interesting to pick up on a related issue: no one is responsible for promoting hatred toward those accused of committing the dastardly deeds: Anglophone-European Canadians.

As perpetuated by our Liberal-NDP Socialist Coalition government, it’s open season on the attack of Jagmeet Singh’s nemesis communities. His vehemence is so strong one could believe a political purpose exists in a promotion of anti-European Canadian sentiment. It’s almost as if Trudeau and Singh are working toward a form of social inversion.

Pushing this agenda for a decade or two could well result in an inversion of our social order, as “Old Stock” Canadians transition to second class status. By way of immigration, these communities will also transfer to minority status.

Is this what Justin Trudeau and Jagmeet Singh have in mind with their ubiquitous attack on Canadians of European heritage? Whatever the game plan, astute observers can count on one thing: our country is presently undergoing a transformation in its historical order.

CAP predict the end game is what PM Trudeau said it would be: an establishment of a  post-modern society. No surprise that he chose not to elaborate on what will constitute this “no core identity” nation.

Here’s the thing– Canada is not going to be devoid of a core identity. Rather, the old core is replaced with a new core. Euro-Canadians to the back of the social school bus. Trudeau can taste it. Singh is sick with longing for it.

“Government  has a responsibility to ensure that people have the protections they need against hate crimes and racially motivated attacks in the criminal code,” Mr. Singh said this week.

Meanwhile, he and politicians like him are free to advance hatred toward their animus communities. Equality, or vengeance? Patriots must not be fooled in this capacity. As founded in Multiculturalism, what began as an attempt toward social equality has morphed into an assault upon identifiable communities. A virulent breach of Canada’s Charter of Rights and Freedoms, media in Canada have not a problem with the circumstances. One can only conclude that they are part of the program.

To fight “Islamophobia,” over 150 delegates are meeting with parliament members in Ottawa, will meet next week to demand concrete action to address Islamophobia and hate crimes, said Fatema Abdalla, spokesperson for the National Council of Canadian Muslims (NCCM) advocacy group.”

Abdalla at NCCM said that while some positive steps have been taken over the last year – including the reintroduction of legislation that would allow for civilian oversight of the Canada Border Services Agency (CBSA) – more action is needed.

If there ever was a calling card for multicultural minions, this is the one. More is needed. Today, and forever. There is to be no level of satiation. The least that concerned citizens should anticipate is that criticism of the Islamic faith will become illegal in Canada.

This is what Justin Trudeau, Jagmeet Singh, Minister of Multiculturalism Ahmed Hussen and Immigration Minister Sean Fraser never want our general population to understand. To facilitate, we note an alarming media trend:

The press never speak of the future of Canadian society. What shall be our social standard in the year 2038? With full intention, government want citizens thinking only of the present day. For this purpose comes a  manufacturing of social chaos. Canadians are so busy dealing with racism, homophobia, inflation, and high food prices they don’t have mindspace to consider the future of their country.

Every bit of it calculated. Clearly, our communities are headed toward deep trouble. Not today, or tomorrow, perhaps. But in the long run, a slow train is coming to transform Canadian society for all-time.