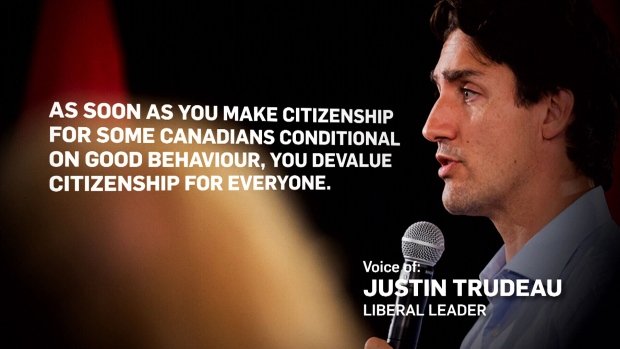 Mustafa Farooq of the National Council of Canadian Muslims is concerned about crossover into physical violence.

“We think that online hate and racism, discrimination, Islamophobia is being spread through social media platforms is a real challenge,” he says.

“We know that Alexandre Bissonnette, for example, the individual who perpetrated the Quebec City mosque massacre, was, very shortly before carrying out the attacks going on to Facebook, going on to Twitter.”

Pray-tell, what does establishment media do whenever they write about the rise of the far-right? Why, they too go to the most extreme example they can find–Neo-Nazism.

See how they both roll in the same manner? While these myopic non-profits flip-out upon every generalization of their own people, they love generalizing about big, bad “Nazi” Canada– meaning Anglophone Canada as a whole. Talk about a stereotyping double standard.

Secondly, these folks attempt to tie the killers behaviour to Facebook and Twitter. Mr. Mustafa informs readers that “very shortly before carrying out the attacks” the perpetrator went on Facebook.

Please do tell, Mr. Multicult–how many people log-on to Facebook on a daily basis? Try around 1 Billion. Yet, according to NCCM, social media pages should be shut down if they so much as criticize the Nation of Islam.

Do all that we ask without question, and we will “bless you” as non-racists. Sorry pal, millions of Canadians are saying no-go to this one. Freedom of speech may be meaningless in Iran, Pakistan, Syria, Saudi Arabia and Iraq— but this is not the case in Canada.

Within our nation, very specific laws exist related to designated hate crimes, racial and religious oppression. Only thing is, NCCM couldn’t give a damn. They want “Islamophobia” to be anything they darn well please–and M103 founder, half-Pakistan citizen MP Iqra Khalid agrees.

After all it was these two entities which created M103, which includes an explicit reference.

READ MORE: Justin Trudeau Will Go Down In History As “DESTROYER Of Canada”: Terrorism Expert

So it appears National Council of Canadian Muslims want to benefit from freedom of speech– as in, everything they have to say. But when the tables are turned against them, they want to banish freedom of speech to the “Gulag Archipelago.”

What typical liberal-globalist hypocrisy. What these forces desire is to ban freedom of speech for the 96% of the Canadian population who are non-Muslim.

Shades of totalitarianism, or what? Of course it is–we live in a Canada ruled by a Trudeau-family member. Whenever this has occurred in history–twice to be exact–our nation begins morphing into a pseudo-dictatorship rooted in communist political ideology.

It was bad with Pierre Trudeau, but in 2019, it’s gone ballistic. At the same time, 37.5 million Canadians are held back from comprehending this reality by way of mainstream Canadian media–another sign of nascent communism.

Now, some advice for sensible Canadians, non-Snowflakes, Old Stock folk, Anglophones and Christians– don’t believe a single word of what NCCM, Muslimlink, Mosaic, and the rest of Canada’s uber-powerful “not-for-profits” have to say.

They may be non-profit in name, but in spirit they are just like Justin Trudeau–virtue signallers hiding behind a masquerade of “human right” issues.