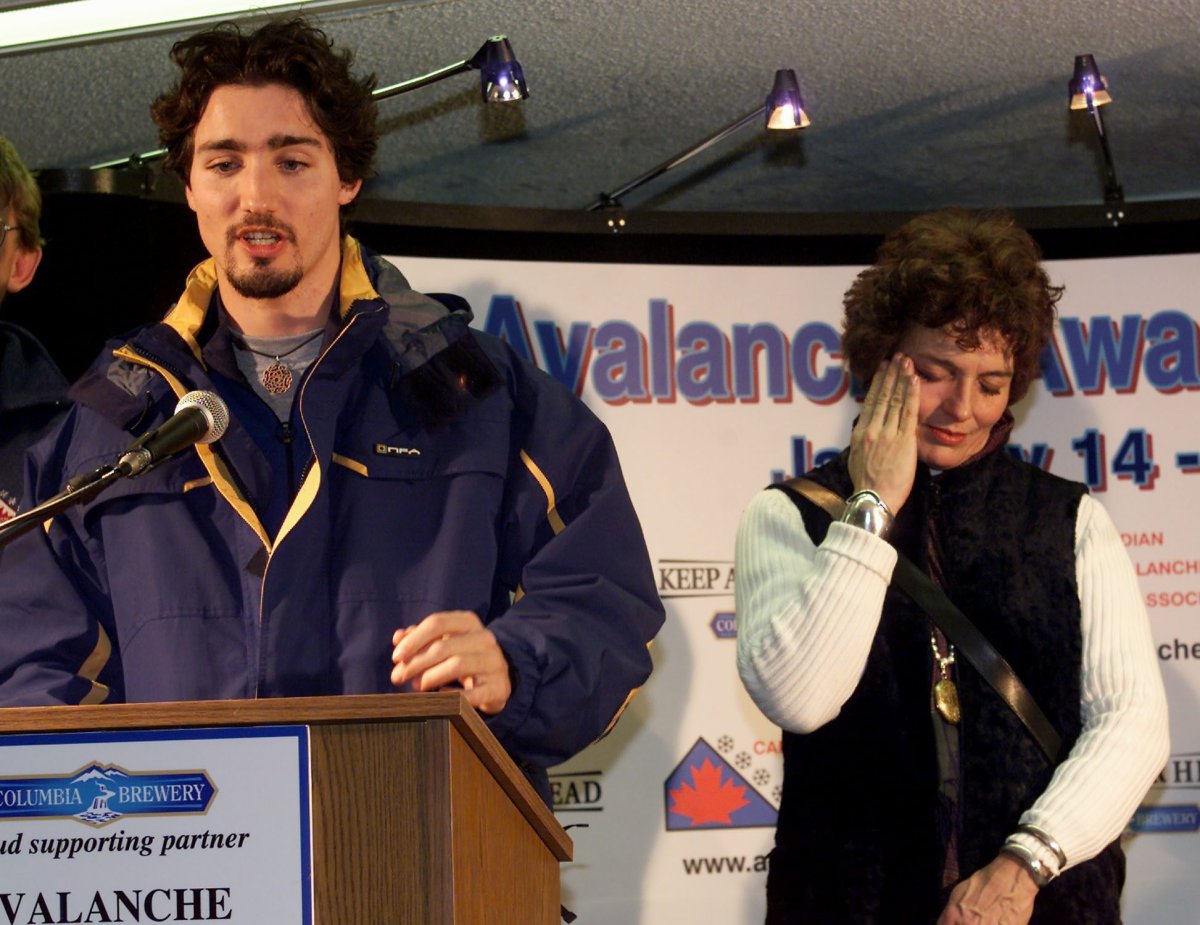 Although media have never positioned it as such, the family of ex-Prime Minister Pierre Trudeau are the Canadian equivalent to the British Royal Family, as well as the Kennedy family of the United States.

The rumours and  scandals surrounding the Trudeau family are something to behold. Or it would be– if Canadian media didn’t  buried the evidence.

A glaring example is found in second son Alexandre Trudeau’s dedication to communist regimes such as Cuba and China. As far as deceased brother Michel Trudeau is concerned, he didn’t live long enough to flower into a communist sympathizer like the others.

At the time of his death, Canadian media published a story claiming Michel Trudeau died in a “freak avalanche” while skiing in the Rocky Mountains.

The death of Michel Trudeau, on Friday the 13th in November, 1998, occurred due to a freak accident  in the Rocky Mountains at a time of the year when snow packs rarely, if ever occur. An avalanche in the month of November is an unlikely event because snowpacks have not built up sufficiently to create the conditions when avalanches naturally occur.

Evan Manners, manager of the Canadian Avalanche Centre in Revelstoke, B.C., was quoted as stating that “before the Trudeau death he had never heard of an avalanche pushing someone into the water who then drowned. It’s very rare,”  he told the National Post shortly after the accident.

Media stated that police carried out an extensive search – yet the body of Michel Trudeau was never found– a surprising event because the spot where he went under the water is well known, and there were no reported currents in the lake at the time of the drowning.

In an interesting “coincidence,” Michel Trudeau was nearly killed on July 17, 1998– five months previous to his actual death– when his vehicle was broadsided by a truck while driving through Portage la Prairie, Manitoba.

As reported, the alleged accident was so powerful that the truck Michel Trudeau was driving rolled over several times. It was a complete write off– it was reported that it was a miracle he survived.

Holy Crow–this is one bizarre news story– one which has never permeated the general consciousness of Canadian society. Interested parties can understand why.

Whatever the circumstances, a truism remains: the family and offspring of Pierre Trudeau are one sketchy bunch. Equally as sketchy is establishment media’s cover-up of the inequities of the Trudeau family.

Three which come to mind are:

— Margaret Trudeau’s mental breakdown and incarceration in the psychiatric ward of a hospital.

— Alexandre Trudeau’s work as a film-maker for the government of Iran, as well as a lifetime dedication to China.

— Michel Trudeau’s death, and all the related circumstances which suggest this to be a giant media cover-up.

Now, add an oddity to the situation, drawn from Maclean’s magazine in 2016:


“When Pierre and Margaret holding baby Michel arrived, there was Fidel, ready to take Michel in his arms”

To reiterate, the body of Michel Trudeau was never found— in an area of still lake water. Is it possible the third son was threatening to expose a piece of information that would damage the Trudeau family? How did it come to be that Canadian media overlooked the implications of these curious details?

If one didn’t know better, one would think mainstream media have been working on behalf of the Trudeau family for the past 50 years.