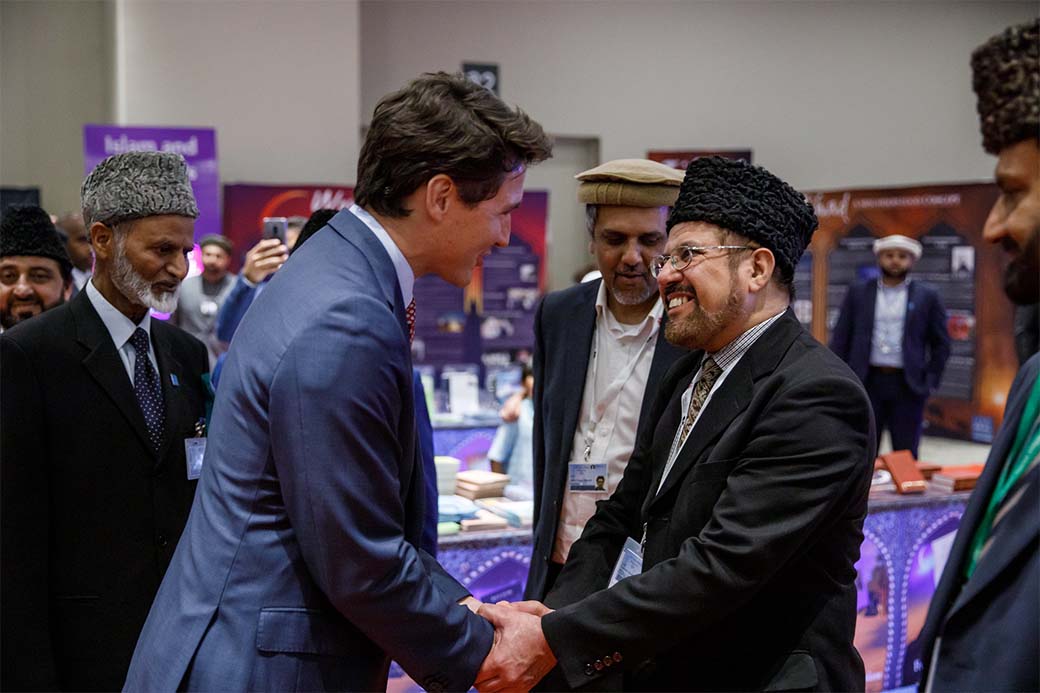 The CRTC, a division of the federal government, has shot down plans for a German radio station in northern Alberta. The justification?  It would prevent residents from fully participating in Canadian society, says Blacklock’s Reporter.

CJSA-FM in Toronto has programming in:


But a small town German language radio station? Forget about it– it’s a threat to Canadian society.

Established in 1988, the Multicultural Act of Canada encourages ethnic communities to advance the cultures of the nations from which they came. For this purpose, billions of dollars have been allocated toward non-for-profit groups over the past four decades.

The result being Chinese New Year festivals, Sikh Vaisakhi parades, and Islamic heritage months.  Yet, when a request is made for a German radio station license in Alberta, suddenly it is a “threat” to Canadian culture.

A finer microcosm for the state of society cannot be found. The shut down by  government coincides with a brand new mandate from the government of British Columbia.

On October 12th, Rachna Singh, Parliamentary Secretary for Anti-racism Initiatives in British Columbia, released the following statement in celebration of Islamic Heritage Month. Ontario did the same several years back.

“October is Islamic Heritage Month – an opportunity to celebrate the generosity of Muslim communities and to learn about the history of Islam in Canada.”

With a goal of delivering objective analysis, CAP will contrast these developments:

According to a 2016 census, there are 3,322,405 Canadians with full or partial German ancestry.  The first German church in Canada, the Little Dutch (Deutsch) Church in Halifax, is on land which was set aside for the German-speaking community in 1756.

In 1896, Western Canada started to attract  and draw large numbers of other German immigrants. After the outbreak of World War 1, internment camps in Canada opened in 1915. 8,579 “enemy aliens” were held there until the end of the war. Many were German-speaking immigrants from Austria, Hungary, Germany, and Ukraine.

Degree of government or “multicultural” recognition of those who suffered? Nothing. Degree of focus in 2021 on historical and contemporary suffering of 3rd World Canadians? You couldn’t get away from it if you tried.

Here we stand witness to an intentional hypocrisy regarding ethnic identity in Canada. The bias, the favouritism– the political weaponry. To what societal condition is all this leading to?

In spite of Islamic History Month, Canada does not have a single element of national identity, governance, or social values that has been influenced by Islam. This is not racism– it is historical fact.

These dynamics reveal the truth about Woke Canada, Trudeau-brand Canada, and so-called “multicultural” Canada. There is little-to-nothing multicultural about that which academics and “experts” call Canadian “diversity.” It is an exclusive club-– no Canadians of European heritage permitted. Extent to which mainstream media has pointed this out? Nothing from nothing leaves nothing.

“The CRTC issued its ruling Friday on Multiculturalism Day, the golden jubilee of a 1971 cabinet policy.”

Golden Jubilee is it? For selected communities– the three or four which  Justin Trudeau has endlessly venerated over the past six years. As for his designated “outsider” communities– “Old Stock” Canadians– Trudeau’s treatment is a litany of shame and scorn.

“We would have music, different talk shows, news, programming for the elderly, children’s programming. There would be church programming. Where do we go from here?”

Could it be the same place you have been going from the moment Liberal-Globalism seized control of Canada– toward a state of second-class citizenship?