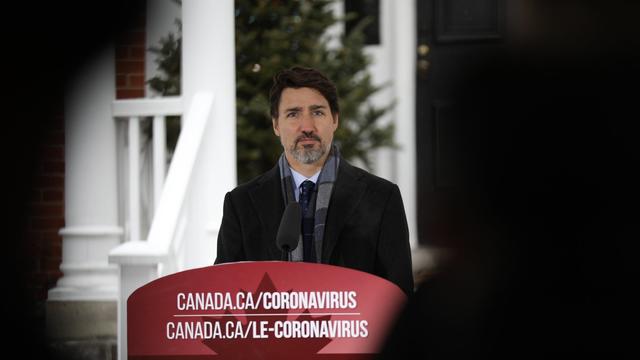 “Pharmaceutical companies view Covid-19 as a once-in-a-lifetime business opportunity,” said Gerald Posner, author of “Pharma: Greed, Lies, and the Poisoning of America.” The world needs pharmaceutical products, of course. Dozens of companies are now vying to make them.

“They’re all in that race,” said Posner. The global crisis “will potentially be a blockbuster for the industry in terms of sales and profits,” he said, adding that “the worse the pandemic gets, the higher their eventual profit.”

Enter Canadian media cover-up, stage left. While myriad media reports outside of Canada are speaking of the giant economic windfall resulting from a development of a so-called “Pandemic Solution,” Canadian media have other ideas, such as this:

Don’t report anything at all on the topic. After all, if CBC News published this, it may change the opinions of Canadian citizens because they are seeing with their own eyes the incredible profits that Pfizer and other Big Pharma Corporations who are preparing to make tens of billions in profit from China’s international pandemic output.

“The race is on to develop a coronavirus vaccine, and some companies and investors are betting that the winners stand to earn vast profits from selling hundreds of millions — or even billions — of doses to a desperate public.”

“Across the pharmaceutical and medical industries, senior executives and board members are capitalizing on that dynamic.”

Naturally, CAP has an alternate take on this entire subject. We believe that one major purpose of China’s Covid-19 is to condition citizens of western nations to accept stringent, draconian-type rules and laws within their respective societies.

For what reason? Again–it’s pretty simple: After the conditioning comes “the real thing.” As CAP opine incessantly, we believe all this is preparation for an end to democracy in Canada.

In terms of the “globalist marketplace” of Canada, PM Justin Trudeau is the modern-day “Pharoah-Taskmaster- Overseer” in this journey from free and democratic nation to China-infused socialist dictatorship.

Covid-19 is playing a significant role in this regard. The virus is from China, a totalitarian state. The agenda is pseudo-totalitarian social conditioning. This form of subterfuge is sourced from communist ideology– Marxism in particular.

Continuing on in this direction, media’s obfuscation of the agenda is rooted in communist propaganda methods. Justin Trudeau admires China in a major way. So does his brother Alexandre Trudeau, who among other commie-behaviours has written a book praising communist China, and Chairman Mao Tse Tung.

“The experience of that superb strategist Mao Tse-Tung might lead us to conclude that in a vast and heterogeneous country[Canadastan], the possibility of establishing socialist strongholds in certain regions is the very best thing…”

Now, let’s take all this, and forward it to every establishment media organization. Degree they will publish any of this? Nothing–not a chance. How do we know? Because Canadian media have NEVER reported on this blatant breach by the Trudeau Dynasty as it relates to their collective support of communism, globalism and totalitarianism.

Why not–when Canada is a western “liberal democracy?”  In other words, Communist governance is antithetical to the style maintained in China. So why do the media within a western democracy hide away all nefarious  support the Trudeau’s maintain toward communism?

CAP wouldn’t touch the ‘CovidSolution’ for all the tea in China. Aswe said– if anyone should be the first to be shot up with Trudeau’s Pandemic “elixir”— let it be Canada’s number one China-pusher himself– King Justin Trudeau of Canada.