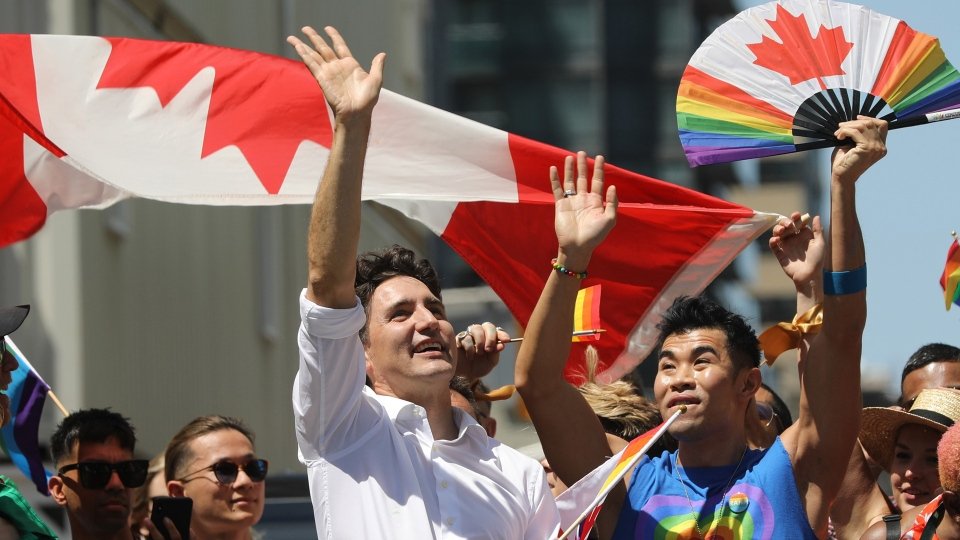 A federal candidate in a Lower Mainland riding is pledging to help create a “parental bill of rights” if elected in October.

Angelina Ireland, running for the People’s Party of Canada in Delta, is fighting what she calls a “dangerous precedent” set by a court ruling last April that banned a man from speaking out about his transgender son.

“It is clear that interference of the state and its agents — which include the courts, the schools, and hospitals — is eroding parental authority,” Ireland said in a recent news release. “Parents are now at the mercy of every agenda-driven school counselor, sympathetic psychologist, and activist judge.”

The 14-year-old son, identified as A.B. in court documents, had been seeking the right to receive hormone therapy. He had asked the court to prevent his father, identified as C.D., from giving interviews or speaking to social media groups about his case.

A judge granted him a protection order that restrains his father from attempting to persuade him to abandon hormone therapy, from addressing him by his birth name, and from referring to him as a girl or with female pronouns. He is also banned from publicly sharing information about A.B.’s sex, gender identity, sexual orientation, or medical status.

The PPC candidate says she wants the federal government to intercede so that parents can raise their children “without undue interference by the state or its agents.”

“It is time that Canada took that pledge seriously and protected a parent’s fundamental right to direct the upbringing and education of their children,” she said.

“To that end, we need to create a parental bill of rights. If elected, I will work alongside my colleagues to strengthen parental rights legislation. In a free society, the most cherished and sacred relationship is that between parents and their children.”

Not according to Prime Minister Justin Trudeau. CAP believe this dynamo of globalist cultural eradication will say nothing about this issue, no matter what trans-pires.

Globalist ideology calls for a “de-masculinization” of the male species. Since seizing control of the Canadian consciousness upon election in 2015, Trudeau has ubiquitously supported all aspects of transgenderism. Neither Justin, nor his LGBT- Fascist sidekick, Liberal MP Randy Boissonnault, have breathed a single word regarding the health risks of sex change surgery. These risks are vast– increase in rates of heart attack, stroke and cancer.

Even more macabre are the surgical processes involved in sex change therapy. The removal of sex organs, mastectomies, and other nasty business. What does Trudeau’s hand-picked Minister of Safety of Women, MP Maryam Monsef, have to say about it?

Take a wild guess– how about nothing at all. Nor does Monsef have anything negaitve to say about the religious practise of female genital mutilation. Hello? Her job is to keep women and girls safe. Why then would she ignore an element of Sharia Law which contravenes bother he job, and the Charter Of Rights And Freedoms? Is this Charter not the Pierre & Justin Trudeau- endorsed fundamental of Canadian society?

Yet, when it could be used to stop this form of physical abuse, Trudeau, Monsef, MP Iqra Khalid and rest are stone-cold silent. Hypocrites, anyone? Of course they are– they are our members of the Trudeau  government

The problem with transgenderism in Canada is the same problem with abortion-– the laws, rules and regulations. What is it they have in common? There are no laws, rules and regulations. A blatant example of Liberal-Globalist ideology at play. Incidently , both transgenderism and abortion result in depopulation of a specific segment of Canadian society–therefore Justin, Ahmed and Maryam are thrilled.

“Interference of the state and its agents”–  CAP have a word to describe this scenario: Communism. Now, name three individuals from a Liberal  political family who have spoken publicly and declared admiration for communist nations and their despotic leaders?

It’s a no-brainer even Lloyd Christmas could answer correctly– Pierre, Justin and brother Alexandre Trudeau. Obvious as hell, is it not? Then why in the past forty years have we never read about this within Canadian media? Simple: Because government and media have hidden this entire affair from the people of Canada for the past forty years.

Now, as King Justin concludes his first term in office, media are controlled by government, and free speech is under attack as never before. Justin is working to muzzle social media giants. Parents have lost control of their children due to draconian measures as perpetrated by that awful Boissonnault Liberal MP.

Another question media refuse to posit: Can Canada survive after an additional four years of the liberal lunacy of Justin Trudeau? Alberta is not happy, and they will be absolutely furious if Trudeau is granted another four years to decimate the Alberta Oil Sands.

CAP maintain the following: Trudeau is a destroyer. If left at the helm of the former Great White North indefinitely, Canada as it has been known since its founding in 1867 will be destroyed.

This, fellow patriots, is the true Justin Trudeau– a malignant force within a free and democratic nation if there ever was one.