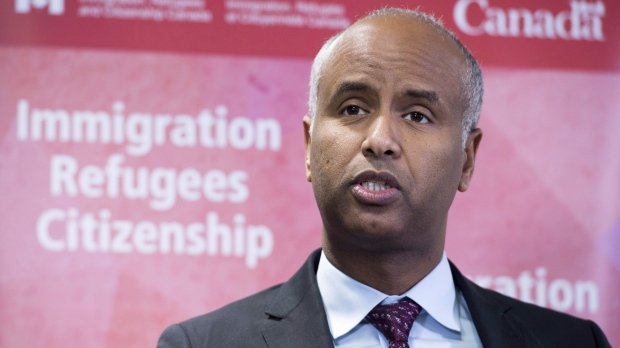 No surprise here. Canada is a unique nation in many ways. One in particular speaks volumes–when Anglo-Canadian journalists promote anti-Anglophone Liberal Globalism.

Funny how folks can interpret things in different ways. For Toronto Star, Mr. Hussen is a shining example of a Canadian politician dedicated to policies of social equality such as the Multicultural Act of 1988, and The Charter of Rights and Freedoms(1982).

CAP believe nothing of the sort– for us, Ahmed Hussen has  burning social animosity within–just like his boss-man, PM Justin Trudeau.

In 2020 Canada, society is going through a social  inversion. This is a pre-meditated plan of national trans-formation. It began with Pierre Trudeau, and the agenda looks to be completed by current PM Justin Trudeau.

Welcome to the “back of the bus” for those of Old Stock Canadian heritage. And if there is a post-modern version of Rosa Parks waiting there, you can be certain it will not be caucasian media journalists Heather Mallick, Susan Delacort, Andrew Coyne or John Ibbitson.

Turns out these folks are joining in on the veritable “white-bashing” being perpetrated by media upon Canadian of European heritage.

Guess what, fellow patriots– MP Ahmed Hussen says that systematic racism in Canada is as Canadian “as anything else.”

Tell us, Mr. Big Stuff, is there anything within Canadian society that you feel is not rooted in racism? It is obvious that this Hussen character hates Old Stock Canada, as well as all elements of English Canada, and its peoples.

Know what this means within Justin Trudeau’s pseudo-socialist nation? Mr. Hussen would make an ideal Liberal Prime Minister of Canada.

You see, in the old days, a prime minister was not called upon to institute and maintain the following fundamental social principals:

— Canada is a racist, bigoted and xenophobic country.

— The branding of white Canadians as malevolent bigots is fair and reasonable in return for the actions of their historical predecessors.

— Canadians of Anglophone and European heritage have racism against non-whites built into their DNA. This the Somalian Supremacist brands “systemic racism.”

Guess what? “Plain old” racism hasn’t competed the task for the Canada-killers, so Hussen & Company have trans-itioned the  weapon to “systemic” racism.

Now there is an ominous statement– and one dear to Hussen’s “heart”: to ERADICATE IT.

How so? What is this man’s recommendation for eradication of racism in Canada, CAP wonder?  For an in-depth analysis, we turn to CBC, CTV, Globe & Mail and Calgary Herald:

Not. Don’t you know? Canadian establishment media NEVER speak of the future of our society. What’s coming to Canada “down the pipe” in terms of an eradication of collective racism by whites against non-whites?

CAP has a singular thought on this: whatever is coming, it will target and disparage Anglo-Canadians and those of us which are derived from European-Canadian heritage.

What else would Hussen do? As it happens, CAP has written about this character a great deal since Justin Trudeau placed a Somalian refugee in charge of the demographic destiny of the dying Great White North.

One thing hidden by media as they continue to raise this man to the highest echelon of society is that, in CAP’s opinion, he thinks the same way as Justin Trudeau:

European-Canadians MUST PAY for the “sins of their fathers.” This includes payback for early European settlers stealing the land from our original Aboriginal communities.

Steal the country back. But not “steal the country and give it to First Nations Canada.”  No– for the trans-gressions of our predecessors, MP Ahmed Hussen and Company are stealing Canada from society–and giving it to themselves.

This is the true story of post-modern, anti-Anglophone Canadian society. CAP expect much more to ramp up between 2020-2030. By the end of our current decade, the task should be complete.

In 2017, CAP coined a phrase which may well spell out the destiny for our people that PM Trudeau, MP Hussen, CBC, Globe & Mail and the rest are currently hiding away from the consciousness of society:

Anglo-European Canadians will over the coming decades morph into our country’s “Second Nations” peoples. Aboriginals— as in First Nations Canadians– are the prototype.

This CAP refer to as “payback time.” Within a generation, white Canada will take the place of First Nations as a persecuted community--and Liberal MP–or perhaps PM Ahmed Hussen, will be absolutely thrilled by the outcome.