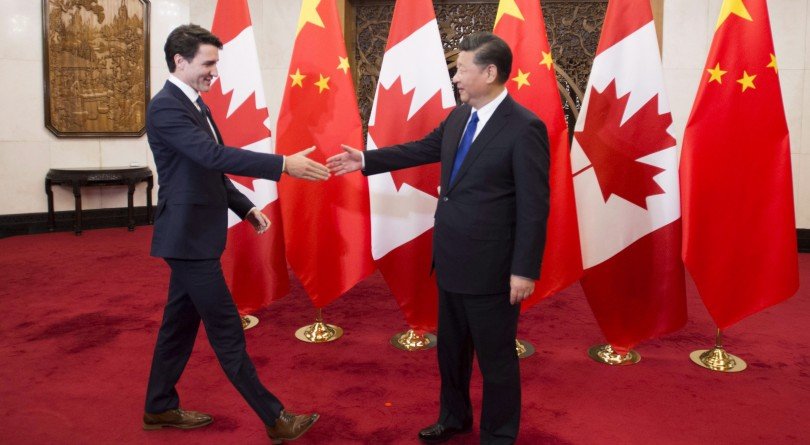 Talk about a shock. An incongruous news report from Canada’s Toronto Star delivers some truth regarding Canadian society’s seduction by way of globalist forces.

Who are these forces? As CAP has opined on many occasion, the entities include the United Nations, Sikh Nationalism, Nation of Islam, and of course, the communist government of China.

“The most influential Canadian policy-maker of the year is not even Canadian. That’s because he’s Chinese president Xi Jinping,” according to the Ottawa-based Macdonald-Laurier Institute.”

“Every year, the Ottawa-based think-tank names the person or organization that has had the greatest impact — positive or negative — on Canadian public policy.”

“We hope this makes more people realize that the leader of China is the most important influence on what’s happening in this country,” MLI Managing Director Brian Lee Crowley told the Star.

Holy Cow. Cannot believe the Toronto Star reported on this development. Are they correct?

As it happens, Cultural Action Party of Canada began as a “watchdog” organization focused on Canada-China relations. In particular, our focus was on specific individuals and organizations covertly working to integrate the economy and culture of China into the fabric of Canadian society.

Looks like we are not exactly “off-base” in this regard. Of course, China’s hooks into Canada would be much less severe if not for one entity–the family Trudeau—Pierre, Justin, as well as “commie-in-the-shadows” brother Alexandre Trudeau.

It was Papa Pierre who first kicked the door open for China to waltz into Canada and proceed to entrench the behemoth nation into Canadian society. In 1978, The Canada China Business Council  a private, non-profit business association came into existence.

Anyone recall that fascinating news report on CBC which exposed this scenario to 37.5 million Canadians? Neither does CAP–because it never occurred. This is the kind of information government instructs media to cover-up. Therefore, perhaps 2-3% of Canadians are aware of this covert plan of economic attack and cultural erosion.

Simply put, if the Trudeau family never existed(considered heaven-on-earth for CAP), then Chinese President Xi Jingpin may not be the most powerful player in contemporary Canadian politics.

Of course, the globalist assault upon Canada would still exist in some form. Interesting to recognize, however, that the family who entrenched  China into Canada is also the same family which has entrenched Islam into Canada-– the Trudeau “clan.” Pierre with China, Justin with Islam.

Then, they name an airport after Trudeau Sr. In CAP’s humble opinion, the Trudeau family do not deserve this “distinguished” tribute. What they truly deserve is to be exposed as traitors to our nation, and stripped of all “canonization” in terms of accolades and awards.

Ottawa and Beijing have been locked in a bitter relations crisis since last December, when Huawei’s chief financial officer was arrested in Vancouver at the request of U.S. authorities. Meng Wanzhou is awaiting extradition proceedings, which could send her to the U.S. to face charges partially related to accusations Huawei violated sanctions on Iran.

Two Canadians, diplomat-on-leave Michael Kovrig and businessman Michael Spavor, were subsequently arrested in China in what many have described as retaliation against Canada for Meng’s arrest. This week, China was hinting the pair may face “national security” charges.

Such punishment, eh? Please do tell, fellow patriots–why is it that no matter what the circumstance, the Liberal Party of Canada perpetually “bow at the alter” of the communist nation of China. In fact, we could explain this in detail, but for brevity’s sake will refrain at this moment.

Based upon the Laurier Institute’s findings, even Justin Trudeau-appointed China-centric Senator Yuen Pau Woo would be hard-pressed to deny this.

The problem with the Trudeau Dynasty is not that they opened the doors for power-playing nations to invest in Canada. The true problem is that these men opened the door for China and others to BUY Canada– a big difference there.

This is just one in a plethora of reasons CAP despise the Trudeau family–all of them. The most powerful political force in Canada a non-Canadian? The dictator of communist, atheist, anti-Christian China is the most influential person in terms of our domestic policy and related social issues?

What a “danger sign” this is. Canada, you have been hoodwinked– and no entity is more responsible  than the Trudeau family of Quebec. As such, CAP despise them– and always will.

Additional files from the Toronto Star.