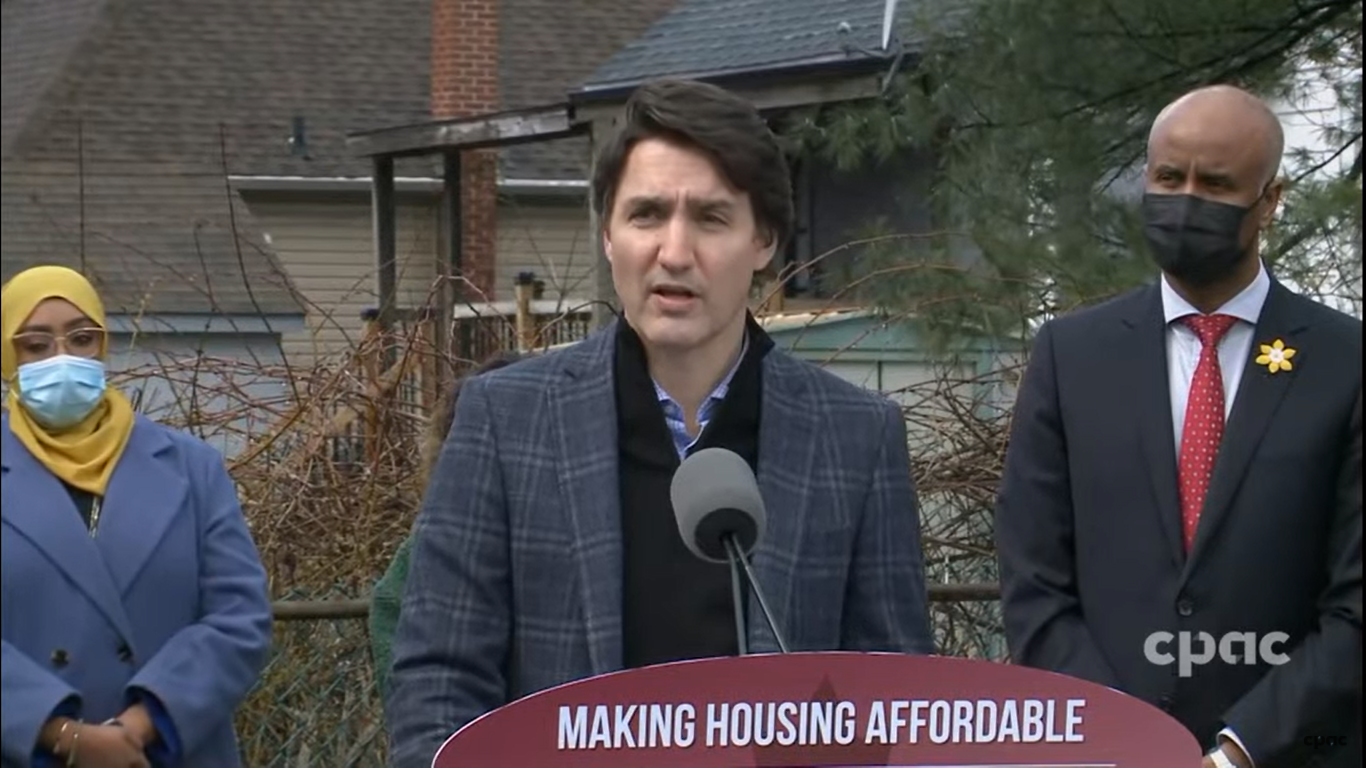 According to police sources, five people were injured in a mosque shooting this Easter Weekend in Scarborough, a suburb of Toronto. None were reported as being killed.

“We are unable to say whether the victims were targeted because of their religious beliefs,” stated Toronto Police spokesperson David Rydzik.

Last month, the leader of a mosque in Mississauga stated a man who attacked congregants with an axe “hated Muslims.” Dar Al-Tawheed Islamic Centre Imam Ibrahim Hindy says the man yelled out that he was there to “kill terrorists” during the attack on March 19, 2022.

“Mohammad Moiz Omar, 24, faces several charges including assault with a weapon, administering a noxious substance with intent to endanger life and uttering threats. Police have said the incident is believed to be motivated by hate.”

In other words, a hate crime perpetrated by a Muslim-Canadian against their own. The circumstances didn’t prevent Canadian media from lumping the case in with those of the past. It was described as an example of “Islamophobia.”

At the time of writing, the identities of those responsible for this weekend’s Mosque attack have yet to be published. Should this prevent reflection on Canada’s social condition related to racial conflict in our country? Cultural Action Party don’t see why it should. Attacks of this nature have been perpetrated by Muslims and non-Muslims alike.

Rather, what should be addressed is what never has been addressed. Not by government, media or Canadian academia. The first issue is the impact of immigration policy on ethnic conflict. Though the liberal left never admit it, maintaining the highest immigration quota in Canadian history is the leading contributor.

The sheer volume, as well as speed of intake, has resulted in unprecedented demographic transformations. No region has been more affected than the Greater Toronto Area(GTA). Adjusting to such rapid change would be a challenge for any society. Inverting the process, we pose a hypothetical example: let’s say five million white Christians moved to Pakistan, Saudi Arabia or Nigeria. Would local communities not have difficulty adjusting? Is it not reasonable to suggest that incidents of racism would occur as a result?

Of course this would happen. On this basis, how curious it is that not once within mainstream media have journalists referenced the relationship between immigration policy and a rise in racist incidents. Not once has CBC, CTV, Globe & Mail and the rest alluded to the number one instigator for an increase in racism. Obvious it is that the hold-back is the result of a directive from federal government.

Speaking of the Liberals, we reference two fundamentals for an increase in social chaos resulting from ethnic conflict. We point out that they have reached an apotheosis under the rule of Prime Minister Justin Trudeau.

This takes the form of blatant, obvious community favouritism. It’s a subject CAP has addressed ad infinitum. Thus, a minimizing of anecdotal evidence. We break it down to core competencies:

Justin Trudeau has for over six-years shown obvious preference for immigrants, new arrivals and 3rd World citizens. In doing so, he created a tsunami of resentment from traditional Canadians– Anglophones, Francophones, Conservatives, Christians and others. The result is divisive– one antithetical to Mr. Trudeau’s well-worn mantra of “Diversity Is Our Strength.”

If Canadians find it difficult to discern our PM’s motivation, they will certainly scratch their heads regarding the flip-side. Here we speak of tangible prejudice against Canada’s “Old Stock” communities. The former is bad enough. When combined with thinly-veiled hostility against Anglo-Christians, it’s enough to make a Canadian patriot blow their top.

There you have it– three fundamentals for an increase in racism to a peak in modern history. Every bit of it shunned, ignored and obfuscated by mainstream media. Instead, the responsibility lies with meathead trucker working class Canadians. All three controlling institutions say so– government, media, academia. CAP also has an opinion: we call it a lie. It’s an absolute falsehood, but exists for a reason.

Justin Trudeau is leader of a “Woke Revolution” advocating for social inversion. Old Stock Canada is to trade places with New Arrival Canada. The downgrading of our communities is intrinsic to Woke ideology. It is today manifest in a program of reverse-racism called Critical Race Theory.

As a takeaway, let us witness how media approach the shooting of five Muslims on Easter Weekend. Will the outcome be a cry of “Islamophobia,” regardless of perpetrator identity? It was the case with the accused Mohammad Moiz Omar last month.

Canadian society is holding the wrong man responsible. Culpability for social discord is found in those who create social policy. Justin Trudeau is the man. Yet not once has legacy media held him responsible.

Coincidence? Not quite. Canada is today a post-modern society. Government and media function as a united force. Responsibility for social discord is thereby off-loaded to the “usual suspects.” Old Stock Canada, it is all your fault.