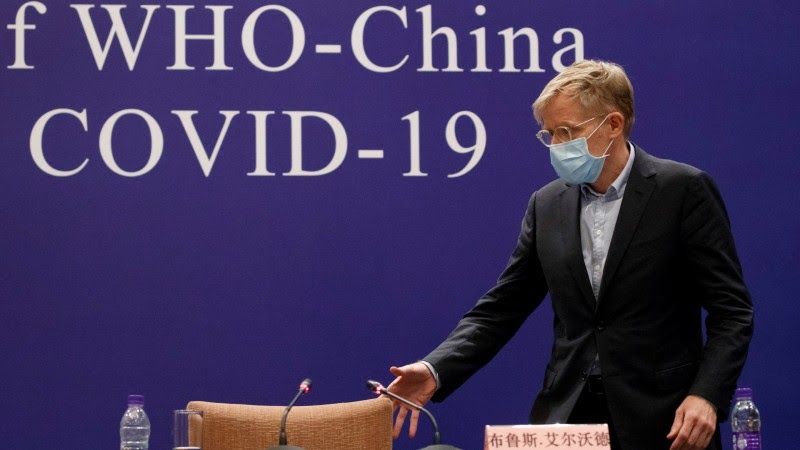 Next week, the World Health Organization will convene to assess whether the Monkeypox outbreak represents a public health emergency of international concern.

Thus it comes to fruition that the WHO hold the fate of Canada and other western nations in the palm of its hands. A designation of the Monkeypox virus comparable to the Covid catastrophe of 2019-2022 delivers a sinister scenario:

If and when they choose, World Health Organization maintains an ability to rewire western society. Declare a pandemic, and Canada falls under the control of a Geneva, Switzerland-based global health conglomerate.

Ominous it is. Not that Canadian media will position it in this manner. To no extent will CBC, CTV, Globe & Mail or Toronto Star point to a menacing condition: the international virus agenda directly undermines Canadian national sovereignty.

Upon which astute citizens recognize a manifestation of what is labelled a “new world order.”

On the subject of media holdouts, CAP would be remiss not to mention the relationship between WHO and communist China. American media report on the two being thick as thieves:

“WHO lost its credibility early in 2020, when COVID struck outside China. WHO parroted China’s false denials about human transmission, delayed declaring a global health emergency and advised against travel restrictions. All in service to Beijing, instead of offering unbiased advice to the world.”

“WHO kowtowed to China instead, jeopardizing millions of lives.”

As did Prime Minister Justin Trudeau. The Liberals would love Canadians to forget all about the Winnipeg-Wuhan Covid scandal, wherein two Chinese scientists were fired from their jobs for illegally shipping virus pathogens back to their motherland.

Reading into this, we see how the Chinese government has come to leverage colonialism to degrade and disempower western societies. And why not? China is not a country founded on a colonial imperative. Using this to attack Canada–as well as Australia and New Zealand– Beijing spins their own human rights abuses into relative terms. “Due to colonialism, western countries are equally as bad.”

Fascinating it is to recognize that Justin Trudeau advances this attack upon Canadian society. Our country is guilty of colonial abuse of Aboriginals. We are racist, bigoted and xenophobic. Not to mention transphobic via opposition to the “two-spirited” belief system of Indigenous communities. Let no stone remain unturned in the war against whitey.

Media say nothing. Too dim to pick up on the affinities, are they? Not in the least. More likely it is that the press are being paid to keep their mouths shut.

We expand the horizons. Reasonable it is to state that the World Economic Forum is to economics and ideology what WHO are to healthcare. Take a look at WEF’s list of priority endeavours. Here you will come to know the degree to which Justin Trudeau replicates their prerogatives. As in, 100 percent.

CAP draw our conclusion: we have here tangible examples of Canada’s transition to a  nation-state under the thumb of WEF, WHO and China. Media speak not a word about it. Obviously, they are a part of government’s agenda.

This, fellow patriots, is Justin Trudeau’s post-modern Canada. An agenda of seduction it is. One in which Canadians serve as pawns in the game. That would be all of us. Whites, Muslims, Sikhs, Gay, Trans– all reduced to widgets inside Trudeau’s woke factory.

All of it planned out from ground zero of Canada’s national demise–the day Justin Trudeau was planted as prime minister of the dying Great White North.

5 thoughts on “Monkeypox Mania: WHO, China Hold Canadian Society In Their Hands”