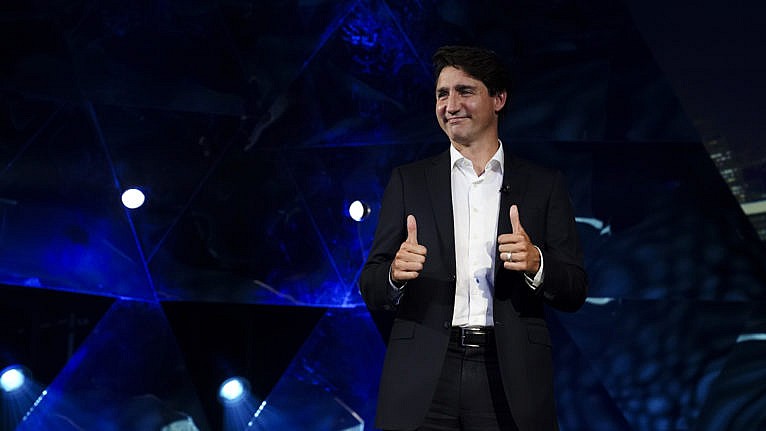 According to the Toronto Star, 41 out of 338  federal ridings in Canada contain populations in which visible minorities form the majority of citizens.

The impact upon federal politics resulting from this social dynamic is a condition that mainstream media refuse to elaborate upon. In 2o21, the “immigrant vote” can serve as the defining factor in a federal election.

It may have just done so. Consider how often mainstream media deliberate on the relationship between immigration policy and election outcomes.

The answer is never. On this basis, CBC, Globe & Mail, National Post and the rest do not have to allude to a certain reality: the Liberal Party own this political dynamic. With each passing election, the program has become more impactful.

It’s a logical set-up when you think about it. Liberal governments establish immigration quotas, and the Liberal Party benefit from them. Such as it is that within the Greater Toronto Area(GTA), Team Trudeau captured a whopping 52 of 57 seats.

The trend not only applies to the GTA. The pattern is replicated in all major urban centres. In Greater Vancouver, the Liberal strategy serves as a veritable “cherry on the cake.” Representing the final major vote count working from east to west, Vancouver serves to solidify a Liberal victory.

Number of times media has alluded to any of this? Never is the answer. Not only is the Canadian press onboard with the phenomenon, they go all-in on the general public having no awareness of the circumstances.

Back in the GTA, the Liberal are on fire. Liberal Ali Ehlsassi won in his Willowdale riding. Racialized Canadians make up 67% of the population  there.  In Mississauga Centre, Liberal MP Omar Alghabra won a fourth consecutive term. His riding is 71% “minority” citizens, making Mississauga Centre a white minority riding. Ever heard the term “white minority” mentioned by media? Not to worry, because you never will.

Anyone else notice a pattern here? We speak of a direct relationship between racialized majority communities, and 3rd World migrant winners. How fortunate it is that these candidates do not have to be “all Canadian” to win. Half-citizenship is perfectly acceptable, as in the case for three time winner Liberal MP Ahmed Hussen, current citizen of Somalia. His riding of York-South Weston is “majority-minority.” Likewise for three term winner Iqra Khalid, half-citizen of Pakistan. Ms. Khalid’s riding is minority white.

All of which conjures up the question of the millennium: is what we are saying an act of racism? Is presenting fact an act of bigotry and hate? The liberal left and multicultural non-profit groups would certainly say so. Then again, they own the definition of racism.

How about a related existential question: is reality itself racist? The information contained herein is not taken from an “alt-right” conspiracy website. These statistics come from Muslimlink, a Canadian non-profit organization.

The point is not a promotion of racism. The point is an exposure of how Justin Trudeau and the Liberal Party are utilizing immigration policy to remain in office– forever.

In CAP’s books, this agenda is called “pseudo-communism.” The immigrant- government dynamic are subterfuge for an ultimate goal– the Liberals to never lose a federal election again.

Where all this leads to is an open question. No wonder mainstream media never ponder on the future condition of Canadian society. CAP wouldn’t either, if we had a secret agenda to transform our nation into a dictatorship.