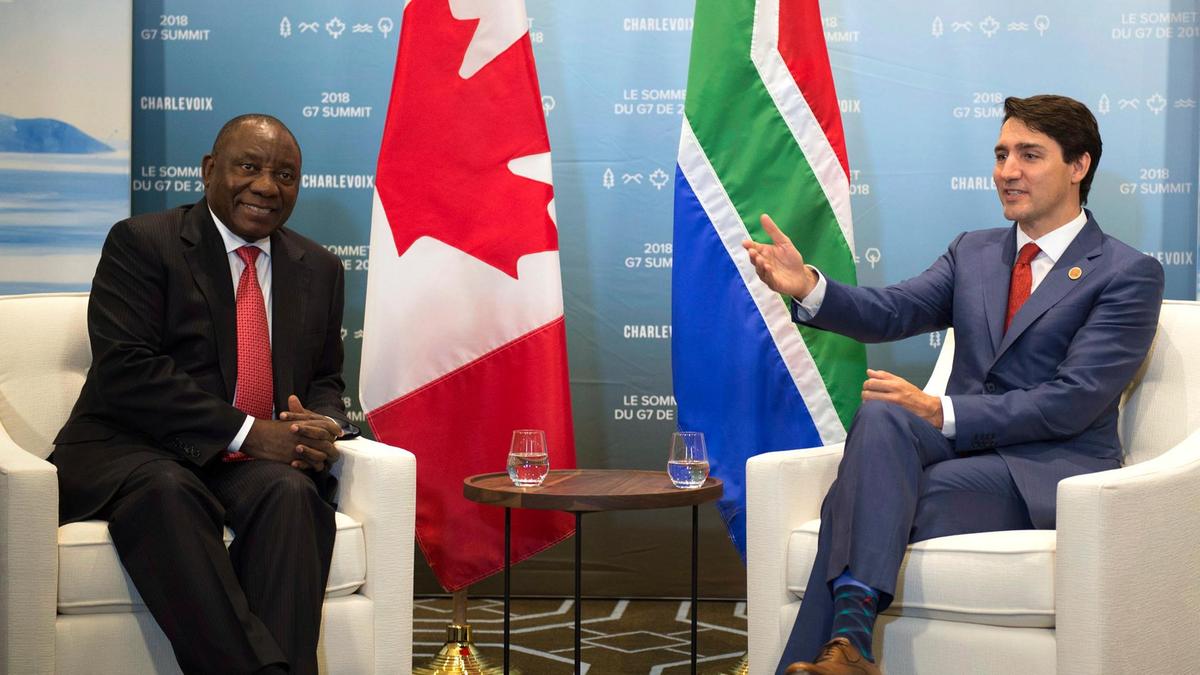 “Canada’s population is expected to continue to grow as a result of high immigration levels, while the natural increase is expected to maintain a downward trend due to an ageing population and low birth rate.”

There you have it–straight from the “horse’s mouth”– the Liberal government of Canada. Talk about being reduced to a piece of giant insignificance. Government are describing the deterioration of Anglophone Canada populations as nothing more than a “downward trend due to an aging population.”

Talk about underplaying one perhaps the most essential demographic transformation in the history of Canada. Watch and witness how meaningless Old Stock Canada is in the eyes of Justin Trudeau’s post-Anglophone Canada.

What percentage of population growth in Canada is today attributed to immigration? Try a cool 83%. And the percentage by way of “Old Stock” Canada? A frigid 17%.

CBC Translation: Who gives a damn about Anglophone Canada? They are a fading “dinosaur” community who will exist as a powerless minority within Trudeau’s self-proclaimed “No Core Identity” Canada.

As it happens, Justin Trudeau has increased every immigration-oriented intake program in existence.  The annual federal intake number, quotas for refugees, family reunification–all it from soup to nuts.

Conversely, white Canadian populations are rapidly shrinking. Media say nothing– not a single word from CTV, Globe & Mail, National Post on the ever-shrinking-pending-minority-status trajectory Anglophones are currently riding into the great Canadian sunset.

Why? What is the purpose of holding back this trans-formative social development? Well, even Mickey Mouse could answer this one– so that said peoples will silently and efficiently walk down a path toward their ultimate decimation.

Therefore, logically speaking, CBC and the rest must either share government’s long term demographic vision from Canada, or they are not permitted to write about the nefarious agenda.

Either way, whitey finds itself in a most precarious position. Stay mum on the issue, and take that pre-meditated “long-days-journey-into-good-night,” or push-back and be branded racist by government and their media partners.

A tough choice, but any patriot worth their salt will know CAP’s response is to fight back. As in, fight fire with fire. Anglophone Canadians must organize politically. We must leverage the Charter of Rights and Freedoms to solidify our community rights in the same manner as Sikh and Muslim-Canada have done so effectively with the help of Trudeau and his Third World Cabal of MP’s in the GTA.

Our community problem is not one of numbers at present. Although fading fast, Anglophones are still the largest identifiable Canadian community in 2020.

Fortunately, there may be a speck of light in a country of Liberal-Globalist darkness– the establishment of the Wexit Party of Canada. Has Justin Trudeau set the stage for the break-up of our nation?

Of course he has–just as CAP predicted from the “get-go.” Justin is a born destroyer–and he is setting up Canada for a potential break-up as we speak.

Degree to which establishment media have alluded to this possibility? Zero–because Justin controls media by way of financial donations to offset a massive decrease in advertising revenues.

So what is in the pipeline for the future? Try this on for size:

“Being the second-largest landmass in the world, Canada’s population has recently passed the 37.5 million mark only. Of course, this falls short of other large countries such as Russia with 144 million, the US with 326 million, China with 1.4 billion, India with 1.3 billion, and Brazil with 210 million. Consequently, Canada is eager to bring in new immigrants as much as possible.”

See how government lie to the world? Poll after poll proves that Canadian citizens do not want an increase in immigration intake quotas.

Of course, Canada will “fall behind” if we do not trans-sition into a population giant. Immigration quotas are going up even further. Foreign student and foreign worker programs accelerate the demographic transformation.

And that of Anglophone Canadian population growth? “Down, Down, can only go down from here.” Degree of media exposure? Nothing, nada–zip.

Simply put–this situation is the political travesty of the century. Media breathe not a single word about it. When government and media function as a single unit, communism has arrived in Canada.

Is communism not the preferred form of governance among the entire Trudeau family– Justin, brother Alexandre, as well as papa Pierre Trudeau before them?

1 thought on “Minority Report: Anglophones Account For 17% Of Population Growth, 83% From Immigration”