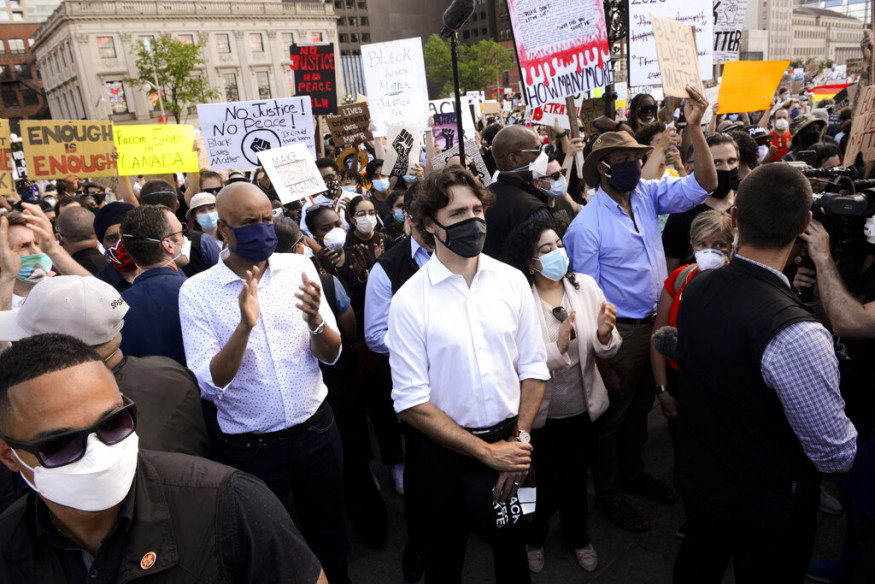 “Anti-hate experts are urging policy makers to take action against what they describe as growing right-wing extremism in Canada. One of these experts says research suggests that millions of Canadians have been drawn into the far right over the course of the pandemic.”

It should come as no surprise that Cultural Action Party recommend skepticism regarding media proclamations of this nature. Common sense Canadians recognize the game at hand.

Being funded by the ruling government of Canada means that media are indebted to our current Liberal government. As such, certain omissions flavour media accusations toward our population.

Canadian arbiter of racism, the Anti-Hate Network, estimate that 10 to 15 per cent of Canadians hold “far-right” views. What is never included in these diatribes is the criteria which qualify citizens for the racist branding. There is none. The opinions are subjective, based on far-left bias toward the so-called “far-right.”

Additional omissions come to play. Nowhere within media accusations can one discover objective reporting on the reason why Canadians may be leaning toward the right. Obviously, AHN king-pin Evan Balgord has never heard of Albert Einstein’s theory of cause and effect:

“The law of cause and effect is a universal law which specifically states that every single action in the universe produces a reaction no matter what.”

In other words, whatever far-right sentiment exists finds its source in the far-left propaganda machine that is the Trudeau government. Nor does Balgord appear familiar with the Buddhist theory of Karma:

“Karma is a term about the cycle of cause and effect. What happens to a person, happens because they caused it with their actions.”

Clearly, enlightenment is not a priority among racism witch-hunters. In this they are the same as the Feds– they just want everything their way.

The fact that a branding of Old Stock Canadians as racist in a CTV article is devoid of its number one perpetrator is in itself cause for doubt. How can an article of this nature exist without a reference to the kingpin of bigotry branding?

While CTV run us ragged with damnation of our communities, the name Justin Trudeau never appears in the source article. Fully intentional it is. How is it that Canada’s Grand Inquisitor of community fragmentation is omitted from the CTV media diatribe?

It makes no sense. No Canadian has been more instrumental in our country’s transition from fair and reasonable society to a collective of racists than our current prime minister.

Instead, the focus is laid at the feet of a federal party leader who has been in office for all of 20 minutes- Pierre Poilievre of the Conservative Party.

CAP told readers it would happen. Already legacy media are gunning to crush the CPC with the race-card. This isn’t a matter of truth versus falsehood. The question is whether our press will be successful in branding the Conservatives as bigots and homophobes, thereby assisting Trudeau in transitioning Canada to a one-party state.

“The Conservative Party of Canada’s new leader, Pierre Poilievre, has embraced convoy supporters and marched with a Canadian soldier who refused to be vaccinated.”

There it is– the method by which media are working to ensure a continuation of Justin Trudeau’s Liberal Dictatorship. Government and media against all detractors– just as it exists in communist China.

Heidi Beirich of U.S.-based Global Project Against Hate and Extremism, says Canada “should pass a digital accountability law that forces social media companies to clamp down on disinformation shared on their platforms.”

There you have it– the true motive for branding Canadians a motley crew of bigots. Witness as battle lines are drawn:

The far-left versus the far-right. If ever something qualifies for a post-modern battle, it is this. The far-left want to eliminate their opponent. Unbeknownst to most Canadians, this war of words has been raging for decades.

It has reached an apotheosis with Justin Trudeau as prime minister. Canada is being walked down a road toward authoritarian government status. Truth is, this condition can come from either side, left or right. Over the past century, citizens of the world have witnessed it time and again. Examples are well known– China Cuba, Russia, Germany, Italy.

None of this means a hill-of-beans to the anti-hate mongers. They have been appointed Lord and Ruler over matters relating to racism. There is no “two-way” street. As with establishment media, never do these types engage in dialogue with those they accuse.

“This is a situation where we have a growing far right movement that’s a threat to a lot of things: climate change, racial injustice and sound immigration policies. The list could go on,” Bierich said.

No doubt it will go on until the voices of those opposing the far-left Liberal Dictatorship are crushed. The issues are not up for debate. Witness as the closed-minded close the door on open discussion– under proper conditions a standard in a free and democratic society.

Justin Trudeau’s war against racism is subterfuge for his ultimate task: the transition of Canadian governance from democracy to left-wing dictatorship.