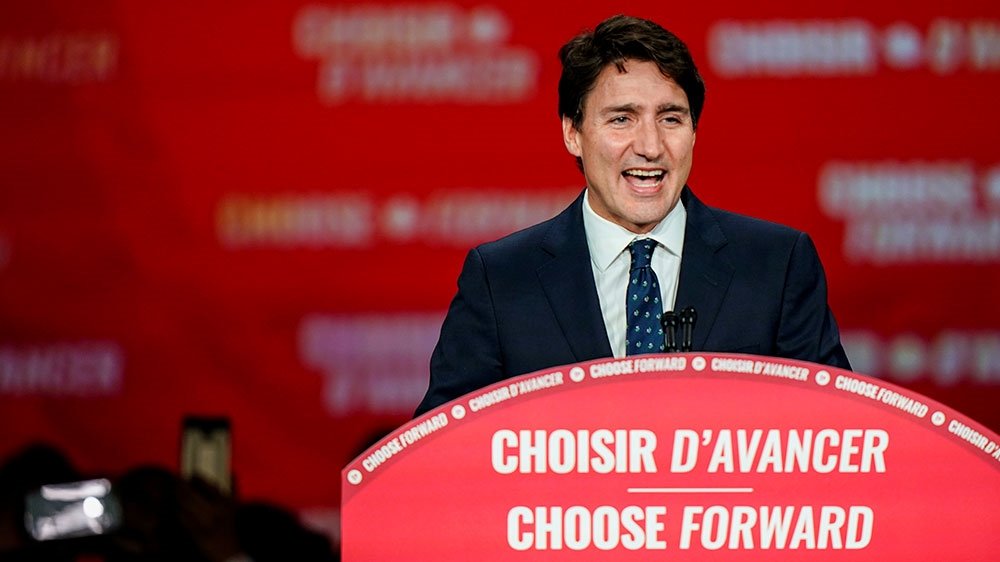 A new study suggests Canadians will face a explosive increase in mental illness for years after the COVID-19 pandemic is finally over.

Over the long term, the Deloitte study estimates that visits to emergency rooms for stress and anxiety-related disorders will increase one to three per cent from pre-pandemic rates.

The study estimates that 6.3 million to 10.7 million Canadians will visit a doctor for mental health issues — a whopping 54 to 163 per cent increase over pre-pandemic levels.

“The human crisis includes poorer educational outcomes, increased substance abuse and crime, as well as a hike in the incidence of mental illness. The study focuses strictly on mental health because there was not enough data available to analyze the other social impact.”

As far the above information, patriots should note that the deliverer is Global News Canada, a media organization fully dedicated to the advancement of Liberal-Globalist degeneration within society.

Because of this, Global News obfuscate many of the fundamental reasons Canadian mental health is rapidly deteriorating–none more so than the ruling government of our nation.

Why does media eschew the idea that much of the stress and anxiety is rooted in Liberal government “methodology?” What are their methods, you ask? Even if you don’t, here is CAP’s opinion:

Number one on the charts is mass 3rd World Immigration. CAP does not roll within high society– we are “of the streets”— not the Laurentian Mountain Liberal Elites Of Quebec.

One word on the street that stands out is the collective opinions of “Old Stock” Canadians regarding the state-of-the-nation. These Canadians HATE Justin Trudeau. The number one reason for this is immigration policy.

What CBC Is Not Telling 38 Million Canadians:

During the time period that he was immigration minister, a half-citizen currently holding a Somalian passport was placed by Justin Trudeau into the “demographic controller” position within Cabinet.  Consequently, Liberal GTA power-player MP Ahmed Hussen flew back and forth to Africa a total of twenty-four times. The set-up was to arrange for mass immigration from African countries to begin to flow into Canada.

Now, that is something which is causing major stress for Anglophone/ Francophone Canadians. Does this mean the Africans are all bad people? No, it does not.

STRESS CREATOR:  How Government, Media Are COVERING-UP Canada’s Transition From Democracy to Dictatorship

What it means is that Trudeau and Hussen have eschewed the idea that the reality of this situation is one of “too much too fast.”  Simply put–white Canadians are having difficulty with our nation’s trans-ition to a 3rd World-dominated society.

This is where Justin Trudeau has placed our people– as society’s designated racist community. All we hear about from media these days is how awful our people are. Many are seeing how white Canadians  are being railroaded out of employment positions for having light skin.

Employment for our people is tougher than ever, as government and corporate Canada refuse to hire Anglophone Canadians because we are not dark-skinned migrants from the Third World. What else? “Old Stock” Canada is being taxed to death by Trudeau and Morneau. Then we find out that our government has sent, or designated, something in the area of $10 BILLION of our tax dollars toward:

Iraq, Afghanistan, Syria, Somalia, Jordan, Ethiopia, Senegal, Pakistan, Nigeria, Yemen, Bangladesh, Kenya, Sudan, Niger, India, Ghana, Lebanon, Uganda, Rwanda, Egypt, Tunisia, Morocco, Zimbabwe, Myanmar. Central African Republic, Liberia, Congo, Ivory Coast, Burkina Faso, Chad.
A totally stress-free situation? Not on the life of our brain-cells. Media steer clear of every element expressed within this article.
CAP will not–we maintain that as a so-called “national leader,” Justin Trudeau has created an angry, stressed-out, bitter and resentful society. Everyone is looking for some one else to blame, when the TRUE responsibility lies in the management of Canadian society by the Trudeau government.
It’s all in the game as PM Justin Trudeau, MP Ahmed Hussen and the Liberals work a globalist agenda which includes a decimation of “traditional” Canadian society.
This is a major component for a deterioration of mental health in Canada. Of course, any patriots knows what CBC are not revealing as a major “side effect” from this scenario:
Big Pharma will make BILLIONS in profit  as a result. For CAP, Big Pharma maintains the same malevolence for our society as our current Prime Minister.
After all, under the iron-clad rule of the traitor Trudeau, a “globalist is a globalist is a globalist.”
— BRAD SALZBERG, CAP Founder.