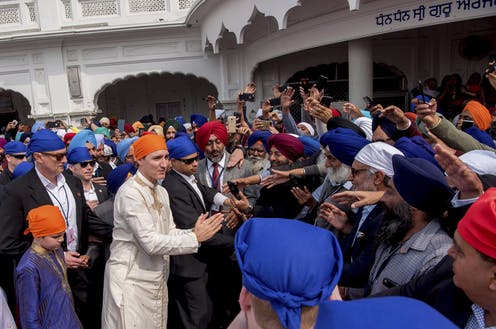 When it comes to Canadian media’s fervent dedication to propping up the government of Justin Trudeau, silence is indeed golden.

How many Canadians are aware that among the Covid chaos permeating  society two new federal parties have entered the political arena?

Upon analysis, it is easy to understand why CBC, CTV, Globe & Mail and the rest shun this development.

The Maverick Party of Canada have branded themselves “The West’s Federal Party.” Game over, right there. No chance in Hades that the CBC are going to inform 38 million citizens that a nascent western-centric party has arrived on the scene.

To do so would be to adhere to the tenets of democracy. Establishment media no longer indulge– that’s all so “2014” for them.

According to their website, the goal is to “get western Canadian Maverick MP’s to Ottawa in the next election so we have true western representation.”

In addition to party leader Jay Hill, former Conservative MP for a Northern B.C. riding, the Mavericks have a host of MP candidates ready to run in a future federal election.

One problem stands in their way: the goal of PM Justin Trudeau’s media partners is to ensure Canadians do not vote for the Maverick Party. The methodology is simple: refuse to expose the party’s existence for the purpose of minimizing the number of votes they receive.

Another new political player on the federal scene is the Republican Party of Canada. Leader Rob Carbone has 33,000 followers on his Facebook page. By way of mainstream media, more than likely you can count one hand how many citizens have heard of them.

Pourquoi? Because media will not write about them. Within a democratic nation, diversity of political representation is the very best thing. Too bad for democratic theory that Justin Trudeau owns Canadian governance– as well as our media.

A third player exists in the form of Maxime Bernier’s Peoples Party of Canada. This writer met Mr. Bernier at a recent political rally in Vancouver. Respect goes to this man for sticking to his guns on a plethora of critical issues. A panderer Mr. Bernier is not– how refreshing in a field of federal leaders headed up by the greatest panderer in history, PM Justin Trudeau.

Media have other thoughts on Maxime Bernier. Informed Canadians know what happens to politicians who refuse to buy into climate change, pandemic propaganda and the like– they are branded racists and white supremacists.

Such is the state of society within the Great Reset epoch of Canadian history. Dogmatic globalism has no place for up-and-coming challengers to the kingdom of Trudeau.

Rather, Canadian media’s task is simple in conception: assist the Liberal Party of Canada in their quest to crush all opposition, thereby rendering our country a pseudo-dictatorship.

Out of myriad examples, the shunning of new political competition by media adds credence to a tenet of Cultural Action Party theory:

The silent goal of government and media is a transformation of our country into a socialist dictatorship.