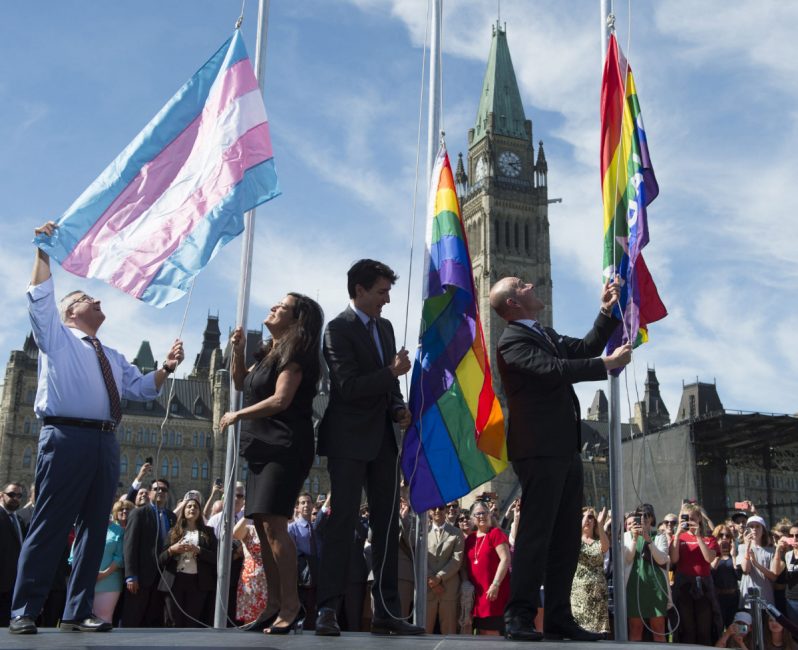 “Children under sixteen will need court approval in England and Wales to access puberty-blockers after a landmark ruling amid a global debate about the age at which a child can choose to transition gender.”

Really? A global debate? Have not heard hide nor hare of this development within Canadian society. What is it about transgenderism that results in ubiquitous protection by way of our controlling institutions?

Try a simple experiment: in your Google browser, do a search on keywords “Transgender CBC.” Cultural Action Party gave up after eight straight pages– 62 articles-– on the topic of transgenderism.

The accepted percentage of Canadians who have transitioned is less than one percent of our population. Why on earth are media so dedicated to promoting this post-modern phenomenon? There has to be a reason, no?

Equally as disturbing is the fact that among the endless cycle of articles, narry a warning in regard to sex-change surgery can be found.

On July 22, 2019, Jerome M. Adams, Surgeon General of United States Department of Health & Human Services, had the following to say:

“We inform you of a grave public health concern impacting adolescents diagnosed with gender dysphoria. It is an issue so dire that the Royal College of General Practitioners in the United Kingdom issued an unprecedented warning to the public earlier this month.”

Extent of exposure within Canadian media remains between zero and nothing. For what reason? Throughout his first term in office PM Trudeau was seen prancing about in dozens of Pride Parades.  During the events, Trudeau waved transgender flags, complete with a look of glee on his face. Did he ever stop to think about what he was doing? Or was he merely acting out what others told him to do without thinking of the complexity involved? Sounds altogether manic to CAP.

The entire phenomenon is one giant mystery. What is the motivation behind this phenomenon? In situations of this nature, it is reasonable to default to a fundamental impetus– money.

If a logical reason cannot be found, finance is the path to follow. A 2018 article from The Federalist attempts to explain:

Who Is Funding the Transgender Movement?

“These billionaires fund the transgender lobby and organizations through their own organizations, including corporations.These funders go through funding organizations such as Tides Foundation.”

Thus rendering the trans-movement more of a business than an agenda for social equality. The name Tides Foundation may ring a bell for some. This American-based non-profit has been reported to be a key player in the impediment of production in the Alberta Oil Sands.

“The extent of anti-oilsands activism bankrolled by foreign-funded actors, included Tides Corp. and their Canadian proxies, was recently examined in the Alberta Inquiry which was able to trace nearly $1.3 billion in a sophisticated de-marketing campaign against Alberta oil and gas.”

According to Rebel News, a financial grant has been given to Equiterre, a non-governmental agency formerly headed by newly appointed Environment Minister, Steven Guilbeault.

Big Pharma. Transgenderism. Alberta Oil Sands. George Soros. Open Border Society. Stephen Guilbeault. Tides Foundation. How neatly all this ties together, if one makes an effort to do so.

Of course, trans-profits are a mere drop in the bucket compared to Covid profits. While a certain murkiness surrounds the situation, there is one thing we know with certainty: establishment media are every bit as dedicated to the vaccination industry as they are toward transgenderism advancement.

What’s our takeaway here? Are we able to validate an agenda which media so haughtily brand a “conspiracy theory?”  While conclusions are difficult to ascertain, there is one concept Canadians can take to the bank:

Neither government, media nor academia have done a darn thing to impede these developments. Rather, it is a case of our controlling institutions working to facilitate all aspects of the globalist agenda.