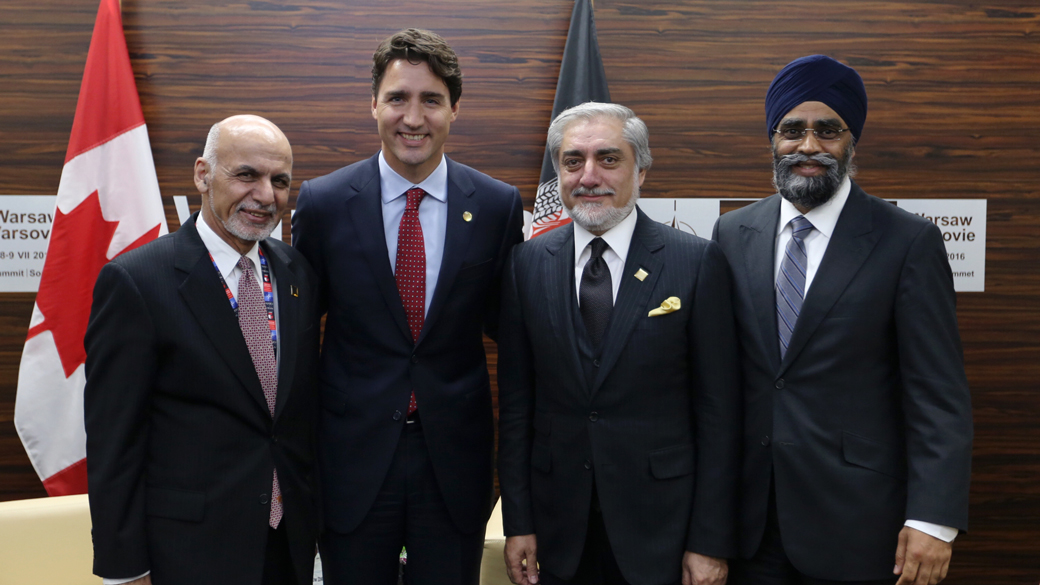 A global Canada is more than a choice: It’s a necessity.” — Global Affairs Canada.

When the Taliban seized power in Afghanistan in 1996, the organization was recognized by just three nations: Pakistan, Saudi Arabia and the United Arab Emirates.

In a recently published article, Colin Robertson, current vice-president at the Canadian Global Affairs Institute, has put his hat in the ring in support of recognition of the Taliban.

Turns out he is in good company. Last week, Muslim Cabinet Member MP Maryam Monsef referred to the Taliban as “brothers.” Prime Minister Justin Trudeau had not a word of regret regarding her statement.

He comes by it honestly. Despite the blood of millions on Mao Zedong’s hands, Canada recognized the People’s Republic of China in 1970; Pierre Trudeau believed Canada could not be a responsible player in global affairs if we ignored one-quarter of the global community.

It’s a family affair. Liberal prime ministers of the Trudeau variety have always been obsessed with the world stage. Never mind the quantity of death and carnage–what counts is whether colloquial Canada is a player on a global level.

As most Canadian realize, both Justin Trudeau and Pierre Trudeau before him admire communism. Both men have said so. What strikes Cultural Action Party as endlessly curious is a void in condemnation on the part of media.

“In mid-August, 2021, Prime Minister Justin Trudeau promised to resettle 20,000 Afghans in addition to the government’s prior commitment to those who helped Canada.”

“Those numbers will likely increase, as we saw when Ottawa made a similar promise to Syrians; whichever party forms the next government should also encourage private sponsorships.”

Welcome to post-modern Canada as advocated by our Liberal government, their media partners, in additional to our nation’s Marxist-infused academic institutions.

CAP heard the news today, oh boy. Canada in 2021 exists for the benefit of Afghanis and Syrians. Our country’s purpose is to run to the rescue for the problems in the 3rd World, Middle East, and Africa.

Source of this ubiquitous mandate? Unknown. That is, it is found in one giant assumption. Our controlling institutions have gone and inverted society. Non-Canadians first, Canadian citizens last– except when it comes to funding the efforts with our tax-payer dollars.

Watch The Video: Crowd Chants “Lock Him Up” As Trudeau Branded Traitor

Anyone else picking up on a certain omission? Within the entire dynamic, not a shred of true democracy is found. The people of Canada did not advocate for Global Salvation Army status. Nor has a referendum occurred. It has never been an element of federal party election platform.

It just happened– as it did for soul sisters Immigration and Multicultural policy.

Canada a true democracy? Not in our lifetime. And now for the bad news. Justin Trudeau and the Liberals are not only supporting dictatorial governments–they are leading Canada down a path toward this status.

If a spade were a spade, Global Affairs Canada would be referenced by its true purpose– to function as an anti-democratic miniature United Nations. Further advanced by a news industry monolith known as the Canadian media.