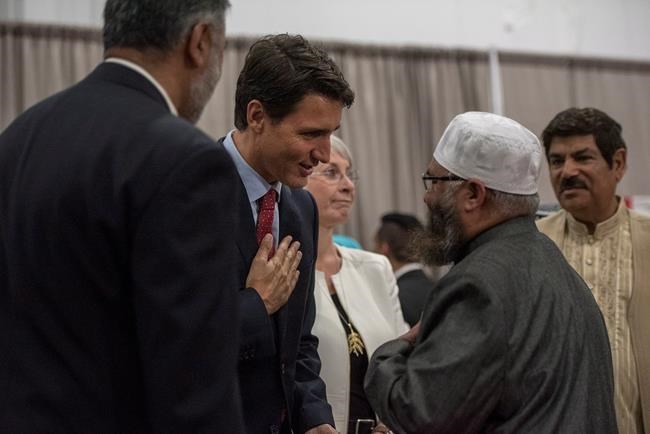 Canadian media organization Toronto Star is said to receive an equivalent of $115,000 per week from Canada’s ruling Liberal government.

The result has been a significant change in editorial approach. Instead of objective news reporting, TorStar outlet the Hamilton Spectator is preaching Islamic religious tenets to news consumers.

No, this is not drawn from a sermon at the Ottawa Mosque that PM Justin Trudeau attends each year for the Ramadan holiday. Rather, it is found in the pages of a Canadian mainstream media publication.

What’s up with this? Not only are Muslim prayer sessions a part of Canada’s public education system. In 2022, the Canadian press are preaching the word of Allah.

What a strange society Canada has become. Remember that time when Christ’s Sermon on the Mount was printed in the pages of the Globe & Mail? Neither do CAP— because it has never happened, and never will.

It’s not as if this incident is an isolated example of community privilege. Away from the media spotlight, PM Trudeau established another first for Canadian society.

“The Liberal Muslim Parliamentary Caucus is deeply concerned about threats made to a downtown Toronto area mosque.”

A Liberal-Muslim Caucus? Who even knew the darn thing existed? Try just about no one–just as Trudeau and the Liberals want it to be.

The meetings, held once a month and attended by Liberal MP’s Iqra Khalid, Ahmed Hussen and Omar Alghabra, begin with the following words:

What, pray-tell, does all this portend for the state of our nation? In truth, these privileges are a growth industry. Do the Liberals know that Canada is about to be inundated with a giant wave of Muslim immigration? In order to pacify the public, government and media hide away the incremental developments.

‘Islamic Heritage Month An Opportunity To Learn’ reads the title of the article published this week.

To learn what, Ms. Raza Khan? Shocked we are to find a roll-out of the usual suspects:

— Canadians must learn about Islamic History.

— Mohammed is God, Islam is the way, the Koran is holy.

“Muhammad’s (pbuh) mission on earth lasted only 23 years. During this time, he successfully united hundreds of warring Arab tribes under the banner of Islamic brother/sisterhood.”

My, my– no wonder Justin Trudeau is falling all over himself to please one voting community. CAP didn’t realize his goal is an emulation of the “achievements” of the Prophet Mohammed.

Mr. Trudeau has never been satisfied with a position as lowly as prime minister of Canada. His narcissistic ambitions reach far beyond. With his noggin wrapped in a Sikh religious head-covering, our PM dreams of being the “Woke Saviour Of Peoplekind.”

The fact that he is going to ruin things for the rest of us is never factored into the equation.

“Paradoxically, every attempt to vilify and suppress Islam, results in more people embracing it. Indeed, Islam today is the fastest growing religion in the world.”

Islam is the fastest growing religion in Canada. Obviously, it is not growing fast enough for Justin Trudeau and his cabal of half-citizen MPs.

“Despite already being heavily subsidized, the Toronto Star newspaper is requesting millions of dollars more taxpayer funding from the Trudeau government,” according to Blacklock’s Reporter.

Quite. The Feds hand Torstar additional funds, which they use to promote fundamentalist Islamic teachings. Stand up and protest against it, and a Canadian will have breached M103, the “Islamophobia” motion established by half-Pakistani citizen Liberal MP Iqra Khalid.

From the pages of the Toronto Star:

“The Qur’an comprising 6,236 verses in the Arabic language is perfectly preserved to this day since 632 C.E. when its revelation through Angel Gabriel to Muhammad (pbuh) was completed. Miraculously, it was revealed to Muhammad (pbuh) by Gabriel piecemeal and out of sequence over 23 years in spoken word.”

“To Muslims, the Qur’an is the final, perfect, complete, unalterable scripture that Allah (God) has gifted to all mankind until the Day of Judgment, while Muhammad (pbuh) is the final prophet and messenger of God.

Final, complete, unalterable. Talk about perfect synergy with Liberal “progressive values.” Not. Sounds not unlike political policy from demigod Trudeau.

Meaning it is likely that Canadians have no interest in fundamentalist Islam. That’s okay–media will drive it into our brains regardless.

“Federal and provincial governments are under an equal duty to maintain neutrality with respect to religion,” said Carissima Mathen, law professor and constitutional expert at the University of Ottawa.

Of course it’s not happening. Special, privileged status is available to specific identifiable communities. The rest–excluding Sikhism–can take a long walk off of a short Lake Ontario pier.

And here mainstream media have the nerve to speak of “white privilege.” When it comes to the chosen and the damned, the Liberals have definite ideas on who qualifies, and who does not.

More awaits in the future as Canada’s morph’s into the contents of Justin Trudeau’s deepest dream.