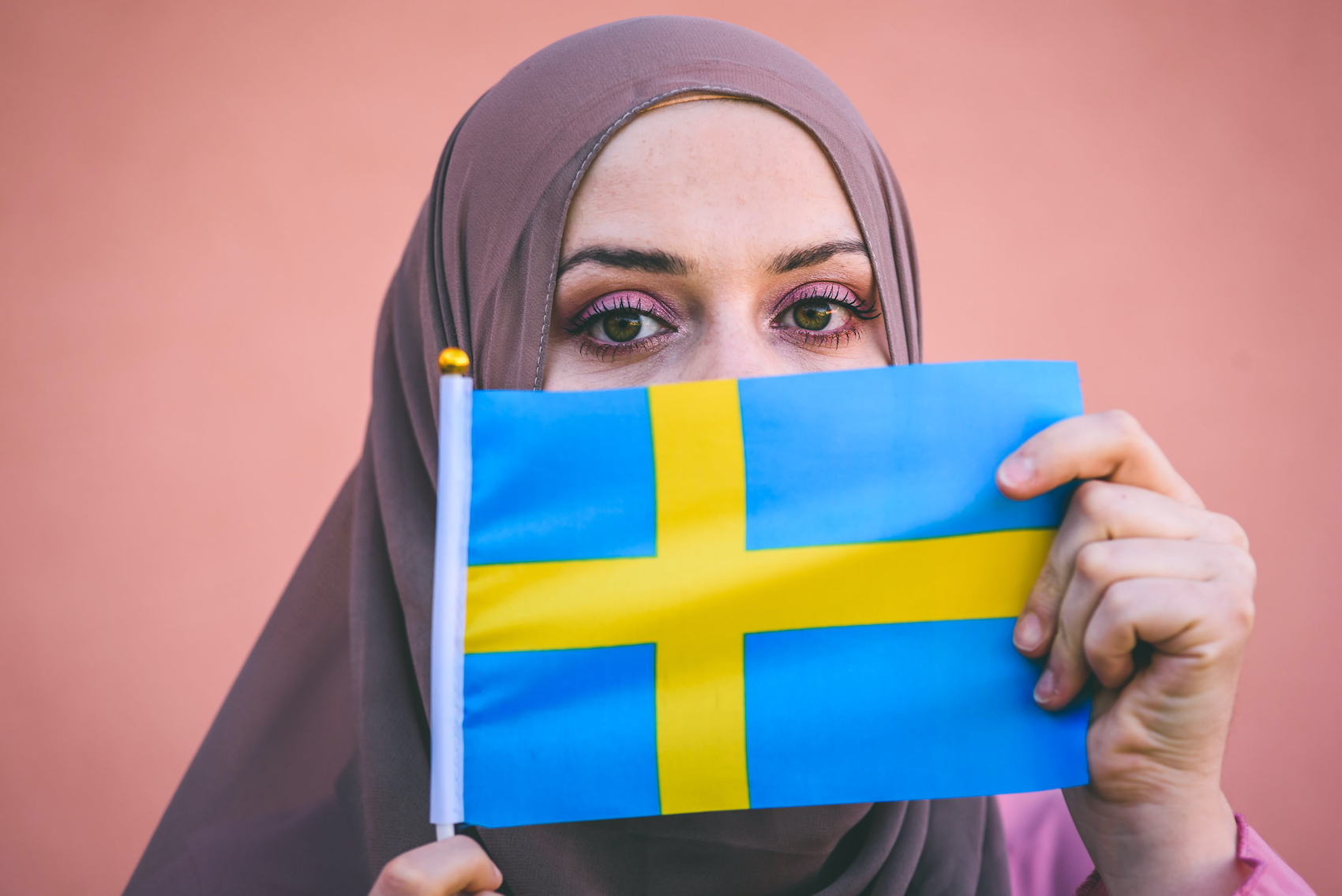 “ISLAM is a Belgian Islamist political party. It aims at the establishment of an Islamic state in Belgium and the replacement of the current and historically existing legal system in Belgium with Sharia.”

As culled from the pages of Wikipedia, interested parties discover what is thus far hidden from the awareness of Canadians. Political parties in European countries are moving forward from basic affiliation with leftist parties supporting their myopic interests.

Step two has arrived. In this episode, fundamentalist Muslim parties are forming independently of existing secular and liberal political entities.

Bringing about a salient question for Canadians: how long before the very same occurs on Canadian soil? Certainly, it’s only a matter of time.

“In the 2012 Belgian Municipal Elections, the party focused its program on three specific demands in the field of education: the distribution of halal meals in canteens, the authorization of the wearing of headscarves in schools and the granting of confessional days off. Subsequently, the demands were extended to other areas.”

A development in Sweden picks up on the political trend:

“With Muslims as its primary focus, Nuance describes itself as a party that prioritizes the rights of minorities. The established parties, particularly Muslim ones, have been accused of failing minorities, according to Nuance spokespeople.”

Pray-tell, fellow patriots. On how many occasions have you read about the appreciation “special interest” communities– LGBT and such– have displayed toward these countries? Little to nothing being the accurate response. It’s the same all over– “not good enough,” “more must be done” and other typical prattle. For some, insatiability functions like it provides a key to the kingdom of heaven.

“Overall, the Muslim Nuance Party said it was particularly focused on three problems it considers most urgent: Islamophobia, integration and housing shortages.”

“The party aims to ensure that Muslims and Afro-Swedes receive a special minority status in Sweden’s constitution.”

Special status, eh? What other goal is there? Oh yes– a gem called an entrenchment of Sharia Law. How “progressive” these countries are.

In the Netherlands, the Islam Democrats work to instill Muslim law within their society.

In Belgium, Islam is the second largest religion after Christianity. Various sources estimate that 4.0% to 7.6% of the country’s population adheres to Islam. A 2017 Pew Research report documents Sweden’s Muslim population at 810,000 people, 8.1% of Sweden’s total population of 10 million people.

Canada’s Muslim population stands at approximately 4%. Could our country be looking at a replication of this political dynamic in the future? Islam is the fastest growing religion in Canada. Why would the same situation not unfold in our country?  In 2022, Canada has the most Islam-centric Prime Minister in our nation’s history.

Is an officially registered federal Islamic political party a fait accompli in Canada? CAP  wouldn’t bet against it. And what if it does occur? Let us bring together all preventive measures to impede the project.

Simply put–  there are none. By now, patriots know how special interest groups roll in our society. First, the detractors will be branded racist bigots. Next, special interest lawyers will haul out ex-Liberal PM Pierre Trudeau’s Charter of Rights and Freedoms.

Remember this little beauty? In terms of Covid, government afforded themselves the luxury of throwing pandemic-related Charter rights in the trash bin. Yet, when it comes to Justin Trudeau’s coveted “special interest” communities, the Charter reigns supreme.

The bottom line is basic: there exists no vehicle to prevent a replica of Swedish and Belgian Islamic political parties in Canada.

We imagine the development in action: Half-Pakistani Liberal MP and founder of M103, Iqra Khalid, exits the Liberal Party, and transitions to the Canadian Islamic Party.

A catalyst is born. Members of PM Trudeau’s current Muslim-Liberal Caucus join her. Breathing life into the Sharia Law based party, the fundamentalists are off to the political races.

CAP harbour no crystal ball regarding these matters. It may never happen. Our gut-feeling tells us otherwise.

“Islam today is the second largest religion in Europe, and by the growth rate of the number of faithful Muslims it is well ahead of Christian Europeans. There are about 24 million Muslims in Europe today, and some predict their numbers could double in the next 15 years, including at the expense of labor immigration and a high birth rate in Muslim families.”

A report entitled The Future of The Global Muslim Population estimates that, by 2030, there will be about 2.7 million Muslims living in Canada, and they will make up approximately 6.6. percent of the population.

Away from media obfuscation, we recognize a piece of reality: like historical despots Mao Tse Tung and Fidel Castro, Justin Trudeau is a revolutionary political figure. Easing society into his transitory ways, our PM has declared Canada to be a “post-modern” nation.

In case readers have not heard(more than likely), the Islamic Party of Ontario officially reserved its name under Elections Ontario rules in October 2018.

How effectively PM Trudeau’s “no core identity” proclamation has set up our country for a new core to come along to take its place. Is this a “window of the world” into the future of our nation?

Will the door one day open to the office of a federal Islamic Party of Canada? One look at Justin Trudeau, and astute observers know the answer is found in the affirmative.