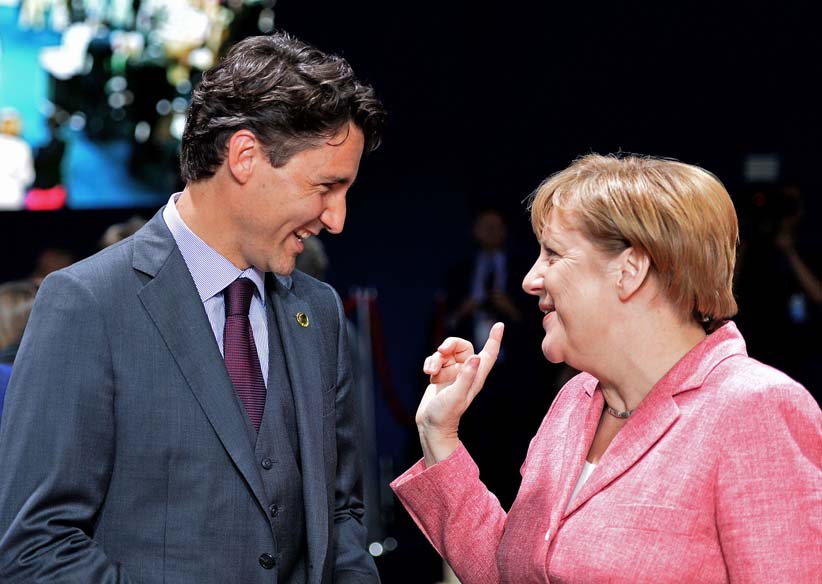 If a news consumer wants to understand media bias in Canada, simply call up the website of the Globe and Mail, our nation’s most respected news outlet.

There one finds the same omission absent from the National Post. Ditto for the Toronto Star, including under their “World” tab. The same applies to CBC News.

We speak of the departure of Angela Merkel as Chancellor of Germany. All over the world media are at this moment heaping praise upon her shoulders. CNN, BBC and countless other are waxing philosophical regarding the 16-year period Ms. Merkel remained leader of Germany.

In no manner has legacy media in Canada followed suit. Does this not suggest that our press function as if contained within a monolithic media bubble?

Within her storied term as Chancellor, one item stood out as a defining factor:  admitting Middle Eastern refugees to her nation.

Of the more than 5 million people who sought asylum in the EU from 2015 to 2020, nearly 40 percent did so in Germany, making the country by far the largest European destination for refugees.

What ideal fodder for the growth of refugee intake in Canada. Like Angela Merkel, Prime Minister Justin Trudeau functions as a perpetual conduit for refugee migration. So much so that his first decision as an elected PM was to donate over one billion dollars to importing 35,000 Syrian refugees.

Cut from the same cloth, Merkel and Trudeau stand as quintessential globalists. Chancellor Merkel was female– another ticket to paradise within the world of woke liberal journalism.

So where is the fawning from establishment media in Canada? There is none. Why not? Cultural Action Party can only speculate on reasons for this.

Here is our guess: our Liberal government instructed Canadian media to “go light” on the departure of Angela Merkel. They do so because of the potential impact upon their boss– Justin Trudeau.

Could it be that the end of the Merkel era lends credence to the end of the Trudeau era? Her departure means that our PM becomes the longest-standing leader of G7 nations. As such, public perception could shift toward the idea that the time has come for Trudeau to depart. As if mainstream media would advocate such a thing.

Media response to refugee intake within western nations is monolithic in presentation. “It’s a great thing” purport a plethora of media organizations. The fact that none can pinpoint why it is a great thing is beside the point. Government say it is, and that’s what matters.

Away from the mainstream can be found countless reasons why refugee intake is not a good thing. Crime rates, ethnic “ghettos,” misogyny, welfare states, illegal entry, fraud, immigration scams– the list goes on and on.

Angela Merkel perpetuated this more than any other political figure of the past two decades. As a result, she was placed on the cover of Time Magazine as “Person Of The Year.”

Under the ruling Liberal government of Canada, refugees– both legal and illegal– are top priority for government. A list of benefits as published by Immigration Canada tell the story:

Canada provides income support to eligible refugees who cannot pay for their own basic needs. Support can include a:

Can you imagine First Nations communities being treated in this manner? Obvious it is that Canada has transitioned to a country that prioritizes non-Canadians over Canadian citizens.

As far as Angela Merkel goes, she will head off into the globalist sunset as carved out for her by the globalist media industry. Back in Canada, we won’t be hearing much about her transition out-of-office.

Canadians might get to thinking the same should happen for Justin Trudeau. Such thoughts might impede his position as pseudo-dictator of Canada.