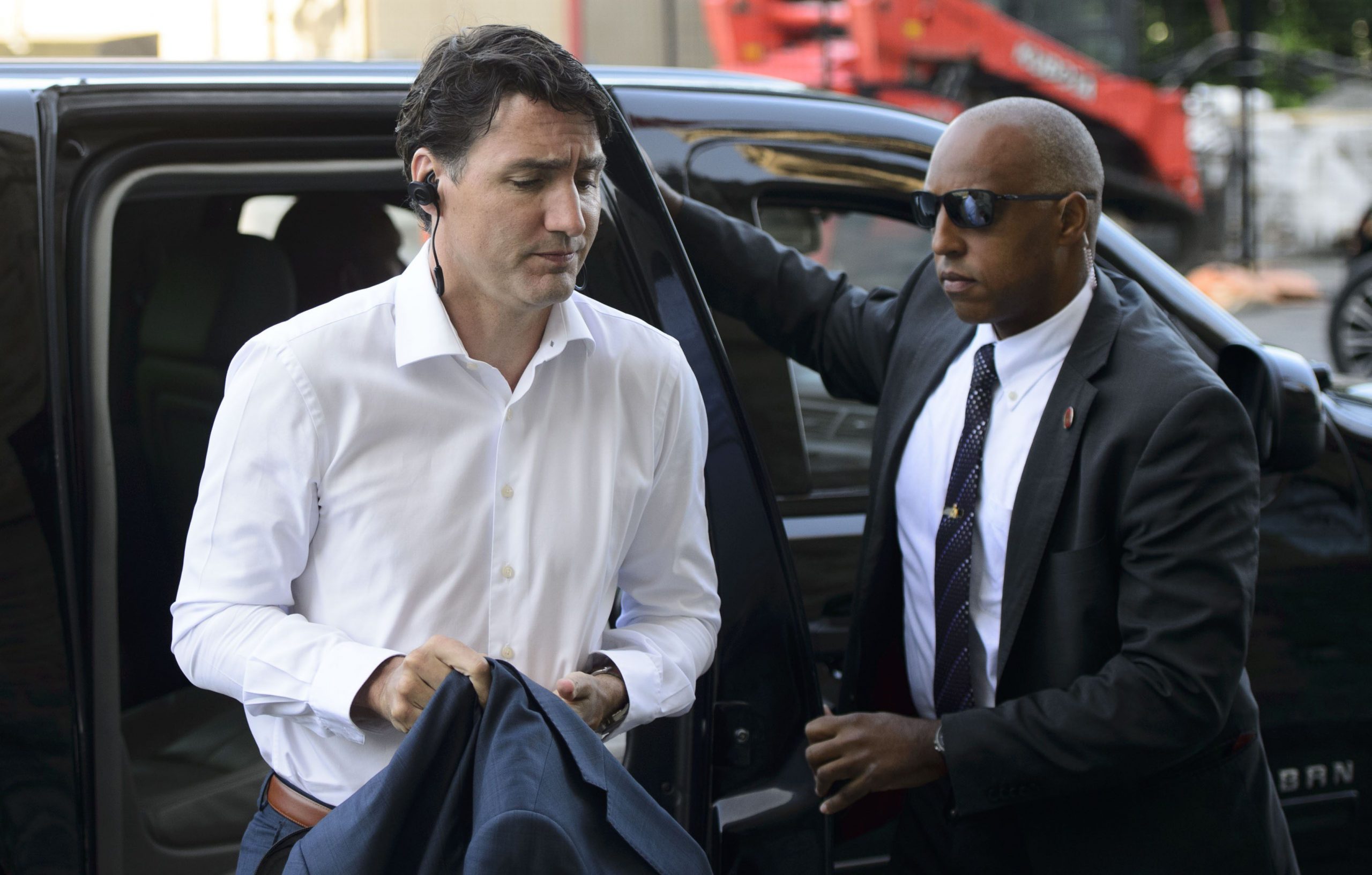 Welcome to the post-modern world of Liberal-Media favouritism. A common theme is filtering through coverage of public protests against Prime Minister Justin Trudeau. Having ramped up to a daily occurrence at locations visited by the prime minister, Canadian media refuse to recognize a primary motivation:

The anger of Canadians reflects the degree to which Trudeau has ignored public interest in pursuit of a personal agenda. Unfortunately, his agenda has for six years placed the needs of foreign nations above those of the citizens of Canada.

Tossing aside true motivation for public anger, CBC News and corporate media are now reverting back to standard tricks of the trade.

They do not hold government or its representatives responsible. Instead, the public are being blamed. Not in a general sense, but rather through twisting media narrative into standard tools of the trade:

The protestors are racists. They are connected to far-right factions. Therefore, they are to be demonized in a bid to rally a swing-vote back to Justin Trudeau.

“For the second time in a week, Liberal Leader Justin Trudeau has had a campaign event disrupted by protesters shouting obscenities, uttering death threats against the prime minister and hurling racist and misogynist insults at people of colour and women.”

We must realize how they work. A person may have screamed out a racist statement. Yet we can be damn sure that if even one attendee did so, media will elevate it to a level equal to the collective disdain directed toward Trudeau.

This being a pent-up animosity toward six years of unilateral decision-making devoid of public input. Refusing to acknowledge this, media twist the scenario into vilification of those who attend the protests.

Anyone have an inkling as to the source of media methodology?Communism is the answer, as it serves as a template for Liberal government control over legacy media in a general sense.

“Liberals ruined the country, one protester shouting through a megaphone decked out with the name InfoWars, a U.S.-based far-right conspiracy theory website.”

According to Justin Trudeau’s media team, it is not the message that counts– “Liberals ruined our country” being a non-racist statement. It is the medium of the message– found in the logo on the person’s megaphone.

Is this not a contrived attempt by CBC News to create an association between the protestors and the far-right? The race card agenda being the most tedious element within establishment media’s arsenal of globalist weaponry.

This time out, we suspect the race card will fail. CAP have a name for this chicanery: we call it “Pity Party” Politics. It has served as a spinning wheel infused into media narrative since the day Justin Trudeau became PM.

Normally reserved for select communities that the Liberals pander to for the purpose of stimulating block-voting, media are now so desperate to save the life of the Trudeau child they are using it for the man himself.

Up to bat for a third time in an attempt to perpetuate a Liberal Party closet dictatorship, let us hope the race card band wagon has finally run out of gas.