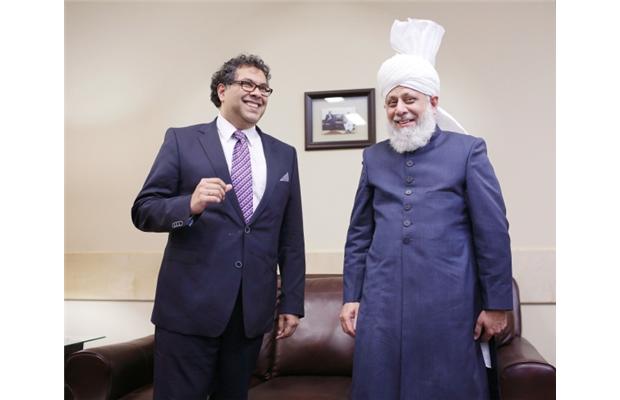 “Two first-degree murder warrants have been issued for Al-Azan Shah Muhammad, 17, and Amir Abdulrahman, 19, both of Calgary, in connection to the New Year’s Eve death of Calgary Police Officer.”

Sgt. Andrew Harnett, 37, stopped a vehicle in the northeast community of Falconridge at about 10:50 p.m. on New Year’s Eve when the driver sped off, striking him.

“Police allege Muhammad was driving the SUV in question and Abdulrahman was the passenger. As of 4:30pm on January 1st, 2020  the suspects remain at large.”

Muslim Mayor of Calgary Naheed Neshi has issued a public statement on the murder of the Calgary Police Officer. The two minute video clip begins with a quote from an Islamic prayer.

Mayor Naheed Nenshi is obviously quoting from the Koran. He does so an entirely casual manner. The mayor then proceeds to speak of the sorrow and sadness Sgt. Harnett’s family must be experiencing.

At no point does Mayor Nenshi mention the suspect’s names, nor is there any reference to their status in Canada.

The main takeway for CAP is not only Nenshi’s easy-going delivery, but the fact that he ever-so-casually evokes his personal religion.

98% of Canadian present-day Canadian mayors come from secular or religious Christian backgrounds. Do we witness Christian scripture being referenced in their public statements? What makes Mayor Naheed Nenshi believe he is special in this regard?

Was the family of slain officer in favour of  Mayor Nenshi’s indulgence in Islamic prayers? Was Sgt. Harnett a Muslim convert? It seems obvious that Harnett’s family would have little interest in such a thing.

Hear ye, Mayor Nenshi–only some 4% of Canadians share your personal faith. A cool 96% likely have no interest in Muslim prayers in reference to the slaying of a white Canadian police officer.

In May 2020,  Mr. Nenshi approved what turned out to be a highly contested public broadcast of Ramadan prayers within the City of Calgary.

A census informs us that 5.2% of Calgary residents were Muslim in the year of 2011. Based on this report, it fair to estimate that in 2020 over 90% of residents are non-Muslim. Yet, Mayor Nenshi had no problem imposing Islamic prayers on all walks of life during the 30-day period of Ramadan in May, 2020.

After three terms in succession of Mayor Nenshi’s presumptuous ethno-centricism, it is time Calgary moved on from this man and his mindset.