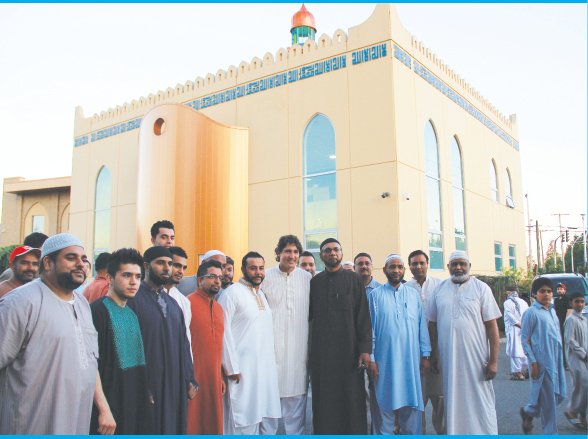 Iranian Arts and Cultural Society of Ottawa is a not-for-profit, non-religious, and non-political organization which aims to improve the understanding of Iranian culture and to encourage tolerance and dialogue within the Iranian–Canadian communities by providing arts, cultural, and educational events.

Their mandate is to fulfill and foster the creation and production of art for the benefit of all Ontarians, in accordance with the mission of the Ontario Arts Council.

Trans-lation: Canadian tax-payers fund this Islamic event at city hall in the capital of Canada. Quite. Exactly HOW MANY non-profit organizations of this nature exist? There must one thousand if there are five. Did you know? Every one of them is funded in part by Canadian tax payers.

This is multiculturalism in Canada. As established by former prime minister Pierre Trudeau, the Multicultural Act of Canada stipulates that newcomers are to import and promote the culture, religion and identity of the nations from which they arrived. Tens of MILLIONS of dollars are taken from the general tax-payer base, and trans-fered into the hands of organizations such as the National Council of Canadian Muslims, Canadian Council For Muslim Women, SUCCESS Immigration Services, and hundreds of others EACH YEAR.

Who authorized such a thing? NO ONE— except a series of rotating Liberal and Conservative Federal Governments. Not a single Canadian requested or approved such a thing. Over the decades since the Multicult Act was passed in 1988(number eight symbolizing financial prosperity in Chinese numerology), BILLIONS of dollars have been handed on a silver plate to these organizations. The funds assist Third World communities in displaying PRIDE in their ethnic heritage.

Now, let’s contrast this with the situation for the rest of us. Show any degree of pride in being an Anglophone or a Christian, and according to political correctness, this person is indulging in an act of racism. Defend Christian values, and Justin Trudeau says you are a bigot. Question immigration policy, and government brands you a xenophobe.

What a RAW DEAL. This is a stone-cold societal TRAP if there ever was one. Winner: Third World Canada, Sikhism, Islam, Transgenderism, refugees. LOSER: Anglophone Canada.

This social dynamic should be FRONT AND CENTRE within the consciousness of the Canadian majority. It isn’t– not even close. The Trudeau government handle the cover-up politically, while establishment media obscure reality by way of propaganda campaigns.

FORGET ABOUT IT. They don’t exist, and most likely never will. In 2019, Canada functions as a nation where community pride is not only selective, but socially UNACCEPTABLE for specific identifiable communities.

Translation: Third World Canada is not an oppressed group of citizens, it is a PRIVILEGED group of Canadians. Justin Trudeau has lied to us. Mainstream media has DECEIVED our people.

In order to rid Canada of this dynamic of destruction, Justin Trudeau MUST GO. Then–and only then– can political sanity return to Canadian society– if the cretinous one hasn’t already damaged our people so much that there is no possibility of redemption.