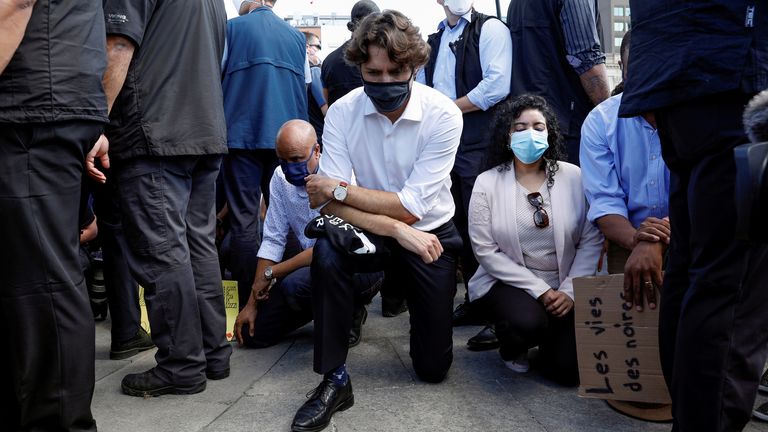 Within contemporary Canada, persecution makes for strange bedfellows. Certain community affinities stand as a testament. Time was when racism against “minorities” stood as a singular category of social oppression. That was all so “2014.” Within post-modern society, sexual bigotry has progressed toward a social standard.

Today, we have racism, bigotry, xenophobia, homophobia and transphobia. Such “diversity” is not without purpose. Expand the qualifying categories, and the so-called anti-hate movement grows in power and influence. In PM Justin Trudeau’s Canada, lack of racial and sexual equality has come to underline all social maladies.

Can this be a calculated agenda? We consider the steady rise of social oppression to the top of the political totem pole. Astute Canadians recognize a profound truth: every move made by government is underpinned with a “rights of the oppressed” ethos. It is today the “woke bible” of the liberal left.

In this capacity, we note the strangest of affinities. For example, the world of “Islamophobia” and homophobia. Complaints about both are remarkably similar. Though  antithetical in belief systems, the approach is the same.

One common theme is insatiability– nothing is ever good enough. More is always needed, more must be done. Followed by an absence of appreciation. Despite perpetual bending-over-backwards by the majority, a shred of appreciation never springs forth.

In terms of the LGBT sub-category of transgenderism, one would believe half the country is doing it. Based on media focus, Canadian news consumers would think non-Christian religions dominate Canada’s religious spectrum. Both cases are light years from the truth.

Has Canada transitioned to a society in which “prejudice is power?” Cultural Action Party believe it to be the gospel truth. The movement to empower special interest communities is ubiquitous in Justin Trudeau’s “no core identity” Canada. Simply put, everybody’s doing it– government, media, corporations, universities, elementary schools, healthcare.

Then we have the “flip-side.” With every action, there is an equal and opposite reaction. Media are silent as the lambs regarding the running down of those responsible for the oppression.

“The white males of the [truckers] protest are a radicalization buffet for working-class pretenders marching against Canadian elitism fueled by pig roasts [and] legalized pot.”

It’s all-the-rage in our country– denigrating white Canadian males has transitioned to “woke” Canada’s favourite pastime. In a society passionately dedicated to “racial equity,” a singular exception exists: it is open season on targeting caucasian males.

The outcome is the most pertinent issue of our time: the rise of systemic prejudice against an identifiable community. It stands as a breach of Canada’s Charter of Rights and Freedoms, as well as a potential violation of our criminal code.

Media say nothing. What a piece of irony this is. In the main, Canada’s leading publishers, editors and journalists are heterosexual Anglophones. Why the self-immolation?

This peculiar structure suggests an ominous condition. Such self-abasement is a non-organic development. On a sociological basis, communities do not attack their own. All of which smacks of an unnatural state-of-affairs. Somehow, legacy media have been manipulated into portraying a condition which doesn’t reflect reality.

A recent report from U.S. News & World Report sheds light on the topic. According to their study, Canada is the second best country for racial equality in the world.

How do government and media account for divergence in presentation? Simple as Nova Scotia apple pie– they say nothing about it. Positivism on racial equality has no place within government-media narrative. PM Justin Trudeau doesn’t indulge, nor does second-string woke quarterback Jagmeet Singh, leader of the NDP Party.

Distilling it down to a common denominator, we gain insight to a salient concept: social equality– or “racial equity” as the Woke prefer to call it– is a bid to accumulate political power. It’s working like a charm.

The new Canadian order as advanced by Justin Trudeau is steeped in power accumulation through suffering. If it isn’t a reality– as multiple international studies tell us– it will be manufactured. All of it suggesting post-modern political weaponry.

Canada is one of the most socially tolerant countries on earth. Why create a dust-storm of out context with reality? Yes, racism exists in society, as it does for 98% of countries on earth. Despite government-media vigilance, It is not a condition unique to Canada.

Rather, it is Canada–along with other nations within the “Anglosphere”— which are the most racially and sexually tolerant countries on earth. Put that in your legal marijuana pipe and smoke it, Justin Trudeau.