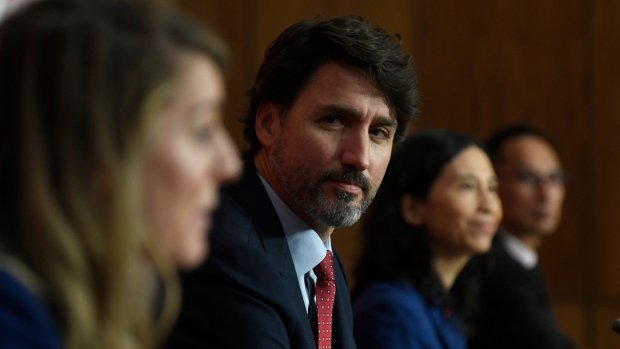 Cultural Action Party of Canada want to figure it out. Millions of common sense Canadians, including Conservatives, Patriots and other concerned parties want to understand.

Why does Prime Minister Justin Trudeau manage–or mismanage– the nation of Canada in the manner he chooses? Seems to CAP that it is more than reasonable to state that our nation in 2020 is light years away from what we were in 2014. This was, of course, at a time when Justin Trudeau was not prime minister.

It seems like ancient history, yet previous to 2015 Canada was a properly functioning democratic society. Far from perfect, of course. Social conflict certainly existed, but not on the catastrophic level is had since the advent of PM Trudeau.

One question popular among concerned parties remains constant–did he, or didn’t he? Upon election, was Mr. Trudeau’s personal intent to scramble our society into the mess which today permeates Canada from coast to coast? Or rather, could Trudeau be merely a puppet in an international agenda of national decimation?

Perhaps the following theory can provide insight. Let us now consider a hypothetical concept. Before we get into this, let’s ponder on the idea that Justin Trudeau is a highly impressionable individual. CAP can easily see world powers that be whispering into his ear that he has an opportunity to fulfill his narcissistic fantasies.

“By elevating Canada to a population of 100 Million citizens, you’ll have the power and the glory forever and ever”– something along these lines.

Considering this thought, suddenly all the societal chaos comes clear: Trudeau is working to fulfill this goal. The largest immigration quotas in history attest to this. What speaks even more, however, is the open border society ethos instilled post-Trudeau election.

Previous to the Covid pandemic, every element within society has been geared toward population growth. Online citizenship approval, the highest refugee quotas in history, a 400% increase in Family Reunification policy.

Away from the media spotlight, we discover this: “The Century Initiative”–

“We advocate for policies to increase Canada’s population to 100 million by 2100. And we support the long-term thinking and planning required to manage this growth well – ensuring a high quality of life and standard of living for all Canadians.”

“COVID-19 has taught us that our prosperity is fragile. The decisions and actions we take now will determine whether Canada continues to grow and prosper in the decades to come.”

Concerned Canadians should take serious note of this proclamation. Within lies a contradiction of major proportions. In reality, Covid exists as an impediment to a 100 Million objective.

What to make of this? Here, CAP can only speculate–which we will do post-haste:

One day, the Covid epoch will end. As with the promotion of the Pandemic, this dynamic is largely political. Covid 19 brings transformation of an untold variety. In CAP’s opinion, Canada will emerge from the pandemic debacle as a socialist nation. Democracy is to be relegated to pre- post modern society. In this manner, the 100 million hypothesis becomes much easier to comprehend– and so our pending transition to socialism.

Here’s how it rolls: Canada can only grow from its current 38 Million citizens to 100 million by the year 2100 if said citizens are financed by government.

A purely democratic, capitalist structure cannot do the job. See how neatly this fits into the political will of not only Justin Trudeau, but Pierre Trudeau before him. Communism, social engineering– both hallmarks of the Trudeau family’s preferred form of governance.

In other words, the fulfillment of the dreams of Justin Trudeau. No wonder he took off like a rocket–psychologically fuelled by an inheritance of Mother Margaret’s manic personality traits.

The goal is a 100 Million population. The method is a transition from democracy to socialism. Ever wonder why for  the past 50 years the Liberal Party has remained a sycophant for the communist government of China?

Because Canada is earmarked to eventually become a post-modern China. Not identical, of course–more of a so-called “progressive” model of the behemoth nation.

Media say nothing, because within a communist society, government and media function as a single entity–surely another sign of the coming socialist storm.