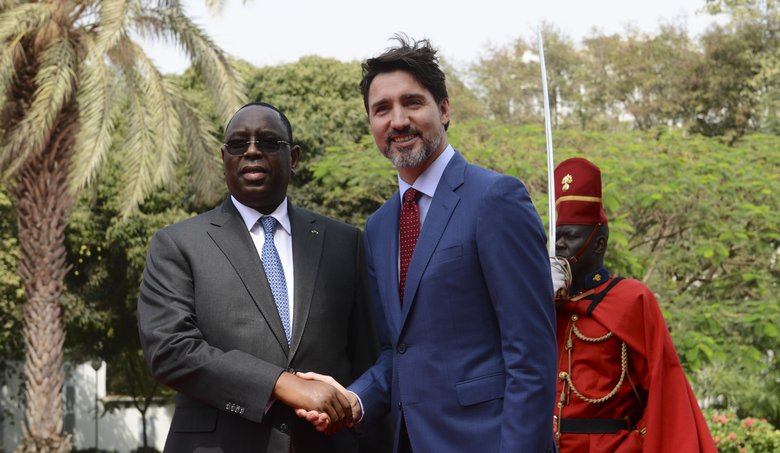 “Canada is a post-modern nation with no core identity.”  Thus proclaimed a freshly-minted  Justin Trudeau soon after capturing the crown of Canada in 2015.

How many Canadians agree with him? No one knows-because not a single Canadian had an ability to agree or disagree–the King of Canada just went ahead and decided upon our identity without the buy-in of a single citizen. How “Trudeau Dynasty” is this?

More Trudeau proclamations: “Diversity is Canada’s Strength.” Oh yeah, buddy-boy, how many Canadians–other than those receiving Old Stock Canadian tax-dollars to run down Old Stock Canada—agree with this little tid-bit? Once again, zero buy-in from the general population.

Now, after four-plus  years of Trudeau’s fancy silk outfits and blackface mania, it turns out the majority of Canadians believe our nation to be “more divided than ever.”

Huh? How does this work, Mr. CBC? Can you explain this social inversion for us, Ms. Globe & Mail?

CAP has thoughts on this one: The fact that the majority of Canadians believe Justin Trudeau’s government has resulted in division and  fragmentation of  society will make absolutely no difference to the Trudeau- Third World Globalist agenda–not a shred.

Pourquoi? Because with Trudeau and his posse of national culture-killers, nothing ever changes. Their agenda is immutable–it will be cast-in-stone for every day Justin Trudeau remains PM–regardless of how media work to obscure this unpleasant reality.

A new Ipsos survey asked Canadians whether they disagreed or agreed with the following statement: “Canada is more divided than ever.”

Wonderbar. This is a stone-cold validation that Justin Trudeau has elevated social consternation within Canada to its highest level in modern Canadian history.

What–if anything– will the Liberals do to change this public perception? CAP has a theory: Based upon the Trudeau’s political performance to-date, we believe the following will occur:

Trudeau will mouth the words of his strong-pullers, which will consist of nothing less than 100% deception and lies. Why do we say so? Because this is the Liberal-Globalist methodology in reaction to EVERY piece of public opinion which counters the globalist will and agenda of the Trudeau government.

CAP Conclusion: Our ruling government care not one iota about public opinion. What governments of history are cut from the same cloth? The former U.S.S.R. The communist government of China. Fidel Castro’s Cuba, as well as the theocratic governments of Islamic and African nations.

In other words, the nations the Trudeau family most admire. As for true democracy and freedom of speech, Canadians can all go jump in Lake Ontario–King Justin doesn’t give a damn. Public opinion? Will of the majority? Pure tedium for the exalted Justin Trudeau–just as it was for uber-intellectual communist enthusiast, Papa Pierre Trudeau.

“Unsurprisingly, agreement was highest in the provinces where support for separation is highest. In Alberta 79% say Canada is more divided than ever, while 77% say the same in Saskatchewan.”

“Yet, that sentiment is clearly felt across the nation, with 54% in BC, 58% in Manitoba, 56% in Ontario, 54% in Quebec, and 66% in Atlantic Canada saying our country is more divided than ever before.”

What can be said here? it is literally impossible to seriously claim that PM Trudeau is a competent PM. Then again, a school of thought does exist which claims that “disunity” is the actual goal of the ruling Trudeau government–regardless of whether or not this reckless, immature national leader understands what the frack he is doing.

Alberta separation? At its highest point ever. Quebec separation? Revitalized under Justin Trudeau. Are we getting the picture here, fellow patriots? Hope so–because we will never be reading material of this nature within establishment media publications in Canada.

Attention fellow Canadians–Justin Trudeau is killing your country. As CAP claimed from day one( our followers cannot deny!), Justin Trudeau is a destroyer. He is little more than a hired gun in the hands of globalist forces working to destroy 153 years of Canadian identity, and trans-form our country into a pseudo-communist, religious totalitarian nation.

If Justin Trudeau manages to survive through his second four-year term–or even worse–win a third term as PM, Canada as we know it will be destroyed.