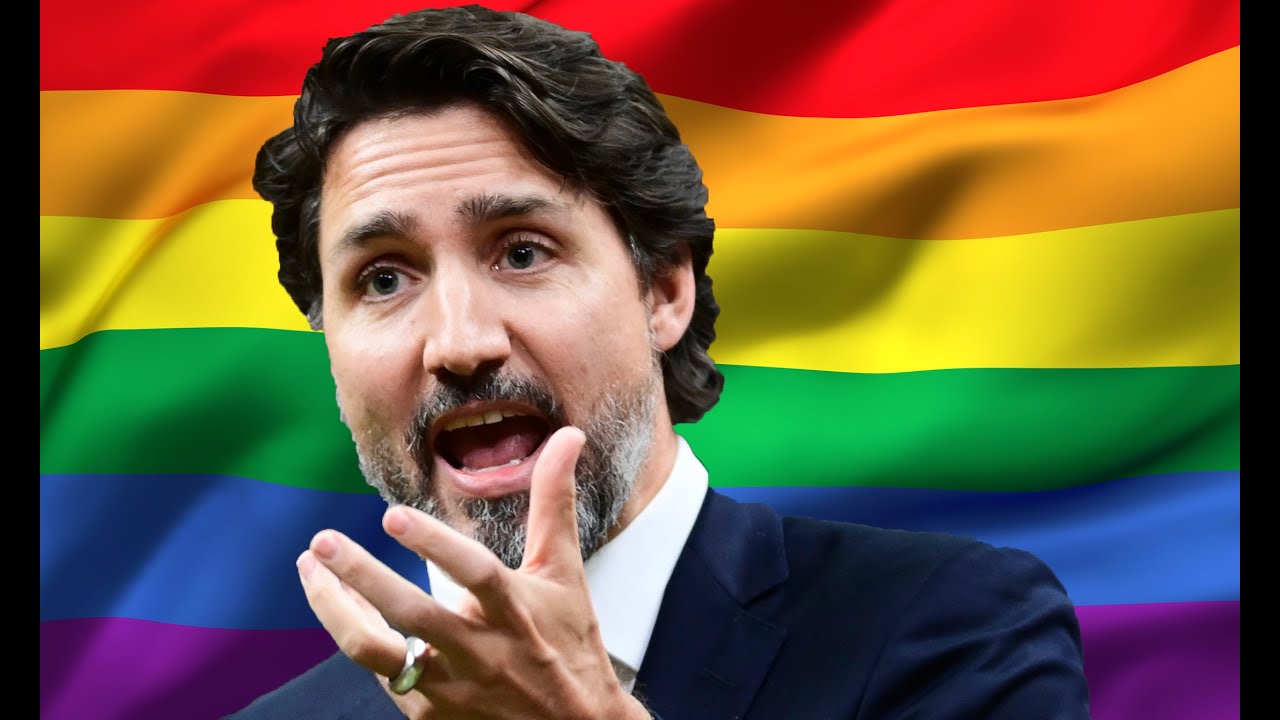 While mainstream media in Canada are unlikely to report it, a recent poll on a contentious social issue speaks volumes:

“A new poll has revealed that a majority of Americans will not vote for candidates that support the medicalized gender transitions of minors.”

The poll, conducted by The Trafalgar Group in partnership with Convention of States Action for The Post Millennial, found “that 72.7 percent of Americans are unlikely to vote for candidates that support child sex changes or medicalized gender transitions for minors, through puberty blockers, cross-sex hormones, and body mutilating surgeries.”

“As we continue to the work towards building an inclusive Canada, we also commit to speaking out against the harmful impacts of transphobia and discrimination on the basis of gender, in all its forms.”

“We stand with Trans communities in Canada and around the world.”

Speaking of “around the world,” CAP offer information on transgender conversion in the United States:

Footage of Nadia Dowshen appearing before the Pennsylvania Health Committee hearing on Appropriate Care Models for Transgender Adolescents in Sept 2020 was uncovered by parental rights advocate Megan Brock, and shared on her Twitter account.

“Dowshen is asked at what age ‘top surgery’ generally happens. She explains that while major medical professional organizations recommend that there is no lower age limit for performing double mastectomies on adolescent girls, at the CHOP clinic, the girls are generally aged 16 and over.”

Wunderbar. Is this a form of political advocacy supported by PM Justin Trudeau, Liberal Cabinet member Marci Ien, and the rest of Canada’s “woke” political brigade? Is their not even one sentence the Liberals could issue related to potential physical and psychological harm manifest in transgender treatment and surgery?

Why the carte blanche, “progressive” ones?

Naturally, mainstream media never pose this question to government. Social policy as mandated by Trudeau’s Liberals is not to be toyed with.

The press may take pot-shots at Trudeau regarding fiscal stability and carbon taxation, but socially-oriented policies remain sacrosanct. Transgender procedures at any age is a standard of Canadian society. Neither health critic, nor media, or so-called “experts” in our educational system have frack-all to say in condemnation.

Why? What is it about trans-for-youth which makes it an untouchable in Canadian society? We are speaking of anatomical alterations to human physicality among our youth.

Turns out that “institutional” Canada is all for it. How do 38 million citizens of our country feel about these issues? We don’t know, because we have not been asked. In terms of social policy, we never are.

Politicians and media refer to Canada as a democratic society. Here’s what Canadian law has to say about it:

Each one of these policies is devoid of democratic process. Which makes perfect sense. Pourquoi? Because each one is a by-product of Trudeau family decision-making.

The Trudeau boys have never much cared for democracy. Rather, their collective narcissism gives them the right to forge political policy based on what in their minds is absolute priority:

Our current PM maintains the same arrogance as Trudeau Sr. did in his time. Over-simplified it may be, put the proof is in the pudding. Our entire society has been transformed under the “leadership” of two communist enthusiasts– Pierre & Justin Trudeau.

“When asked by Rep. David Zimmerman what would be the youngest her clinic would refer a girl for this surgery, Dowshen replied as young as age 14 before stating that the majority of bilateral mastectomies are performed on girls between 16 and 18.”

“I think it’s really important to remember that age is a number,” continued Dowshen.

You think, do you? CAP couldn’t give a hot damn about your twisted opinion. Polls are showing citizens do not want to buy what you are selling.

Of course, the cretin is not the only one “selling” transgenderism. So is a little industry called Big Pharma. LGBT in the modern era is big business on an international scale. Well, not entirely international. Theocracies such as Saudi Arabia and Iran don’t bother with the idiocy. Nor does Trudeau’s beloved hero-nation of China.

Somehow, all of this is omitted from the transgender narrative. The “human rights” element is the alpha and omega of the Trans industry. On this basis, Canadians can bet their bottom tax dollar our Liberal government will be there with rainbow-coloured bells on.

It’s the way the “woke” roll. Sugar coat it with government empathy for “minority rights” and such, and government can get away with anything.

It’s exactly what is happening. Don’t you know? Canada is a country under a comprehensive program of social seduction. Within the structure, Trans plays a vital role. As do other “preventative” measures such as abortion and Euthanasia.

“Today is International Transgender Day of Visibility. This day highlights our friends, family, colleagues, and neighbours who contribute uniquely to the diversity in Canada. It is also a day that raises awareness about Trans communities and discrimination fuelled by transphobia that is a lived reality for many in Canada and around the world.”

“Fighting for gender diversity and equity benefits everyone.”

What a load of hokum. No wonder see Mr. Trudeau as little more than a plastic fruitcake. Please, Mr. Justin, tell us how transgenderism is a benefit to this man:

“The father of a transgender teenager has been sentenced to six months behind bars after exposing sensitive personal and medical information about his son, in violation of a publication ban intended to protect the boy’s privacy.”

Blimey–sounds rather “fascist” to CAP. How shallow this Trudeau character is. Transgenderism is a complex social issue with myriad ramifications affecting Canadian families in a destructive manner.

Yet, it’s all “fun and games” for our prime minister, MP Marci Ien and the trans-pushers they fund with our tax-dollars. Time has come to turn the tables on institutionalized transgenderism in Justin Trudeau’s neo-communist Canada.

1 thought on “Majority Polled Do Not Support Transgenderism For Minors”