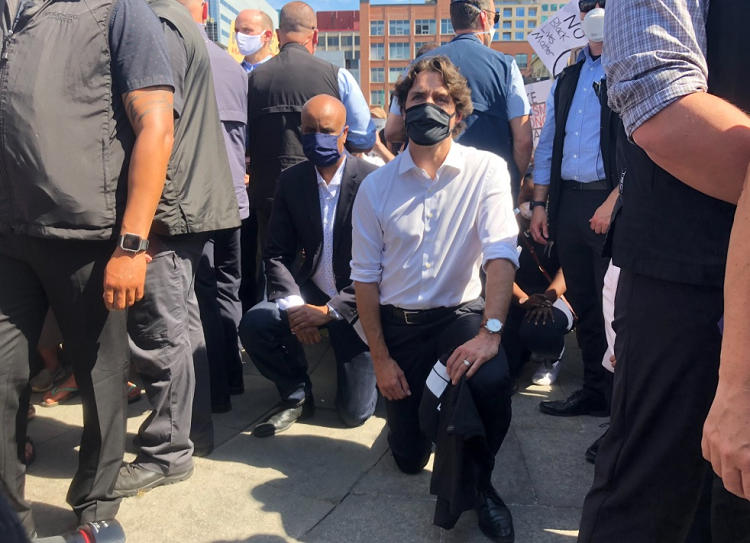 “Immigrants who arrived within the past five years commended Canada’s “fair treatment” of all groups by a wide margin, 78%.”

So says Blacklock’s Reporter-– no doubt an organization our Liberal government and media could live without. Talk about defying a publicly accepted social standard.

Since the day Justin Trudeau became prime minister in 2015, government and media have walked an ethnically-obsessed warpath As readers know, Canada is racist, bigoted, xenophobic and homophobic. The circumstance is hard-wired into society. The liberal left call it “systemic racism.” To ensure the cap fits, Justin Trudeau and NDP Party leader Jagmeet Singh have branded Canada genocidal regarding Aboriginal communities.

All to discover that racialized Canadians are satisfied with their treatment as new arrivals. What gives? Having followed these patterns since day one, Cultural Action Party offer an educated guess:

It is not reality–but rather re-orientation– that motivates Canada’s ruling institutions. For media in particular, racism is revenue. CBC, CTV, Globe and Mail— all understand that from a sociological point of view, nothing stirs up the brain cells like racism. Except for sex, that is.

As a result, racism and bigotry have transitioned into an ersatz industry. On the political side, this is capable of moving mountains.

A quote from Fox News host Tucker Carlson explains it best: “the quickest way to control a society is to turn it against itself.”  In 2021, it is Canada’s “progressive” modus operandi.

Fact is, all Canadian could discover this– but they won’t. Media’s job is to conceal the evidence, which they will do for all long as humanly possible.

“Immigrant respondents, 63%, were more likely than Canadian-born respondents (43%) to be proud of Canada’s treatment of all groups in society,” said a Statistics Canada report.

This makes good sense. Why on earth would white Canadians be proud of their country when our prime minister just spent six-years beating into our brains how awful we are:

So says three-term winner, Justin Trudeau. Yet, the simple truth is that Canadians have a choice. We do not have have to despise our country as Mr. Trudeau does. The only problem is, the propaganda is so ubiquitous that citizens continue to buy into it.

READ MORE: The Danger Of Dividing Canadians According to Ethnic Identity

Leaving the biggest question of all for astute Canadians to ponder: why does government and media– along with academia– promote the hatred of our nation?

There must be a reason. We are forced to turn to speculation. CAP’s best guess is that a fundamental national transformation awaits 38 Million citizens. Based on granular-level observation, our instinct tells us the following:

Canada’s days of democratic governance are numbered. In its stead will be political authoritarianism. A neo-communist society, if you will. Justin Trudeau knows this, and  promotes it accordingly.

After all the media consternation, it turns out new immigrants are by-and-large happy with our country. Why is it that government, media and “multicultural” non-profit organizations constantly say otherwise?