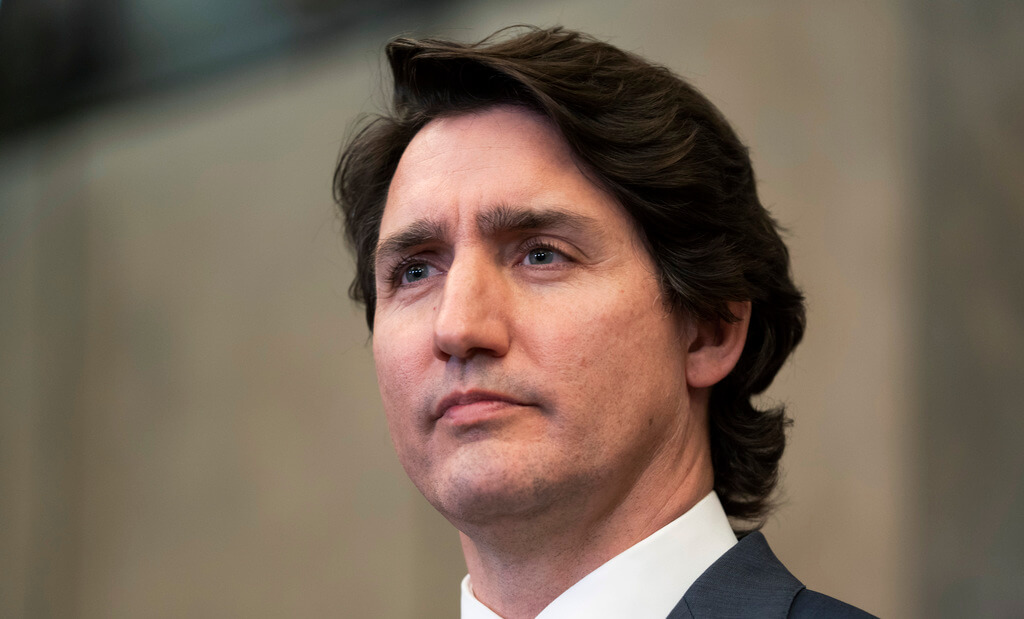 In his acceptance speech after winning a third term in office, Prime Minister Justin Trudeau sought to downplay the divisions within Canada, saying “that’s not what I see.”

A poll from Maru Public Opinion says he is wrong. A Nanos Research Group poll finds that just 17% of respondents believe Canada should accept more immigrants to our country. Trudeau responded by establishing the highest immigration quotas in history. The Liberal government target stands at 451,000 migrants for 2024.

In the meantime, 77% of survey respondents said Canada feels more fractured than ever. 52% said Canada’s democratic system is broken and “needs a major overhaul.”

The latter statistic fits Cultural Action Party philosophy. A slim yet astute majority recognize an erosion of democracy over the past decade. While Covid is used to justify loss of personal freedoms, a more cynical approach believes it would have happened regardless.

Meaning that it has been done with intention. Is an erosion of democracy simply a by-product of Trudeau’s addiction to power? Is this a natural development within a continuum of so-called “progressive”politics?

CAP believe the situation constitutes a playing out of pre-meditated political subterfuge. Based on the Covid pandemic, Canadians are being led down a path to a demise of freedom espoused within the Charter of Rights and Freedoms. Beneath the surface, an agenda of political subterfuge is setting up our nation for transformation to a post-modern dictatorship.

Nothing in history can hold a candle to an erasure of individual rights like the pandemic. From its moment of arrival, Justin Trudeau used it to re-orient society toward replication of his preferred nation of China. The piece Canadians have trouble seeing– due to government-media teamwork– is an institutionalization of neo-communist governance. Over a 25-year period since the Charter was entrenched in our constitution, its civil rights contents defined the very fabric of our nation.

Then came Covid. Judges, lawyers, and Canadian media have not a single comment on pandemic-related impediments of Charter rights. The ubiquity involved is so uniform one would think it an act of pre-meditation. Can it be that an erosion of personal rights is, in fact, a goal of government?

What is more effective: to shout out to world that Canada’s days of democratic governance are numbered? Or to utilize a secondary methodology– a substitute social condition– to get the job done?

At this point in Justin Trudeau’s near seven-year run as prime minister, the public tide has turned against him. That is, if there  ever was an organic tidal wave of support for the man in the first place. From day one, everything that emanates from the PMO smells like authoritarian spirit.

Today, most Canadians are unimpressed with Mr. Trudeau. Millions are fed-up with his tedium– the smugness, the wokeness, the rest of his globalist pretensions. Yet, on the throne he remains.

As it transpired, a non-Liberal federal party leader named Jagmeet Singh did Justin Trudeau the favour of a lifetime. By signing a Liberal-New Democratic Party partnership agreement, the NDP Leader has locked Trudeau in for a minimum three-year run as PM.

Perceptive Canadians are outraged. So much so that Mr. Singh has joined Mr. Trudeau in the “Holy Cow, I cannot step out into the public without a so-called racist screaming in my face” category.

These two deserve it. A majority of Canadians resent both figures– a situation emblematic of a fundamental split in society:

The public want freedom and democracy, while the Liberals institute neo-communism. They are joined by a holy host of others: media, academia, healthcare, corporate Canada. In pushing the woke revolution, “grass roots” citizens pull their hair out. To deflate the impact, government instruct CBC and corporate media to brand these people racists and bigots.

Still, Canadians can feel it in their bones– something is desperately wrong in our society. Because media refrain from theorizing, never will they allude to what may reside at the heart of the matter. Even the “experts” in academia will never speak of it:

To substitute race and gender for “class warfare” is to discover that communism lies at the heart of Justin Trudeau’s woke revolution.