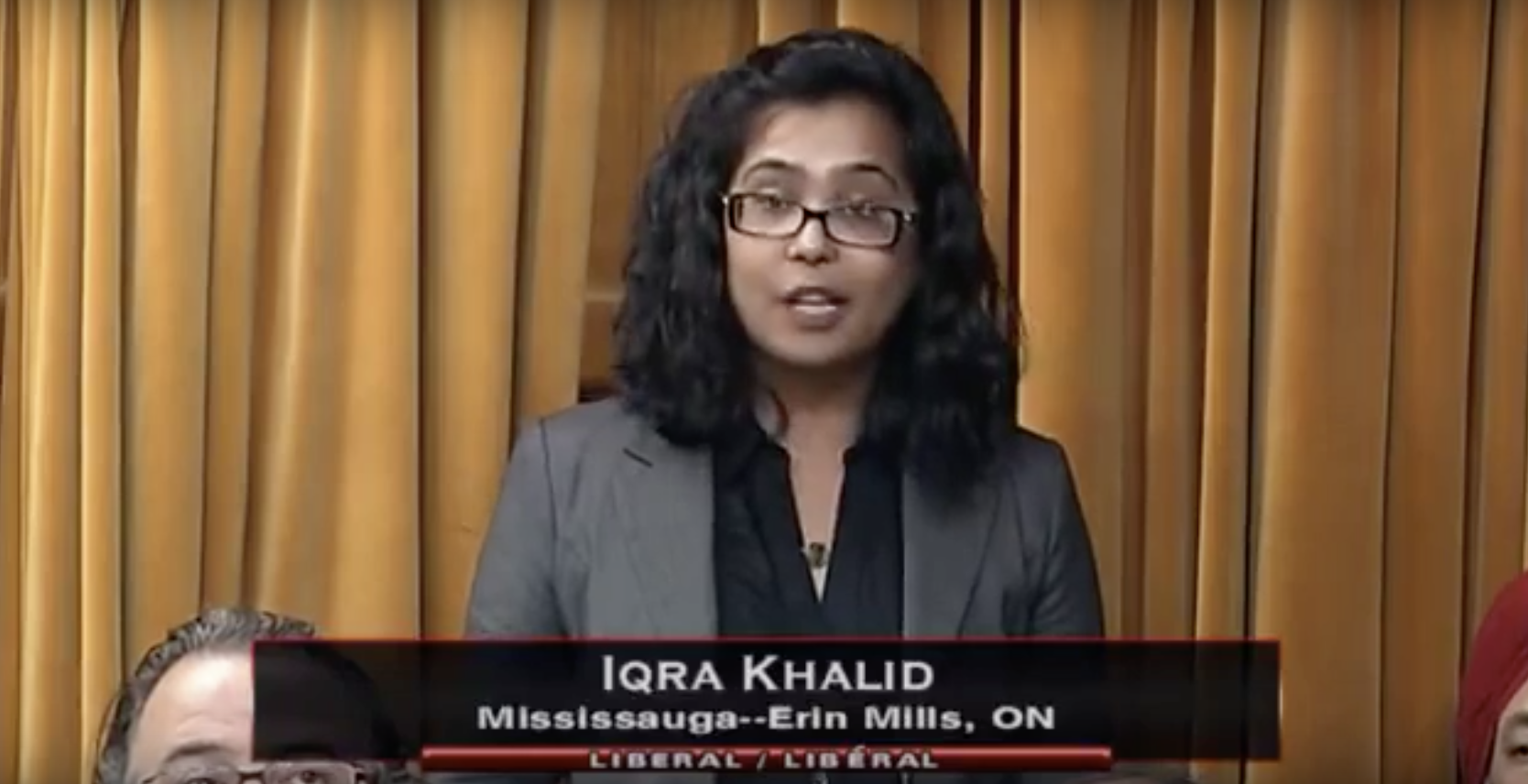 MP Iqra Khalid, founder of M103--a government motion elevating Islam above all other religions in Canada, has spearheaded a drive to strike comments made by  Conservative MP Michael Cooper from the government record.

After a testy exchange, MPs on the Commons justice committee voted 6-0 today in favour of the unusual move to purge Hansard, the official parliamentary record. Three Conservative members abstained from the vote. One Conservative MP, Michael Barrett, called the Liberal-led manoeuvre a “stunt.”

Yes, it is a stunt. One which affirms the concept that arbitrary muzzling of comments critical of ANY ASPECT of Islamic practise and ideology must be in itself an act of racism.

MP Cooper’s commentary does not even COME CLOSE. The Alberta MP told Faisal Khan Suri he should be “ashamed” after he drew a link between “conservative commentators” and the online history of Quebec mosque shooter, Alexandre Bissonnette.

In no manner is this racist or bigoted. The comments do not breach Canadian hate laws, nor are they in violation of our criminal code. There is no breach of Charter rights. These are the concrete elements necessary for an act to be racist.

MP Iqra Khalid eschews the ENTIRE PROCESS. For this Sharia Law supporter, ANYTHING SHE or her community deems racist, is racist. Bollocks. A politically correct pile of parrot droppings.

Either the LAW has relevance and meaning, or it does not. For Khalid–a half-Canadian import from Pakistan— nothing matters except what she and others like her DEFINE as racism. This is a LOSING GAME for the rest of us–some 95% of Canadians who are non- Muslim.

Will another half Canadian Liberal politician, Ahmed Hussen of Somalia, challenge Ms. Khalid? Yes– on the 12th of never. How about half-Canadian Liberal MP Omar Alghabra?

All these figures have been MP’s for just under four years. During this time, not one of them has issued A SINGLE WORD critical of any Islamic practice. Female Genital Mutilation? Not a PEEP. Sharia Law-endorsed child marriage?

Both are proven to have occurred in Canada, yet NO POLITICIAN–including yet another import from the Middle East, Minister of Status of Women Maryam Monsef, has uttered a  word against these practices. Not regarding Canada, or ANY OTHER nation on earth. As it happens, Hussen’s Somalia is the world-wide LEADER in cases of FGM.

Basically, MP Iqra Khalid wants Canadians to SHUT UP. According to this ethnocentric, Islam is sacrosanct in Canada. Yes, go ahead and  bash Jesus Christ all you want–no problem there. But say ONE WORD AGAINST ANY ASPECT of Islam, and you are a bigoted “islamophobe.”

What a TRAP for the Canadian majority. Iqra Khalid supports hard line anti-Christian and anti-Jewish IMAM’s and religious figures in Canada.

In 2018, MP Khalid dedicated a park in Winnipeg, Manitoba, to the mass murdering founder of her beloved Pakistan.  She has labelled average Canadians racists and bigots on multiple occasions, yet never once condemned Pakistan for its virulent racism against Christians. What a DISGRACE!

With multiple polls telling Canadians Justin Trudeau may well be ousted as prime minister come October, it is likely his gang of ethnocentrics will be out of office as well.