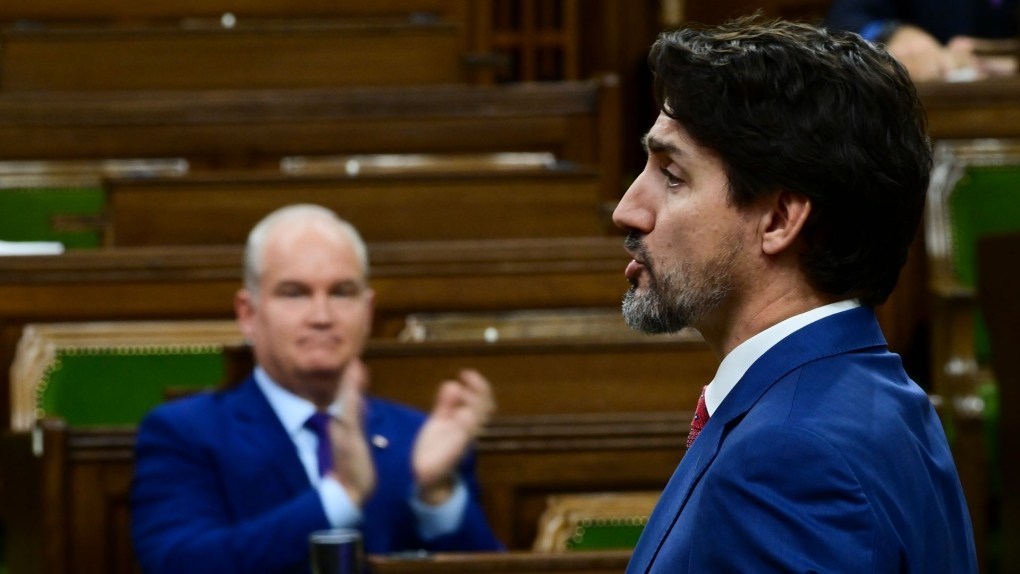 Harvey Risch, professor of epidemiology at the Yale School of medicine, has branded pandemic-related lockdowns “counterproductive.” Risch stated that  Covid lockdowns in Canada qualify as no less than a “massive epidemic of stupidity.”

In his so-called subversion he is not alone. Paul Elias Alexander, a PhD from the Health Services Department in Washington, D.C., stated the lockdowns are “driven by an ill-informed, sensationalized media.”

According to a recent Toronto Sun article, “Americans have pushed back more about lockdowns, but Canadians have greatly surprised him because they’ve just “acquiesced” and believe everything the government tells them.”

Now why would citizens of Canada do such a thing? Could an answer be found in divergence  between Canadian and American news presentation?

Not that the USA  is devoid of “Great Reset” propaganda.  Still, there is something special about media in Canada— a quality which makes it unique relative to American news.

Under Prime Minister Justin Trudeau, CBC, CTV, Globe & Mail, National Post and the like are 100% “in the pocket” of government.

Our Liberal government and media are today business partners — a tag-team of Great Reset propaganda distribution. As a result, most Canadians buy what they are selling– pandemic rhetoric in particular.

“Once an epidemic has spread widely in a population or around the world, there’s no chance you can eradicate the virus completely. Putting travellers in quarantine for 14 days is a waste of time.”

Then why do so? Some thoughts on this:

Number one is conditioning 38 million Canadians toward an acceptance of life within a communist-oriented society. This is Canada’s pending fate, and  incremental delivery is necessary for successful implementation. The pandemic is functioning as political subterfuge for this purpose.

A degree of social consternation is required for public acceptance of the transition. First comes Covid catastrophe, followed by pandemic-justified economic collapse. At this point, the public will be conditioned to accept–meaning to approve— an eventual transition from democracy to dictatorship.

Enter stage leftist– Prime Minister Justin Trudeau. This person really is a post-modern prime minister. His job is to serve as a conduit for an axiomatic national transformation. Out of the dust of the Pandemic era shall arrive a Canada that couldn’t be imagined in the dreams of the founding fathers of our nation.

Speaking of dreams, Justin Trudeau’s psyche is jam-packed with such. Cultural Action Party will venture a guess as to what is contained within:

A Canada with a population of 100 million citizens. An end to democratic governance. A citizenship compliant with all government imperatives. No push-back from the public– no pesky “little people” and their tedious demands.

No elections. Total media compliance with the will of government. Social engineering as a staple of society. The demise of English Canada. An erasure of the form of freedom and democracy which existed from 1867 until Justin Trudeau arrived in 2015.

Is Covid not a perfect catalyst for accelerating this process? As it happens, the source of Covid is China. Speaking of China, is the social condition described above NOT indicative of present-day life within this communist country?

Is China not the self-proclaimed favourite nation not only of PM Justin Trudeau, but also his brother Alexandre Trudeau, as well as Pierre Trudeau before them?

There it is in black and white. Going off-topic, it just so happens that Trudeau’s quasi-communist government are about to introduce laws inducing major censorship of “non-compliant” websites on the internet.

Cultural Action Party of Canada expect to be one of them. This way, theories expressed herein will never reach the consciousness of the Canadian people.

How “communist China” is this? Witness as Justin Trudeau walks a once free and democratic nation down the plank to a socialist dictatorship on the heels of the Covid pandemic.